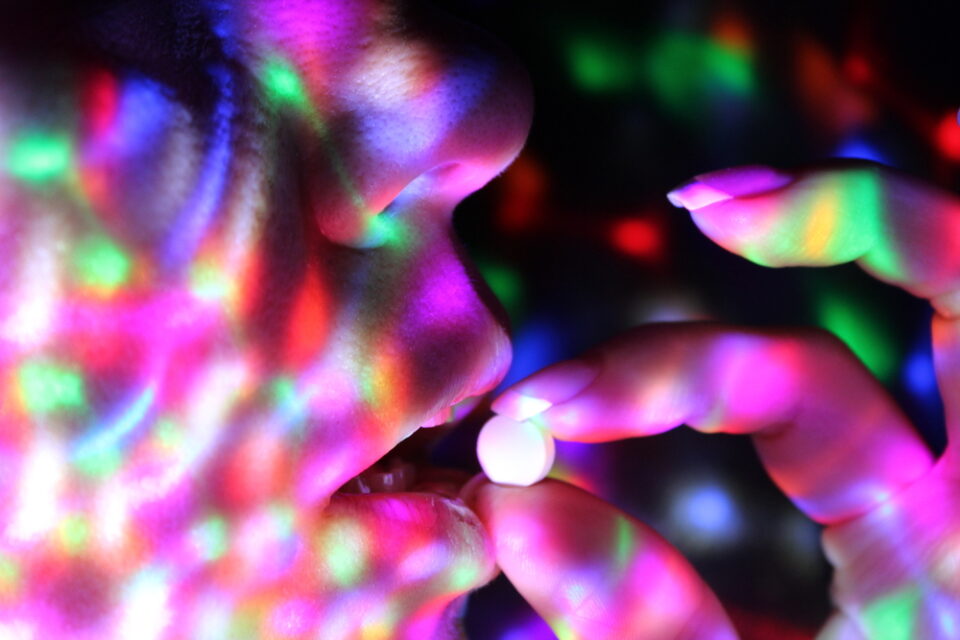 Trying psychedelic therapeutics can be a profound life-changing experience. Most participants in clinical trials report immediate relief from the issues that brought them to try psychedelics in the first place, whether it is understanding what causes their depression, how to deal with PTSD or just coming to terms with the demons deep within their consciousness.

But there’s a catch.

Psychedelic therapy requires a leap of faith by participants about what is going to happen to them, even in a controlled clinical setting. Psychedelic therapy can be challenging, with troubling visions and thoughts of feeling “dead” – even visualizing your death – or even scarier scenarios.

According to one research article, some N,N-Dimethyltryptamine (DMT) clinical participants reported finding themselves in an alien environment surrounded by entities that seemed to have hostile intentions: “I was shown a frightening entity and within its tentacles was my human self. Not only me but many others as well. It was unreal. It was as if it were feeding on our souls.”

All classic psychedelics currently in clinical trials – such as LSD, MDMA, DMT and psilocybin – involve the participant seeing mystical images, hearing strange sounds and, in some cases, feeling as if they died.

The whole experience can be overwhelming if not carefully designed for the specific set and setting, with the proper therapist assistance before and after the experience. That is why harm reduction techniques, and getting informed consent, are critical tools for clinicians to use today.

Now researchers have come up with a way to compare near-death experiences (NDE) to psychedelics-imagined “death” experiences in an effort to learn more about both.

A recent study demonstrated potential similarities between both DMT experiences and NDE, including the subjective feeling of transcending one’s body and entering an alternative realm, perceiving and communicating with sentient “entities” and themes related to death and dying.

The study reported that commonly described features of the DMT experience include a feeling of transcending one’s body and entering into an alternative “realm”, an acoustic perception of a high pitched “whining/whirring” sound during the onset of the experience, perceiving and communicating with “presences” or “entities,” and reflections on death, dying and the afterlife.

The reported vividness of both subjective experiences have led to NDE experiencers and DMT users alike describing the states they enter as “realer than real.”

Another report found that medical unconsciousness was significantly more prevalent among the DMT group relative to the other classic psychedelic drug groups.

The NDE experience has been associated with long-term positive changes in psychological well-being and related outcomes, such as:

There were similar long-term positive changes with classic psychedelics. For example, psilocybin was found to reduce the psychiatric stress of dying. One study found that psilocybin-facilitated therapy may enhance the psychological, emotional and spiritual well-being of patients suffering with life-threatening cancer.

These new studies about NDE and psychedelics build on the findings that psychedelics researchers have known for years. In 2016, Roland Griffiths, professor in the Departments of Psychiatry and Neurosciences at the Johns Hopkins University School of Medicine, did a series of studies on psilocybin and people with a fatal cancer diagnosis facing end-of-life distress.

His research found that the psilocybin experience enabled a sense of deeper meaning and an understanding that, in the largest frame, everything is fine and there is nothing to be fearful of.

Griffiths described what he found out in an article published in Scientific American: “There is a buoyancy that comes of that which is quite remarkable. To see people who are so beaten down by this illness, and they start actually providing reassurance to the people who love them most, telling them ‘It is all okay and there is no need to worry.’ When a dying person can provide that type of clarity for their caretakers, even we researchers are left with a sense of wonder.”