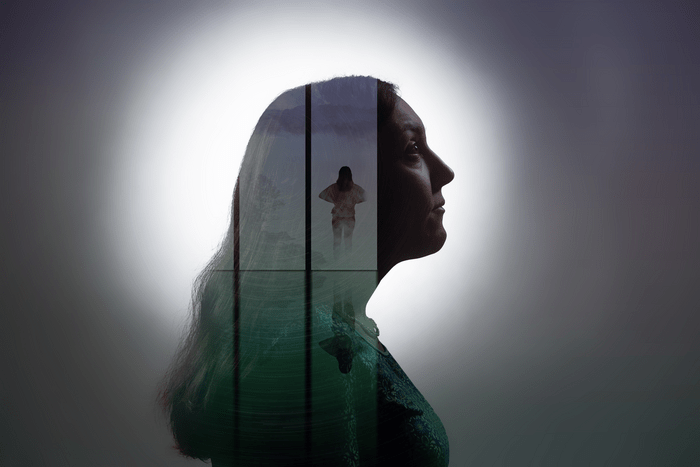 Psychedelics such as magic mushrooms offer promise for addressing addiction, post-traumatic stress and other difficult-to-treat conditions.

But University of Cincinnati postdoctoral researcher Neşe Devenot says the field is fraught with ethical concerns and financial interests.

In a peer-reviewed essay published in the journal Anthropology of Consciousness, Devenot and her co-authors look forward to a culture that makes these medicines available in a safe and affordable way that respects the traditions behind them.

“Psychedelics have a lot of potential. But how they are approached matters,” said Devenot, who works in UC’s Institute for Research in Sensing. (Read Psychedelic Research Renaissance.)

“Some people working in the field have their own financial interests in mind but not necessarily what’s best for people.”

According to Business Wire, the psychedelic medicine industry is expected to nearly double in value to $7 billion by 2026. North America is the largest market worldwide for psychedelic treatments, particularly for depression.

Meanwhile, states like Michigan and Colorado are pushing for decriminalization of psilocybin, the active ingredient in magic mushrooms. A referendum to decriminalize the possession and use of psychedelic mushrooms is on the ballot in Colorado this fall. Magic mushrooms are designated as Schedule 1 drugs, carrying the most severe penalties for possession or sale under federal law.

Psilocybin has been used in religious ceremonies in Mesoamerica and other places dating back thousands of years. The journal article noted that magic mushrooms hold spiritual significance for many people. Federal law exempts certain Native American religious uses of peyote and two Brazilian ayahuasca churches from drug prosecutions under specific conditions.

“Indigenous people have been using psychedelics for millennia. And they have been long persecuted for psychedelic or plant medicine practices,” Devenot said. “It’s problematic for big corporations to claim patents and monopolies on psychedelic medicine while these groups are still being prosecuted.”

The researchers said the irrational exuberance over the prospects of creating psychedelic treatment monopolies are incongruous with “the 6,000-plus years of R&D” by Indigenous and counterculture groups.

The researchers plotted the inevitable path for psychedelic capitalism of pharmaceutical companies “legitimizing” ancient plant medicines curated by Indigenous and counterculture traditions by ignoring the sacred context of those traditions and the importance of “set and setting,” the rituals and safeguards that long have accompanied their use.

Some of these companies are seeking exclusive rights to these treatments in the context of continued criminalization of traditional uses. In addition to the issue of appropriation, these attempts to restrict psychedelic access to medical contexts may strain an already overburdened mental health care system. Accordingly, Devenot argues that it will be important to consider the broader social impacts of any new policies related to psychedelic medicine.

“The reason people are excited about this field is there are promising developments in psychedelics,” Devenot said.

“Preliminary evidence suggests it seems to be helping people for a range of conditions notoriously difficult to treat for whom everything they tried in the past hasn’t worked: depression, addiction, PTSD and generalized anxiety,” she said. “But it’s still early days.”

When it comes to an experience as subjective as a psychedelic treatment, dosage and “set and setting” are fundamental, the authors wrote.

“Pharmaceutical companies should not be the ones dictating how people access these experiences,” Devenot said.

Likewise, financially interested parties should be careful not to over-promise the benefits of psychedelic treatments whenever new research is published.

“It’s not impossible to do this work in a way that’s ethical,” Devenot said.

Dark Side of the Shroom: Erasing Indigenous and Counterculture Wisdoms with Psychedelic Capitalism, and the Open Source Alternative