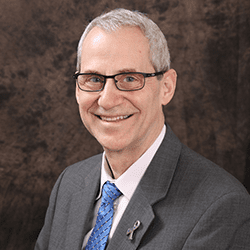 Housed within the FDA’s Center for Biologics Evaluation and Research, the once-tiny Office of Tissues and Advanced Therapies, which regulates all cell and gene therapy products, has been pummeled with a workload that now includes more than 3,000 active INDs.

“The reviewers and project managers in cell and gene therapies are really stretched,” he said, noting that over the last 5-10 years, the number of INDs coming in, and the meeting workload has grown at a pace that far exceeds personnel increases, “and that creates a stressful situation.

OTAT employs about 300 people, but thanks to the upcoming PDUFA VII reauthorization, it will look at adding about 100 more employees over the next four to five years. In terms of vacancies currently, Bryan said OTAT is looking to fill 40 to 50 positions, and many of those are to fill departures by FDAers who can make much larger salaries in industry.

“As OTAT has grown, the organizational structure has been a bit of a problem,” Bryan said. “We have some branches that grew to where a branch chief was supervising over 20 people…I’m very worried about turnover due to workload and reimbursement due to salaries not being competitive. We lost some really good people because they can go somewhere else and make a lot of money.”

Last February, OTAT underwent a major reorganization where its branch focused on gene therapy CMC split into two, and its cell therapy branch also split into two branches, as well. He said the focus now is to be sure new folks coming on board get the proper training and attention they need, and to be sure that OTAT is being consistent with sponsors across the office.

“We’re continuing to look at the structure of the organization and continuing to think about ways to ensure we’re being consistent for our responses and that’s particularly challenging as the science is rapidly evolving…what you said three months ago you’re not quite sure about anymore because new science and experience have come along,” he added.

Despite the heavy workload, Bryan remains optimistic about the promise of the cell and gene therapy pipeline, adding, “We’re not afraid to talk about cures.”

Mark Trusheim, strategic director of NEWDIGS at the Center for Biomedical System Design at Tufts Medical Center, previously told Endpoints that he expects about 64 product-indication approvals for cell and gene therapies through 2030.

Are $3M gene ther­a­pies the new nor­mal? Ex­perts say blue­bird will be a test case for a mar­ket ready for prime time

But Bryan also sought to “manage expectations” in terms of PDUFA VII and as far as how quickly OTAT will be able to scale up and meet the industry’s growth, with this nearly doubling of new resources for OTAT thanks to the user fee deal.

“The bureaucracy can be challenging, and then there’s the training time. Seeing the impact of PDUFA VII on processes will take some years,” he said.

On the topic of PDUFA-mandated guidance documents that the FDA has to develop, Bryan was blunt that there are some topics for which the agency doesn’t have anything to say so writing guidance documents on those topics isn’t usually useful.

“Our usual process is to see what’s happening in INDs, and the science, and see what stakeholders are interested in, and as we gain experience, we put together a team and put out a guidance,” he said.

On accelerated approvals, Bryan described them as “very useful” but also lamented the fact that “in some cases, I’ve had the sense the pharma company is dragging it out, not in a hurry to get that answer, and that’s frustrating for us and not fair for the patients.”

He also explained how as part of an outreach campaign at OTAT, they received more than 60 suggestions from stakeholders, and after discussions with division directors, they chose 30 suggestions to move forward with, some of which are guidance documents, white papers, and workshops. The first such workshop will take place on Thursday on gene therapy CMC.