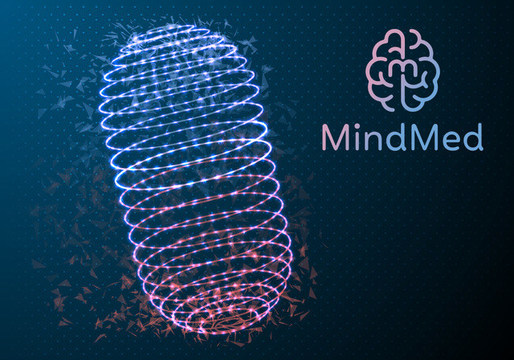 The article MindMed in Trouble? Serious Problems or Retail Panic? was originally published on Microdose.

MindMed in trouble? What a nice attention-grabbing headline (even if we try our best to avoid the click-bait thing here at Microdose).

Yet that seems to be the question on the minds of many investors. There’s been a string of events beleaguering the (former?) psychedelic fan favorite. First, there were the Freemans and their very public pushback against MindMed management. Then the dropping of their once promising 18-MC program for addiction. Then a reverse stock split that had retail investors bemoaning the state of their future retirement plans. And then the Freemans once again, this time with their controversial lawsuit around a former MindMed executive and the company’s IP.

Now we have news that MindMed has closed a share offering to raise additional capital.

Normally this wouldn’t raise too many eyebrows, as every company in the space will continue to use dilution to raise funds. If anything, a raise in this kind of capital-intensive industry is often seen as a long-term positive, as an additional $30 million helps the clinical trial piggy bank. Cash is generally king, especially in these tough financial times.

Yet it seems that the people have simply had enough. Retail investor sentiment is hurting, and with so much of MindMed’s support coming from retail investors this string of controversial news is beginning to affect the company image and its stock price.

MindMed shares are down — a lot. But this downward trend started over a month ago and was due to a wider market pullback based on macro conditions. Still, the share offering has had an outsized effect and has led to a serious drop this week.

But, for context, the entire industry has been down. Cybin, a company without any drama and considered a solid industry player, is down over 50% this month.

And to step out even further, the entire biotech sector has pulled back. The SPDR S&P Biotech ETF (NYSEARCA: XBI), an ETF that tracks the top biotech firms on the S&P was down considerably this month (before a recent bump up this week).

So while there are some legitimate questions around MindMed’s IP protection plans and shareholder compensation, this panic feels like a mix of a lack of patience by retail investors and the Freeman’s stirring the pot, perhaps unnecessarily.

MindMed is perhaps suffering from the curse of being a fan favorite. Retail investors and Reddit fans can help your stock hit the moon during short-term runs, but they can also panic and lose sight of the long-term realities of biotech time horizons. Here’s an example of the kind of sentiment on Reddit after MindMed’s share offering: “RIP to my fellow Mind Med Investors/Gamblers — title of one post from the popular “shroomstocks” Reddit community of over 55,000 users (I beginning to blame the GameStop and meme-stock phenomenon distorting retail investors’ expectations).

And what about the Freemans? Owners of over 5% of MindMed’s total shares, they are now attempting to call a shareholder vote and get more voting power on MindMed’s board. Are their motives actually in line with those of retail investors, or are they using the current downturn to get themselves in a power position within the company?

But like most things, patience (with some vigilance) is probably the most prudent course of action.

See below for the full share offering press release.

All of the securities are being sold by MindMed.  The gross proceeds from the offering to MindMed are expected to be approximately $30 million, before deducting underwriting discounts and commissions and offering expenses. The offering is expected to close on or about September 30, 2022, subject to customary closing conditions. No distribution under the underwritten public offering shall occur in Canada or to a person resident in Canada.

MindMed is a clinical stage biopharmaceutical company developing novel products to treat brain health disorders. We are developing a pipeline of innovative drug candidates, with and without acute perceptual effects, targeting the serotonin, dopamine and acetylcholine systems.