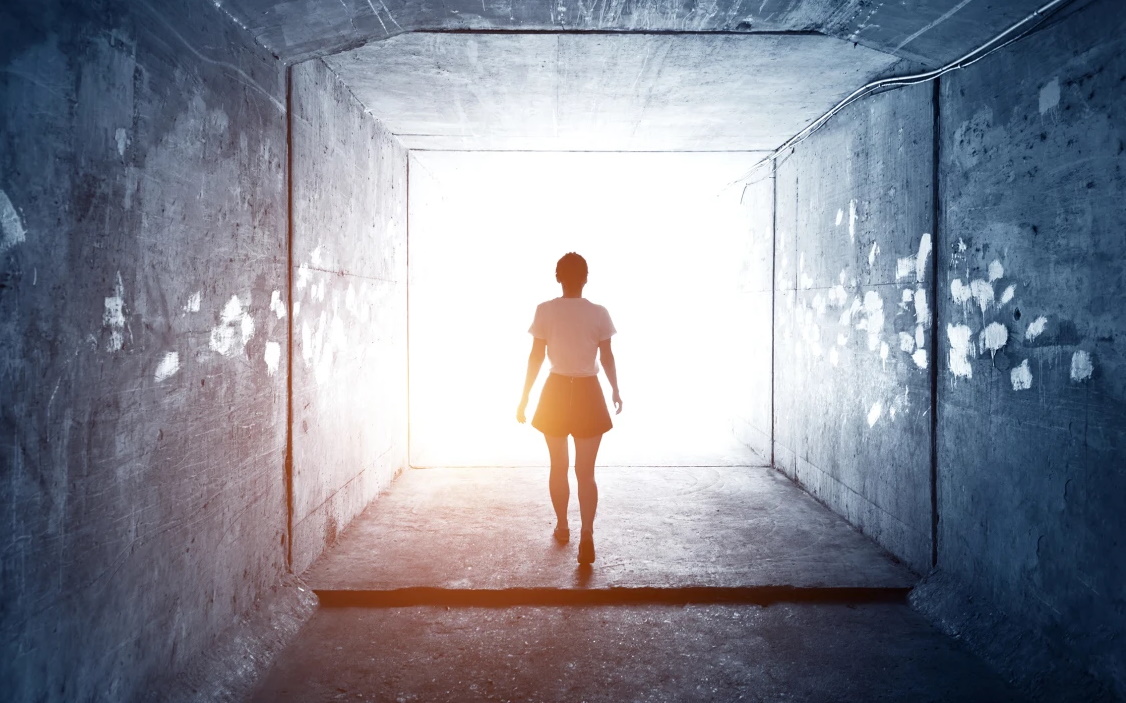 The article New Study Looks at Psychedelics and Near-Death Experiences was originally published on Microdose.

Borrowing from ancient Eastern teachings, Eckhart Tolle once reflected: “The secret of life is to die before you die, and find out there is no death.” This seemingly cryptic maxim conveys a rather simple truth: the experience of death, without physically dying, can provide invaluable insights into living and what it means to be alive.

Individuals who have had near-death experiences often speak of the enduring transformation following the experience. Similarly, those who embark on psychedelic journeys often allude to mystical experiences, the death of ego, a sense of oneness with creation, and how this experience changes their perspective on death and life.

Are psychedelic experiences similar to near-death experiences? If so, in what ways? And to what degree can each type of experience influence the individual’s perspective on death — and life — in the days, weeks and months afterwards?

A research team from Johns Hopkins University School of Medicine recently released their findings from a study comparing how psychedelic, near death and non-ordinary experiences can impact peoples’ beliefs about death.

The study was based on findings from a survey of 3192 people comprising five groups: a non-drug near-death or other non-ordinary experience group, an LSD group, a psilocybin group, an ayahuasca group, and a DMT group. Participants in the survey answered a range of questions that probed aspects of their experience, including their understanding of death; sensory abilities and awareness during the experience; whether they encountered mystical beings or deceased relatives, and the personal meaningfulness of the experience. The results of the survey offered some compelling insights into the similarities and differences between psychedelic, non-ordinary, and near-death experiences.

How psychedelic experiences can influence perspectives on death

People often rank a psychedelic journey as one of their most profound, life-changing experiences. The way in which psychedelics can influence perspectives on death has been well-documented. Research shows that for individuals with end-of-life anxiety, psychedelic trips can reduce fear of dying. Psychedelic trips can shift views on death in diverse ways via mystical encounters with otherworldly beings, the loss of ego, or feelings of oneness and unity with the wider universe.

As one individual who journeyed with DMT shared on a forum about psychedelic journeys and near-death experiences:

“On closing my eyes, I could see a bright light in the distance which was beckoning me. I was drawn to it and so let myself ‘go towards the light.’ As I got closer, I noticed silhouettes of people dancing and chanting, calling to me and welcoming me. I could not say who these people were, but what I could discern was these people loved me. I’m not sure if they said the words or not but the message I was receiving was, “It’s okay, join us. We’re so glad you’re finally here.”

“These faceless outlines and I had an inexplicable bond and I felt very strong emotions for them, somewhat akin to close family bonds. Meanwhile, the intense bright light swirled and took on every color of the rainbow as it did. It was like a ball of fire. It provided warmth. Not a physical warmth, but an emotional warmth. Like safety, familiarity… love. When the intensity of the trip began to wear off I felt myself moving away from the light and the people waved goodbye. I didn’t want to leave.I am not a religious person, but this experience really opened my eyes and has helped me better understand my interpretation of the process of dying. This is the ‘near death experience’ I have heard about a hundred times. Tunnel. Light. Loved ones. It’s the story, right?”

For Kerri Jarrett, founder of Sentimental Gems, a near-death experience occasioned by severe blood clotting in the lungs changed her life trajectory forever.

“I remember the day like it was yesterday,” recalls Kerri. “Time stopped for me, and I was hyper aware in a slow motion of EVERYTHING from sound, to smell, to taste. I no longer felt worried, or fearful.  I felt a sense of calmness and beauty like everything was going to be ok.  That day a version of me died, and I began to see life in a whole new way.  Many of the friends I had during that time said the Kerri they knew no longer existed; I even had some friends stop talking to me. Life has been so much more peaceful for me since. I’m also more sensitive to energies around me, to the point I can physically feel people’s energies.”

Beyond near-death experiences, other non-ordinary experiences that encompass altered states of consciousness (such as out-of-body experiences or OBEs) can also lead to similar experiences, altering how one perceives life and death.

So how do all these experiences — psychedelic, near-death, and non-ordinary — compare?

The Johns Hopkins research team found that the different groups surveyed were remarkably similar in several critical respects: They attributed substantial meaning to the experience, they had a significantly reduced fear of death, and there were positive persisting effects after the experience.

Some of the most notable similarities between the groups included the following:

Overall, the research findings offer valuable insights into the profound perspective shifts that near-death, non-ordinary, and psychedelic experiences can occasion. While there are subtle differences that distinguish the experiences, the prevailing truth is that all can produce beneficial, enduring changes in attitudes about death in general, the death of the self, and the death of others. What’s more, these experiences appear to count among the most meaningful of a person’s life.

For many of us, death can represent the ultimate frontier of the unknown and a source of abiding anxiety. This research highlights the transformative benefits of these experiences in shifting such perspectives. The next frontier, according to the researchers, is learning more about how these experiences occur, and harnessing their clinical utility to alleviate anxiety and suffering associated with death.

Interested in more like this? Check out Anchoring Peak Experience: The World’s First Study of VR and Psychedelics