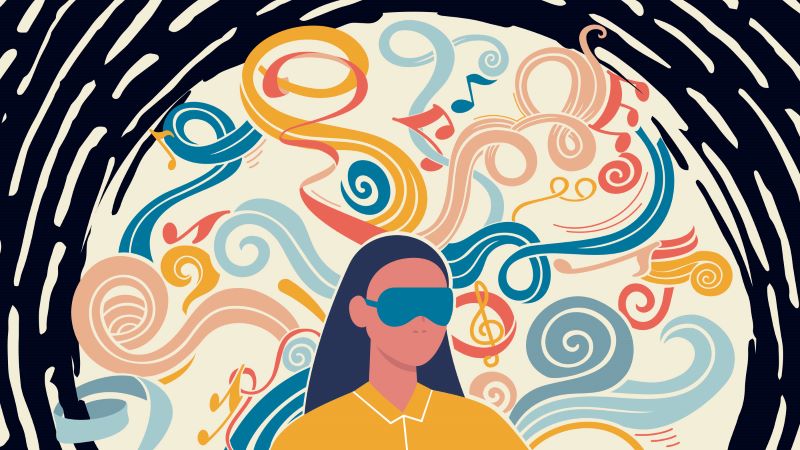 One of the biggest concerns for people who are considering taking psychedelics for their mental health is what they may have to endure as part of their treatment.

Facilitators or therapists will tell them they may experience ego dissolution, which is a compromised sense of self. They may witness mystical experiences with various frightening apparitions. Psychedelic therapeutics opponents even cite anecdotal reports of adverse effects of psychedelics to warn away anyone considering psychedelic therapy, even though they typically end within 24 hours.

What researchers are discovering is that psychedelics help rewire the brain, and the hallucinogenic aspect of psychedelics effectively disrupts activity within the brain’s neural networks to help develop stronger and more numerous connections between neurons.

Even the scary mystical experiences a patient endures from hallucinations are hypothesized to be instrumental in the lasting positive effects of psychedelics.

Right now, hallucinogenic medicines generally are not considered first-line treatments for mental illnesses, because many patients are reluctant to take them, or they have contraindicated co-morbidities or genetic predispositions, including vision or hearing impairment and learning disabilities.

But in an attempt to broaden the appeal of therapist-assisted psychedelics, a number of companies are engineering out the hallucinogenic aspect of the psychedelic experience.

Researchers at the University of North Carolina School of Medicine are working to find psychedelics-derived medications that effectively and rapidly treat depression and anxiety without major side effects such as hallucinations, weight gain, sleepiness, and dry mouth. So far, rapidly acting drugs without potentially disabling side effects for depression, anxiety, and addiction don’t exist, not even as experimental compounds for use in animals, according to researchers.

In June 2020, the UNC researchers received a $26.9 million grant from the Defense Advanced Research Projects Agency (DARPA) to do their research.

The UNC team will use new structural biology and computational approaches to create these new medicines.

“Although drugs like ketamine, and potentially psilocybin, have rapid antidepressant actions, their hallucinogenic, addictive, and disorienting side effects make their clinical use limited,” Dr. Bryan Roth, lead researcher on the DARPA-funded project, said in a report on the UNC website. “Our team has developed innovative methods and technologies to overcome these limitations with the goal of creating better medications to treat these neuropsychiatric conditions.”

As the psychedelics industry evolves, with the real possibility of an FDA-approved psychedelics-derived drug available by 2024, the search for a non-hallucinogenic method of using therapeutic psychedelics is heating up.

Researchers also found that psychedelics are potent psychoplastogens, which are molecules capable of rapidly rewiring the adult brain. The advent of non-hallucinogenic psychoplastogens with anti-addictive properties raises the intriguing possibility that hallucinations might not be necessary for all therapeutic effects of psychedelic-based medicines.

One of these non-hallucinogenic psychoplastogens, tabernanthalog, appears to have long-lasting therapeutic effects in preclinical models relevant to alcohol and opioid addiction, according to the study.

Tabernanthalog is a water-soluble, non-hallucinogenic, nontoxic analogue of ibogaine that can be prepared in a single step. Another study found that, in rodents, tabernanthalog promoted structural neural plasticity, reduced alcohol- and heroin-seeking behavior, and produced antidepressant-like effects.

The study reported that researcher’s work demonstrated that, through careful chemical design, it is possible to modify a psychedelic compound to produce a safer, non-hallucinogenic variant that has therapeutic potential.

The work on engineering non-hallucinogenic psychedelics comes down to balancing access for more patients, with a careful risk/benefit analysis.

Rick Doblin, founder and executive director of the Multidisciplinary Association for Psychedelic Studies (MAPS), said during a podcast that he thinks MDMA can be a helpful therapeutic for someone suffering schizophrenia when used in a very controlled situation, and that some of the work at places like Johns Hopkins on psilocybin is too exclusionary of patient’s preexisting conditions and therefore too cautious.

But he agreed that psychedelics are not for people who don’t want to take them. “People have to be willing to go through the difficult parts of this (psychedelics therapy). And if they are not willing, then it’s not for them.”