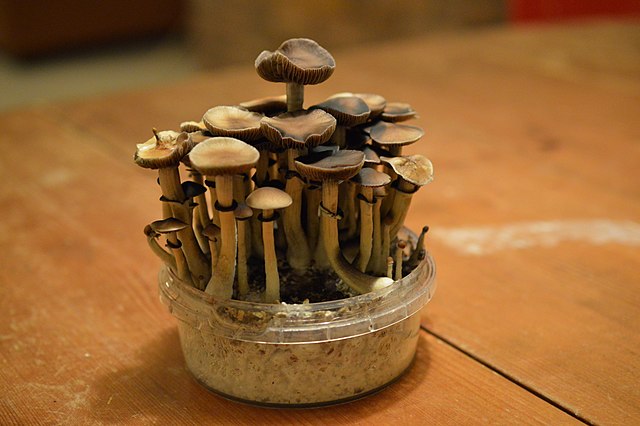 Cannabis and psychedelic-derived medicines can be effective in the fight against breast cancer when combined with conventional treatments, according to new research that has emerged the day before breast cancer awareness month begins.

On Friday, Grace Health & Wellness (GHW) revealed findings from a new study published in SAGE Journals which marks the first time that the use of these alternative therapies on a cancer patient has been documented scientifically, according to the company.

According to GHW, a 49-year-old woman was diagnosed with breast cancer in 2018 and underwent a series of conventional treatments in conjunction with psilocybin mushrooms and cannabis edibles. This unorthodox combination of therapies improved the effectiveness of her treatments overall.

“We are collaborating clinically with cancer patients intervening using cannabis and psilocybin. They are invaluable, and witnessing their impact has been profound,” said Dr. Dustin Sulak, a doctor of osteopathic medicine and medical cannabis expert.

“They can improve the patient’s quality of life, relieve pain, depression and anxiety while promoting psychological adaptation to a challenging diagnosis and prognosis. They may also enhance our innate anti-cancer mechanisms and work additively or synergistically with other treatments.”

The new study suggests that the use of standard breast cancer treatments such as herceptin, taxotere (chemotherapy drug) and perjeta were improved by the patient’s use of psychedelics and cannabinoids.

“Based on my clinical experience, all patients with cancer can significantly benefit in some way from the appropriate use of cannabis and psilocybin, added Dr. Sulak.

“In the future, including these will be the standard of care; they both have safety profiles. While the research community is focused on the therapeutic effects in treating psychiatric conditions, Nicole’s case shows they impact physical conditions like cancer.”

GHW also says that the new research suggests there is a link between cannabis, psychedelics and reduced levels of inflammation within the body, improved mental health and superior tumor management.

Stigma is an obstacle hindering progressive research on psilocybin and cannabis

The study investigators agreed that stigma surrounding cannabis and psilocybin was one of the obstacles attributed to working in this area of scientific research. These substances are illegal in many countries but the situation continues to improve globally as the medicinal science related to them continues to gain more attention.

“Cannabis and psilocybin saved my life as I was able to eat, sleep and function, and my nausea became almost non-existent. The beneficial effects gave me a way to recover with dignity and empowerment, which are everything,” said Nicole Di Monda, the breast cancer patient examined in the study.

“Understanding my options was the game changer because I was no longer a slave to my disease. Plant medicines gave me hope.”

Those plant-derived medicines were administered by Nicole’s husband Jaime Brambila, an endocannabinologist who is also the co-founder and chief science officer of GHW.

“The good news is that nature may hold the key to the combination of compounds we need to heal, modernizing a new era of better healthcare,” said Brambila.