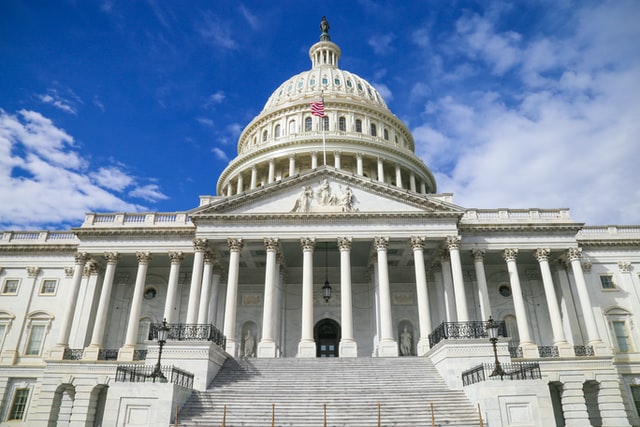 The article Psychedelics Making Progress in US Congress was originally published on Microdose.

It’s been a big 24 hours for the advancement of psychedelics. Following up on last week’s legalization of psychedelic therapy in Colorado, yesterday we saw a string of progressive psychedelic medicine news from an unlikely source — the US Congress.

First we had the announcement that a new, first-of-its-kind congressional caucus has been formed to advance psychedelic therapy. Reps. Lou Correa (D-CA) and Jack Bergman (R-MI) will co-chair the Congressional Psychedelics Advancing Clinical Treatments (PACT) Caucus.

This bipartisan caucus will look into “ways to alleviate the national mental health crisis through psychedelic science and research.”

“Having served our nation as a member of the US military and in Congress, I’ve seen the destruction post-traumatic stress disorder can cause on my fellow veterans and their families …and if psychedelic-assisted therapy can help treat or even fully cure someone of their PTSD, we need to take a closer look at these potential life-saving therapies.” said Rep. Bergman, a Republican.

The caucus will promote congressional talks on psychedelics as potential therapeutics and offer itself as a public educational resource. The caucus, however, will not push for decriminalization or legalization measures.

In the US Senate, senior senators Cory Booker (D-NJ) and Rand Paul (R-KY) filed a bill that would require the Drug Enforcement Administration (DEA) to reschedule breakthrough therapies like psilocybin and MDMA from Schedule I to II.

The “Breakthrough Therapies Act”, filed yesterday, proposes a series of amendments to the federal Controlled Substances Act (CSA). It would create a process for current Schedule I drugs deemed “breakthrough therapies” by FDA to be transferred to a lower schedule, allowing for easier study and drug development. It also aims to remove barriers for research into Schedule I drugs. Check out Marijuana Moment for more in-depth coverage on this bill.

“Recent studies suggest that some Schedule I substances such as MDMA and psilocybin could represent an enormous advancement for the treatment of severe post-traumatic stress disorder, depression and addiction,” said Senator Booker in yesterday’s press release.

“Unfortunately, regulatory red tape and a series of bureaucratic hurdles involved in studying Schedule I substances impedes critical research on these and other promising Schedule I compounds. This bill reduces these unreasonably burdensome rules and regulations that delay or prevent researchers from studying – and patients from accessing – this entire class of potential medicines.”