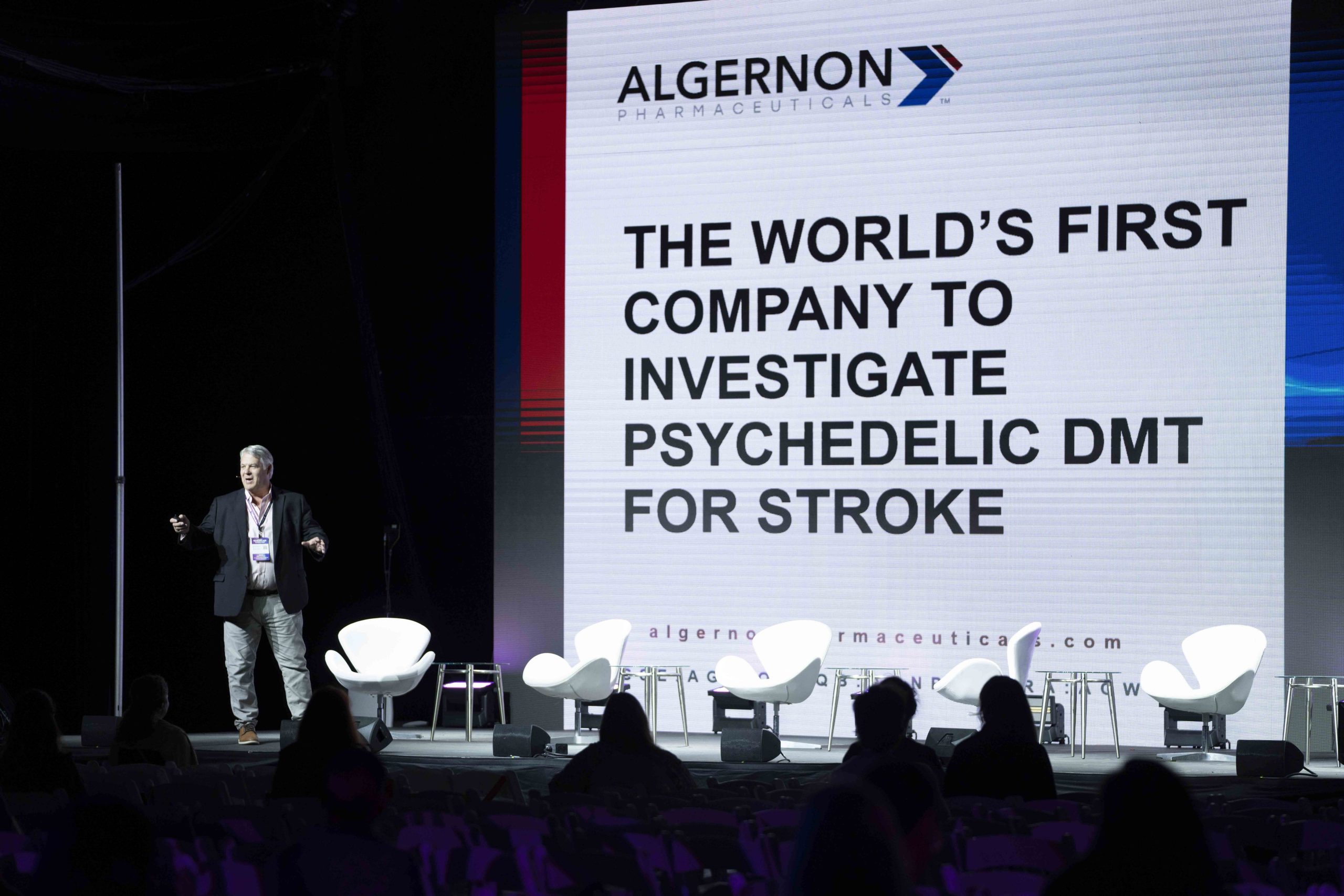 With Wonderland 2022 still fresh in our rear-view mirrors, let’s take a moment to look at some of the highlights from the big event. Pulling off such a massive undertaking wouldn’t be possible without the support of our sponsors, so we’ll start with Algernon Pharmaceuticals, the headline sponsor for Wonderland: Miami 2022.

Algernon has established a clinical research program for the treatment of stroke focused on AP-188 (“N,N-Dimethyltryptamine or DMT”), a known psychedelic compound that is part of the tryptamine family (other drugs in the tryptamine family include psilocybin and psilocin). Algernon plans to be the first company globally to investigate DMT as a possible treatment for stroke and is planning to begin a Phase 1 clinical trial beginning in Q4, 2022.

The company’s decision to investigate DMT and move it into human trials for stroke is based on multiple independent, positive preclinical studies demonstrating that DMT helps promote neurogenesis as well as structural and functional neural plasticity. These are key factors involved in the brain’s ability to form and reorganize synaptic connections, which are needed for healing following a brain injury.

The Company has now completed its intravenous formulation (“IVF”) that will be used in the Phase 1 DMT study. The formulation was developed by the Centre for Human Drug Research (“CHDR”) and its affiliated pharmacy at the Leiden University Medical Center in the Netherlands. The company has applied for ethics and clinical trial approval and is expecting to have a response shortly.

“We are delighted to be the headline sponsor for the Wonderland 2022 event and have the opportunity to build a greater awareness of Algernon and our DMT stroke research program within the many different facets of the psychedelic medicine world,” said Christopher J. Moreau, CEO, Algernon Pharmaceuticals.

For more on this, see Algernon Partners with Yale University for DMT Phase 2 Depression Trial