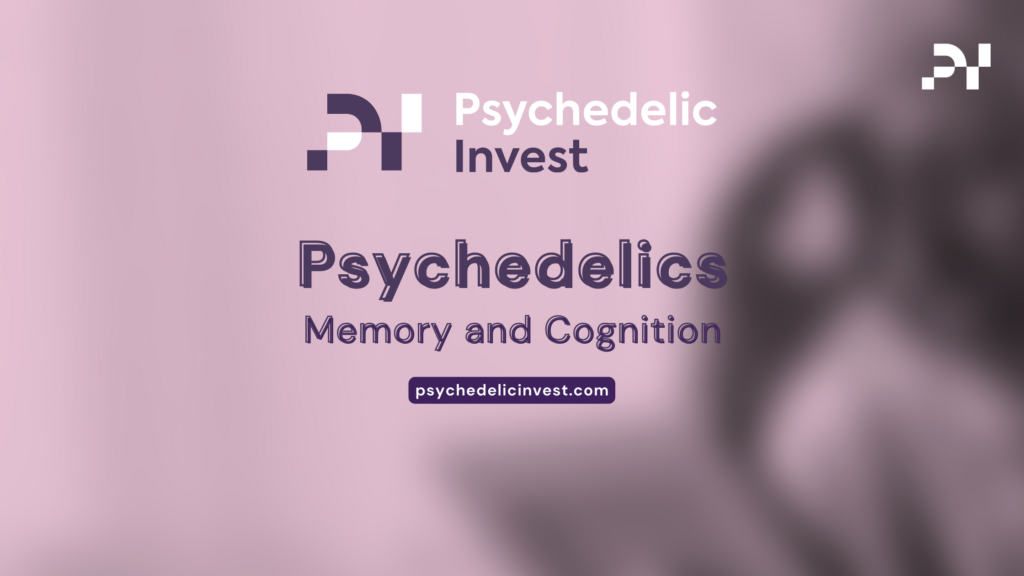 Memory has long since been a topic within psychology circles, but it’s become an even more prominent topic as more capabilities of psychedelics are being discovered. Psychedelics allow us to explore consciousness, be creative, and improve mental health symptoms. Could they also help us remember?

Memory loss is one of the leading areas of concern within the US. Statistics show that 40% of the population will encounter memory loss after they turn 65. This staggering number points to the vast need for improved treatment options and better results for those dealing with memory loss.

While memory loss can occur in various stages and manifest itself to different degrees, finding options to prevent memory loss and heal damaged brain centers is a top priority for many researchers.

There are a variety of conditions that can lead to memory loss. From temporary amnesia to dementia, there is no one answer as to why memory loss can occur. Instead, memory is a complex concept that researchers are still examining.

Many different clinical trials are currently examining why memory loss occurs and how it can be treated. Unfortunately, a lot still needs to be learned for innovative therapies to be developed and implemented widely.

Memory loss can feel overwhelming and isolating. There often isn’t one clear treatment path. Many treatment options focus on preventing further memory loss rather than retrieving what’s already lost. While this can be an effective approach, it can still leave unanswered questions and significant implications for quality of life.

When discussing treatment options, it’s essential to understand where the memory loss is resulting from. If the change in recollection is due to a medication, ending the use of that medication or changing the routine dose may be enough to fix any memory problems. While adjustments like medication changes are ideal, treatment steps are not always that simple.

In other cases, such as dementia, treatment can be more complicated. There are certain medications recommended for those experiencing dementia. However, these medications are not as effective as they could be. There is still a wide need for more innovative, efficient treatment options for those dealing with memory loss.

Some people picture colorful graphics and cartoon-like experiences when they think of psychedelics. While trips can be like this, psychedelics are playing a much larger role in today’s research and inventions.

Psychedelics create unique interactions in the brain, which allow for different possibilities than other pharmaceutical options provide. Understanding the vast benefits of psychedelics is a goal of current research, but it’s yet to be realized. Perhaps one of the most exciting areas of psychedelic research is that of memory loss.

Psychedelics have an unparalleled ability to impact cognition. It is through this ability that one of the fundamental practices of cognition, memory, can be affected.

5-HT2A receptors play a fundamental role in various neurological functions. These receptors can have a large impact on working memory. Interestingly, psychedelics target these receptors, making them a prime candidate for inducing neurological change.

It’s likely that some psychedelics have more applications to memory than others. For example, Bouso and his fellow researchers found that ayahuasca reduced working memory. At the same time, Healy reported that some psychedelics could improve autobiographical memory. In both of these studies, dosages played a significant role.

Neuroplasticity, which is the ability to generate and construct new connections within the brain, is one of the driving forces leading researchers to believe that psychedelics could have significant implications for memory. It is a critical player in the fight to reduce memory loss and develop creative options.

Clinical evidence has shown that various psychedelics, including DMT and LSD, increased dendrite growth. The ability to construct dendrites and induce neurological changes makes psychedelics unique compared to many other memory loss options available today. The same article cited that ayahuasca could potentially increase neurological cell growth. Because cellular death can lead to memory loss, protecting brain cells and increasing their numbers is a fundamental goal that ayahuasca may be able to help.

One of the unique aspects of psychedelics is their ability to provide positive results after only one administration. Whereas other pharmaceutical options require multiple doses and extended exposure periods, psychedelics can provide fast-acting results.

Did you know that stress can cause memory loss?

Reducing stress has numerous biological and neurological benefits. In fact, increased stress can worsen memory loss and lead to increased symptoms. Finding ways to limit stress is essential for our brands, but it can be challenging to know where to start.

Psychedelics could be the answer.

One study found that psychedelics provided a variety of benefits for mice who had been through a weeklong period of induced stress. The researchers saw positive results after just one dose of psychedelics and noted increased cognitive flexibility. This flexibility induced by psychedelics could have large implications for memory.

Entirely eliminating stress may not be possible, but discovering better coping mechanisms for challenging situations may be a positive first step. Microdosing psychedelics has the potential to provide stress-related benefits while still allowing individuals to go about their daily lives. Lower doses of psychedelics may be the answer to improving memory loss and seeing changes on a cellular level.

While psychedelics could potentially be an answer for those dealing with memory loss, much research still needs to be done before they’re widely accepted into psychological and medical circles.

Human studies are one large gap that currently exists in this area of research. Using animal participants eliminates some ethical concerns and can allow for broader research questions, but generalizability to human models is essential. In order for more progress, human participants must be included in studies.

It’s important to note that while specifically examining psychedelics is an important step for researchers, more must be learned about memory itself. There are still many unanswered questions about various cognitive processes and the brain chemistry involved. Generalized learning about memory will likely lead to advancements in psychedelic knowledge.