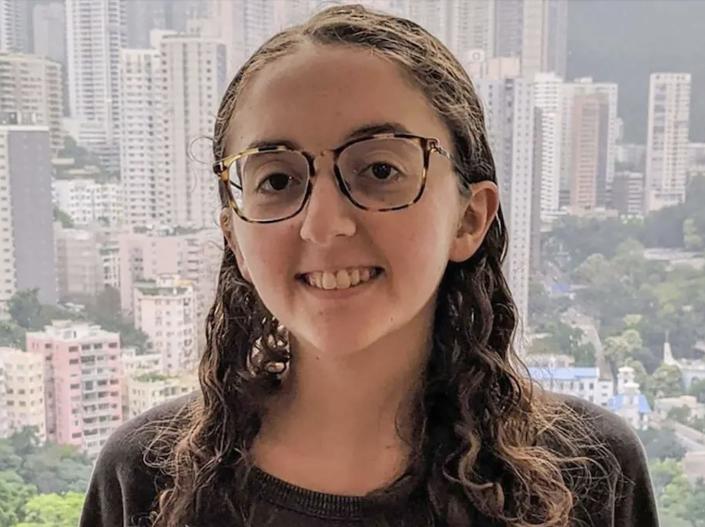 Following the implosion of cryptocurrency exchange FTX, the world is scrambling to learn more about Caroline Ellison.

Ellison was the CEO of Alameda Research, a trading firm that borrowed customer funds from FTX to cover its losses and make risky bets. She was fired when FTX and Alameda Research filed for bankruptcy.

Until recently, Ellison was a shadow behind the success of FTX and Sam Bankman-Fried, who was widely regarded as a crypto wunderkind.

Since FTX’s demise, a Twitter account and two Tumblr blogs — that include personal and professional details that match those of Ellison’s — have become the internet’s greatest resources on the former CEO. They offer what could be a glimpse into the 28-year-old’s personal beliefs, including her thoughts on cryptocurrency trading.

While Ellison’s views are certainly not a direct reflection of her work, they map onto larger questions of diversity within the cryptocurrency industry. CoinDesk, a cryptocurrency publication, noted that “white men dominate crypto” while a 2022 study from the Morning Consult showed that 62% of all cryptocurrency owners identified as white and male.

Ellison did not respond to requests for comment. Here are some of the most revealing quotes found on these social media accounts.

On believing in crypto

On one of Ellison’s presumed Tumblr accounts, titled “worldoptimization,” the author underscores the natural synergy between cryptocurrency and fraud.

“I didn’t get into this as a crypto true believer, and yeah it’s mostly scams and memes when you get down to it,” the author wrote.

The author added, “but like, I have also come to see a real and pressing need for crypto.”

For the author, the importance of crypto all comes down to the power of decentralization. “[D]ecentralized noncustodial money seems pretty foundational to civil liberties and the ability and if authoritarian governments are a serious threat to civilization, which seems not totally insane, it could end up being important,” they wrote.

Amid the high-octane work environment of FTX and Alameda Research, employees reportedly turned to stimulants like amphetamine, a drug for treating attention disorders.

“Nothing like regular amphetamine use to make you appreciate how dumb a lot of normal, non-medicated human experience is,” Ellison tweeted in 2021.

On gender disparities in math

Ellison exhibited a natural aptitude for math from an early age. She attended competitions like the Math Prize for Girls, which bills itself as “the largest math prize for girls in the world,” and she went on to study mathematics and computer science at Stanford University.

That didn’t necessarily make her a proponent for drawing more women into STEM.

Ellison and Bankman-Fried’s on-again, off-again polyamorous relationship with their coworkers caught the industry’s attention following FTX’s implosion. Anonymous sources told CoinDesk that the core 10 members of FTX and Alameda Research clan reportedly lived together in a house in the Bahamas and were all paired off in relationships with one another.

In a February 2020 post on “worldoptimization,” Ellison may have likened the atmosphere to an “imperial Chinese harem.”

“None of this non-hierarchical bullshit; everyone should have a ranking of their partners, people should know where they fall on the ranking, and there should be vicious power struggles for the higher ranks,” the author wrote.

In an earlier post from 2019, the author outlined a few of the traits they find attractive in men including “controlling most major world governments” and “spatial reasoning abilities.”

On her beliefs in race science

The Ellison-linked Tumblr contains thoughts about race science, or what the blog’s author calls “HBD,” or “human biodiversity.” Proponents of human biodiversity, which some people associate with eugenics, believe that human beings can be divided into subgroups, or races, and that different human races have inherently different physical and mental capabilities. This idea has been largely discredited by scientists.

In a 2020 Tumblr post that opened with “cw: offensive, sorry,” the author expressed their interest in human biodiversity because of their “strong impulse to put people into categories,” using the Indian caste system as an example.

“There’s a stereotype of racist people that they will like, assume any East Asian person speaks Chinese or something. I appreciate that HBD people are the exact opposite of that, and will like make fun of you for saying something about ‘Indians’ without specifying province and caste because come on, the genetic differences there are massive,” the author wrote.

On her aversion to social justice

The “worldoptimization” Tumblr archive also contains 92 posts tagged “#not sj go away,” where the author expresses views about social justice, including gender roles and race.

“Ugh Columbus Day came and went and I totally forgot I was planning to have a (meta ^ n)-contrarian take that actually Columbus was great,” the author wrote in 2018.

In 2015, the author agreed with another Tumblr user who opined about the idea of social justice and how it has hampered free speech.

“Interestingly, though, social justice hasn’t made me kinder to oppressed minorities,” the quoted user had written. “It’s just made me hide in places where sensitive people don’t hang out. I breathe a sigh of relief every time someone makes a racist joke or mocks social justice, because it means I’m in a safe space, where no one is going to be deeply damaged just by me speaking my opinion.”

On her final remarks

Ellison’s last public posts are a couple of tweets she posted on November 6 in defense of the Alameda Research’s balance sheet.

The post Caroline Ellison, a shadow figure in the collapse of FTX, left behind a trail of hot takes about crypto, race science, and polyamory. Here are some of the most striking quotes. appeared first on REPORT DOOR.