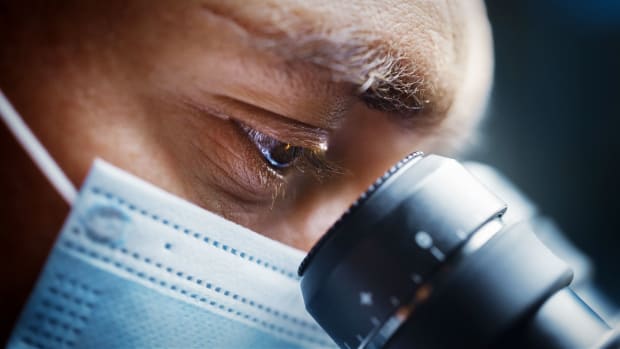 The skin diagnostics company has a promising technology platform, but growth has stalled.

What drives business success in genetic diagnostics? It's a question many investors are asking given the carnage among genetic testing stocks this year. The answer is nuanced, but generally revolves around the most important omics of all: economics.

As genetic counselor and author Christina Ren of Health & Wealth writes, the high level economics of a genetic testing tool is determined by a complex mixture of unit economics, reimbursement, and the types of diseases being screened for. None of the major publicly-traded companies have balanced testing volumes with these realities.

Take DermTech  (DMTK) - Get Free Report as an example. The company has developed a skin patch that can be used to more accurately diagnose melanoma compared to traditional skin biopsies. However, it has struggled to gain traction and lacks widespread reimbursement, which is the primary obstacle to adoption among physicians.

DermTech rode the meme stock craze of early 2021 to a share price of nearly $80, but ended the year worth only $16 per share. The pain and suffering were just beginning. The genomics stock has collapsed another 85% in the last year and today is worth less than $3 per share. What will it take for the business to recover?

Fundamentals Matter, Especially During a Bubble

Irrational exuberance is often used to describe the manic behavior that drives bubbles, which are characterized by the price of an asset becoming hopelessly detached from its underlying value. There might not be a better example of this in genomics than DermTech.

The business generated full-year 2020 revenue of $5.9 million, but was briefly driven to a market cap of $1.9 billion in early 2021. That valuation represented 322 times revenue. Several factors, including social media hype and a relatively low number of shares outstanding, made this detachment from reality possible. But investors didn't need the power of hindsight to know the valuation never made sense.

Real-world setbacks have also contributed to the stock's precipitous decline. The company has struggled to earn meaningful reimbursement coverage for the DermTech Melanoma Test (DMT). Reimbursement is important because it dictates how much can be charged and who pays. Additionally, the test is performed in a physician's office. If a physician cannot be reliably reimbursed through major insurance providers, then they simply won't offer a product or service. Reimbursement is the key driver of adoption.

Limited coverage has decimated revenue growth. DermTech expects full-year 2023 revenue of roughly $13.5 million, representing just 14% growth from the prior year. That might be an order of magnitude lower than what's required for a business of this scale.

How Can DermTech Succeed?

Investors can watch two metrics to gauge progress at DermTech, although the situation is dire.

First, the company needs to reel in expenses. It made strategic investments in the sales force with the expectation the DMT product would be quickly adopted. That hasn't panned out, which leaves management with bloated commercial infrastructure that puts the company's future at risk.

In the first nine months of 2022, DermTech spent $45 million on sales and marketing to generate $11.5 million in revenue. Worse, the revenue being generated is of low quality. The business achieved a gross margin of 8.7% in that span, or a gross profit of only $1 million. That's simply not enough to justify the significant overhead in sales and marketing expenses, let alone the $90 million in total operating expenses.

Second, the company needs to expand reimbursement coverage. It's actually a little more complicated than that.

DermTech needs to earn coverage from major insurance programs, but also at a favorable price. The American Medical Association granted a proprietary laboratory analyses (PLA) code for the DMT at a price of $760 per test. Although that's relatively favorable and seemingly competitive with traditional skin biopsies, commercial insurance programs have balked at covering the product and paying that price. Discussions with major payers can be a time-consuming and fruitless endeavor for the company.

Without rightsizing the commercial infrastructure or earning meaningful reimbursement, DermTech's future is not very bright.