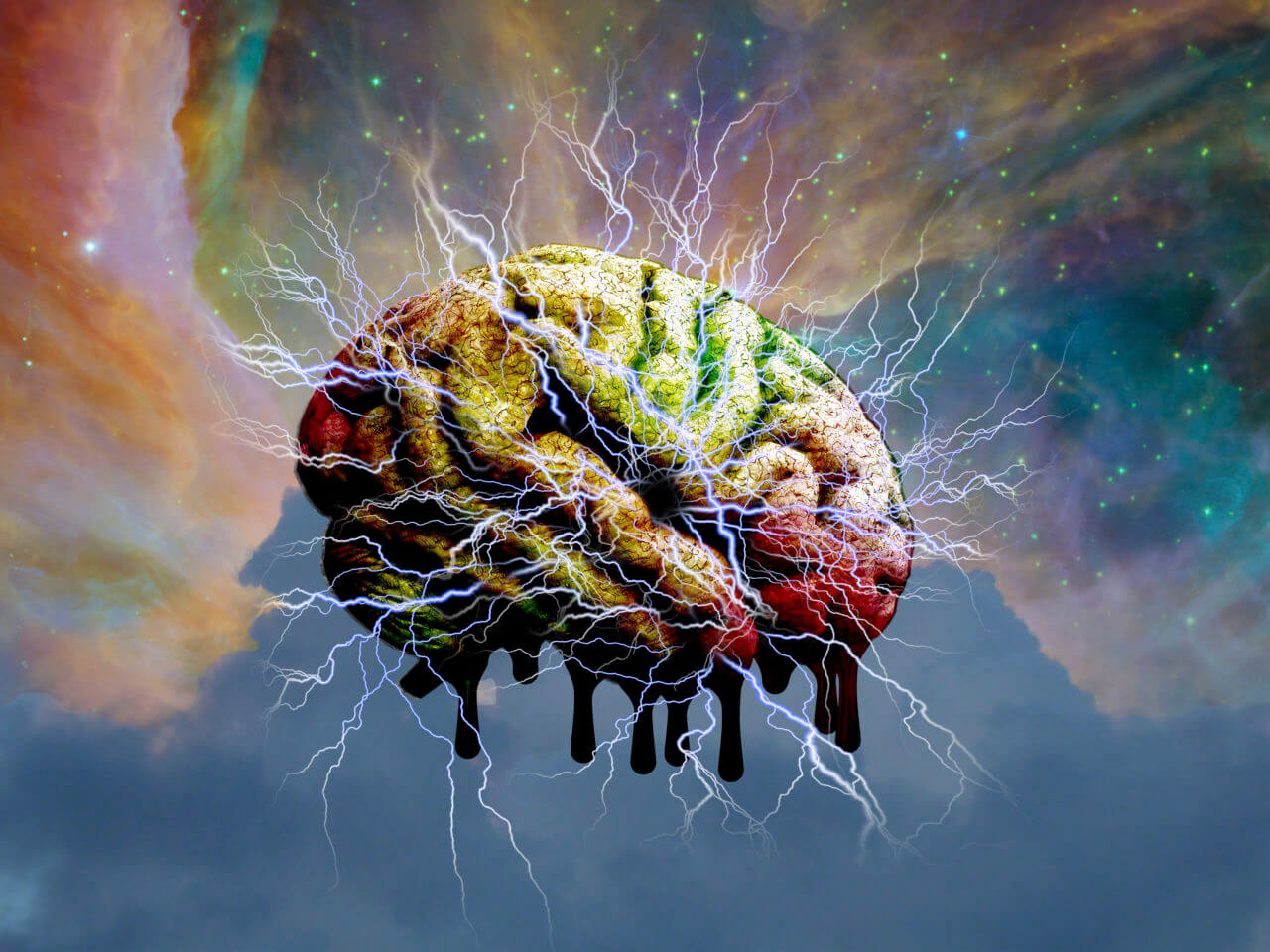 The article Microdosing DMT to Treat Stokes: Not as Trippy as it Sounds was originally published on Microdose.

On January 17th, the company Algernon Pharmaceuticals (CSE: AGN, OTCQB: AGNPF) announced that they had dosed the first patient in their Phase 1 safety trial of the psychedelic drug DMT. The company eventually hopes to use small, non-hallucinogenic doses of DMT — DMT microdoses in other words — to treat stroke patients.

Known for its extremely powerful psychedelic effects — a common experience is having your consciousness transported to another “realm” where you interact with alien-like beings — DMT is one of the least scientifically studied hallucinogenic drugs. While psilocybin — the active psychedelic ingredient in magic mushrooms and a chemical cousin to DMT — has been studied in dozens of clinical trials, only a handful of companies or research institutions have begun studying the more powerful, but shorter-acting, DMT.

The company with the furthest progressed DMT research is Small Pharma (TSXV: DMT, OTCQB: DMTTF), which recently completed a Phase 2a trial attempting to treat Major Depressive Disorder with DMT-assisted therapy. The company expects to unveil results as early as this month — stay tuned for an article.

But while Small Pharma is ahead of Algernon in terms of clinical trial progress, Algernon’s goal of treating stroke patients makes the company’s program one to keep a close eye on.

This is the case for two key reasons. First, strokes are incredibly damaging, there are no good treatments for them, and they are astoundingly common. In the USA alone, it is estimated that just under 800,000 people each year have a stroke. That comes out to an American stroke every 40 seconds, with a stroke-related death every 3.5 minutes. Those who survive, often have reduced mobility or mental functions. In short, having a stroke can be a life-changing — if not ending — medical event.

And while we do have treatments, such as a medicine called alteplase, which is only effective if administered in the immediate hours after a stroke, our current treatment options are limited. Only 10% of patients fully recover from a stroke.

The second reason that Algernon’s DMT microdosing for strokes trial is exciting is that up until now, medical psychedelic research has focussed almost exclusively on treating mental health conditions such as depression and PTSD. And while these are noble research causes — plus the data to date has been extremely positive — the possibility of being able to use psychedelics to treat physical health conditions is tantalizing.

That all being said, we do need a reality check at this point. While the potential of treating strokes with DMT microdoses is undoubtedly exciting, we will need to see solid in-human evidence of its efficacy before we can make any bold statements.

As mentioned above, the Phase 1 clinical trial using DMT that Algernon has dosed the first patient in is solely a safety trial. The 60 healthy volunteers, at least those not in the placebo group, will receive a low dose of DMT, which is sustained intravenously over a period of time. The dose will be low enough that it should not induce any psychedelic effects. Then, the researchers will compile data and ensure that the medicine was in fact safe.

In other words, the company has not started testing its thesis of treating strokes with low doses of DMT yet. That will begin after a successful Phase 1 trial, showing that low DMT doses were in fact safe. After this they can start a Phase 2a trial, testing their hypothesis in a small number of stroke patients.

As there have already been several Phase 1 safety trials showing that DMT is safe — such as Small Pharma’s Phase 1 DMT safety trial — in all likelihood Algernon’s trial will come to the same conclusion. Then, they can move on to Phase 2a.

Despite no evidence existing in humans for the potential of DMT to treat strokes, Algernon had previously completed a pre-clinical in-vivo study. Or, in other words, they tested their medicine on a grouping of cells.

In this trial, Algernon found that low, repeated doses of DMT increased the growth of cortical neurons by 40%, which they argue shows DMT’s potential as a stroke medication.

But again, until we see evidence in living stroke patients, I would take amazing claims with a great deal of skepticism. Algernon’s work is undoubtedly exciting, but in the words of Carl Sagan, “Extraordinary claims require extraordinary evidence.” Hopefully, this evidence will be forthcoming.

It’s also important to know that another psychedelic company, Ninnion Therapeutics, is also running a program attempting to treat strokes with a psychedelic. In their case, they will use a novel, psilocybin-like, next-generation psychedelic called NIN-S119. While promising, the company still has a long way to go before any claims can be made about NIN-S119, however, as they have yet to enter clinical trials.

Finally, for those interested, Algernon has some of the biggest names in the DMT research world working on their team. Dr. David Nutt, a famous psychedelic researcher at Imperial College London is an advisor to the company. In the press release announcing the first patient dosed, Nutt had this to say:

“A significant number of promising stroke drugs have failed because they were focussed on trying to be neuroprotective of the brain during a stroke… It appears from the pre-clinical data that DMT is promoting neuroplasticity, a key mechanism in recovery once the stroke has occurred, which is a new and exciting approach to stroke treatment.”

And perhaps even more famous, Dr. Rick Strassman — well known in psychedelic circles for his book DMT: The Spirit Molecule — is also a consultant to the company. Regarding the trial, he wrote:

“Based on what we know about DMT, I believe a prolonged infusion of a sub-psychedelic dose of this compound will be safe and may activate multiple neuroregenerative pathways, including elevations of BDNF. Such effects may prove beneficial in ischemic stroke patients acutely and in their rehabilitation.”

So, can DMT microdoses treat strokes? Only time — and good science — will provide the answer.