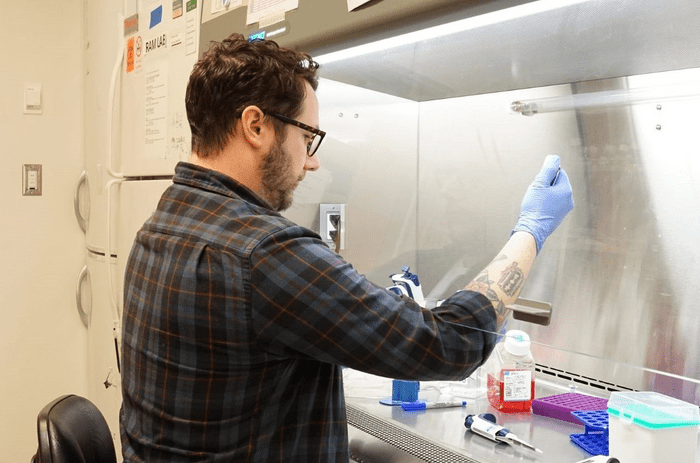 New research findings show in detail how self-reactive T cells — white blood cells that mistakenly attack healthy instead of infected cells, thereby causing an autoimmune or an inflammatory response — are held in check by regulatory T cells. the researchers found.

This rapid Treg intervention reduces the size and number of Teff cells in order to appropriately manage the magnitude of the immune response. However, when Tregs are depleted or undergo loss of function, trouble can arise with the now unmanaged population of Teffs, which can cause disease by becoming self-reactive or hyperinflammatory.

The latest information on how Tregs operate to suppress activated Teff cells suggests that drug therapies might fill in cases when Tregs don’t function properly.

Research on the strategies used by Tregs to control Teff cell populations was recently conducted in the immunology labs of Ram Savan, associate professor of immunology at the University of Washington School of Medicine, and Steven F. Ziegler of the Benaroya Research Institute in Seattle. The lead authors were Lomon So and Kazushige Obata-Ninomiya.

Their team used a new technique, called SPEED, to detect changes in Teff protein production that could not be discovered using traditional methods

Their findings are published in the Journal of Experimental Medicine.

The scientists explained that the thymus, where T cells develop, usually recognizes, and filters out, self-reactive T cells.  However, as this is not a perfect process, some self-reactive T cells escape to another location in the body. If they are not subdued, they have the potential to multiply and cause autoimmunity and inflammatory disease.

In healthy humans, cell signaling pathways increase when Teffs are activated by the presence of pathogens. These signals coordinate the growth and proliferation of the white blood cells to fight the invading pathogen and keep the host healthy.

As a countermeasure to ensure Teffs do not cause rampant inflammation or autoimmunity, Tregs produce a combination of two cytokines, Interleukin 10 (IL-10) and translational growth factor beta (TGFb), to disrupt mTORC1 signaling in activated Teff cells.  This blockade in turn inhibits the translation of certain messenger RNAs. Translation is a cellular activity where mRNA is decoded into a series of amino acids to form proteins.

Tregs suppress the translation of messenger RNAs that contain a specific motif. When these messenger RNAs are blocked, the Teff cell has difficulty making fresh proteins. Therefore, by actively controlling messenger RNA translation in Teff cells, Treg cells can turn down the protein machinery that was preparing to run in high gear. Tregs thereby de-activate the stimulated Teff cells to manage the inflammatory response and keep it within appropriate bounds.

“This is a highly efficient mode of regulation: inhibiting the ramp up of biosynthesis that proceeds cell division,” the scientists noted. “It stops proliferation before it starts.”  It is also a novel way, they said, for inducing and maintaining immune tolerance to avoid an autoimmune response.

When the body has an acute loss of regulatory T cells, Teff cells exhibit a fast and aberrant increase protein synthesis, in an effort to stock up their protein biomass in preparation for cell division.

In that case, the researchers learned that they could directly tamp down protein synthesis in Teff cells by using a small molecule inhibitor called rocaglamide A, or RocA. This chemical was first isolated in China in 1982 from a plant called Large-leaved Aglaia.  The chemical has already been shown by several other labs to have a variety of properties against insects, fungus and cancer.

The experiments conducted in the Savan and Ziegler labs suggest that RocA might also have other therapeutic benefits, the researchers noted, by mitigating the unwanted inflammatory response that occurs from CD4 Teff cell activation. Like Treg cells, the chemical RocA suppressed protein synthesis through control of RNA translation.

Disclosures: V.S. Muir reported “other” from Janssen R&D outside the submitted work. J.H. Buckner reported “other” from Gentibio and grants from Helmsley Charitable Trust outside the submitted work; in addition, J.H. Buckner had a patent to PCT/US2020/039445 pending and a patent to US 8,053,235 issued and is a Scientific Co-Founder and Scientific Advisory Board member of GentiBio, a company engaged in developing engineered regulatory T cell therapies. No other disclosures were reported. L. So’s current affiliation is Kumquat Biosciences, San Diego, Calif.