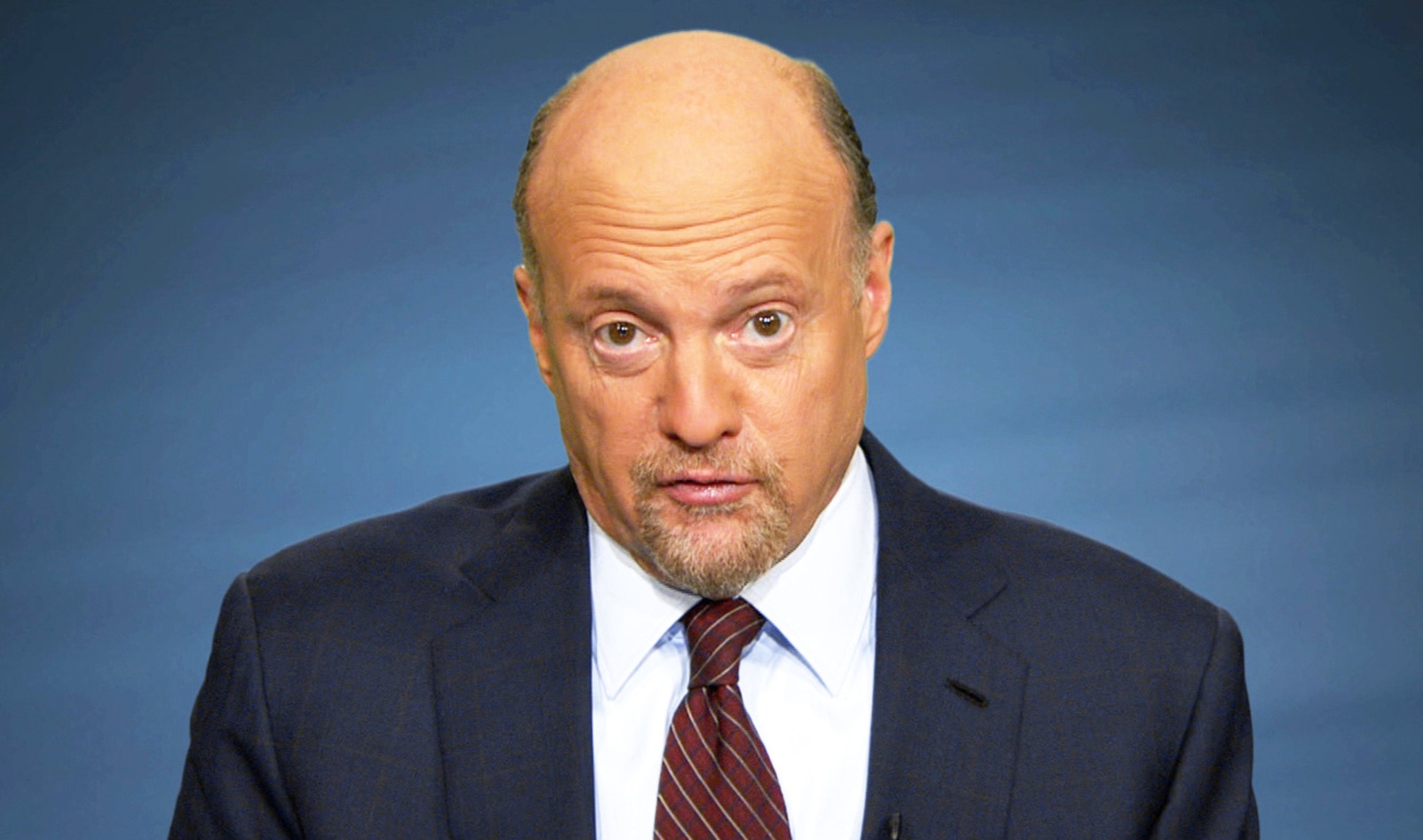 This article was originally published by The Street.

Jim Cramer says ahead of the Fed meeting that oil price hikes are likely temporary, yet he's still a fan of some energy stocks.

The market is betting that crude oil will keep heading higher, forcing the Federal Reserve to take action, Jim Cramer told his Mad Money viewers Tuesday. But, unlike the market, Cramer is betting there will be little change in the Fed's language when it speaks tomorrow. There's nothing wrong with the market being led by oil, as long as the rest of the industrials are following close behind. In this case, oil stands alone, and is moving higher not because of rising demand, but because of lower supply. Many oil wells were shut in as the economy slowed during the pandemic and still have yet to return. As prices continue to rise, production will eventually return to normal levels, Cramer said, making the current rise in crude prices temporary. Cramer said he's still a fan of oil, however, recommending stocks like Chevron  (CVX) - Get Report, Pioneer Natural Resources  (PXD) - Get Report and most recently, Exxon Mobil  (XOM) - Get Report, after the company's recent board changes. Cramer and the AAP team are looking at everything from earnings and politics to the Federal Reserve. Find out what they're telling their investment club members and get in on the conversation with a free trial subscription to Action Alerts Plus.

In his first "Executive Decision" segment, Cramer spoke with Tom Leighton, co-founder and CEO of Akamai Technologies  (AKAM) - Get Report, the content delivery network with shares up 25% since early March. Leighton said that while content delivery continues to grow on the heels of streaming media service, Akamai's security services are among the fastest growing. Security now accounts for 29% of Akamai's sales. The security model that most enterprises are using for their digital world must change, Leighton said. In the physical world, one key doesn't get you into every building, office and file cabinet, he said, yet in the digital world, that's exactly what one username and password can provide. Akamai offers systems that ensure that users only have access to what they need access to and they help keep everyone's keys secure. When asked about the many recent cyber attacks, Leighton noted that the government can help a lot by setting standards and protocols for handling ransomware, ensuring that information can be shared quickly and increase the likelihood the bad guys will be caught. Leighton also commented on the recent service outage at rival Fastly  (FSLY) - Get Report. He said Akamai had a similar outage back in 2004. They learned the hard way that while you can roll out updates to all of your customers in milliseconds, it's never a good idea. The market demands a lot more in reliability, he said, and that means rolling out changes slowly. On Real Money, Cramer keys in on the companies and CEOs he knows best. Get more of his insights with a free trial subscription to Real Money.

For his second "Executive Decision" segment, Cramer also checked in with Jeff Lawson, chairman and CEO of Twilio  (TWLO) - Get Report, the messaging service with shares up 65% over the past year. Twilio has recently become a key member in the COVAX Initiative, an organization that aims to help over one billion people around the globe get their COVID vaccines. Lawson said while it's critically important to get vaccines to people, it's also important to get people to those vaccines. Every day, Twilio's messaging is helping people find locations, remind them of appointments and coordinate their follow-up care. Turning to their business, Lawson noted that businesses need to customize experiences and tailor them to the needs of their customers. That's why Twilio is rolling out new services, like segments, which allows companies to communicate across multiple channels and ensure that customers get exactly what they need as efficiently as possible. Lawson also commented on the importance of trust. He said consumers don't want companies to share their information with others, which means they need to use the data they already have to create all-new ways to engage. No one wants to call a call center anymore, Lawson added, which is why most companies are adding email, phone, text and chat so customers can engage no matter where they are.

Cramer Does His Homework

In his "Homework" segment, Cramer followed up on a stock that stumped him during earlier shows. The first was MindMedicine  (MNMD) , a small biotech studying psychedelic medicines to treat addiction and mental illness. It may seem counterintuitive to treat anxiety, ADHD and addiction with mind-altering substances, but it turns out, there is science behind it. Cramer said there is a long line of medicines that seemed crazy at first, but proved to be winners over time. micro-dosing psychedelics could be next. Cramer cautioned that MindMed is a very small company that is thinly traded. That makes it highly speculative. But he endorsed buying MindMed for speculation, if you're prepared to lose your investment if the science doesn't ultimately pan out.

In his "Cramer's Playbook" segment, Cramer said he's always been a big fan of fintech, but today he got another big reason why. Jamie Dimon, CEO of JPMorgan Chase  (JPM) - Get Report, was recently asked point blank why his bank is struggling to compete with upstarts like Square  (SQ) - Get Report. Dimon's answer was simply that JPMorgan "didn't have the imagination" to think up offering loans to small businesses based on their daily receipt volumes. Dimon added that companies like Square also don't have the legacy systems that weigh down big banks like JPMorgan nor do they have to swim the sea of regulatory requirements. But Dimon's first answer, the failure of imagination, is what caught Cramer's attention. JPMorgan didn't see what their customers needed, but American Express  (AXP) - Get Report did when it acquired Cabbage, which offers similar cashflow services. JPMorgan simply missed a major opportunity, and that's the reason to love fintech.

Here's what Cramer had to say about some of the stocks that callers offered up during the Mad Money Lightning Round Tuesday evening: Vertex Pharmaceuticals  (VRTX) - Get Report: "I think this selloff was an overreaction. This is a good time to buy." Turtle Beach  (HEAR) - Get Report: "I like Turtle Beach, but I like Logitech International LOGI more. I'm sticking with Logitech." Eli Lilly  (LLY) - Get Report: "It's time to sell Eli Lilly. I'm troubled with Lilly after Biogen  (BIIB) - Get Report." Commercial Vehicle Group  (CVGI) - Get Report: "That is one good stock and I'm with you on that one." Goldman Sachs  (GS) - Get Report: "I would let this one go. $350 is the level you want to get back in." Snap  (SNAP) - Get Report: "They've gotten it together and I think they're finally a winner." Search Jim Cramer's "Mad Money" trading recommendations using our exclusive "Mad Money" Stock Screener. To watch replays of Cramer's video segments, visit the Mad Money page on CNBC. To sign up for Jim Cramer's free Booyah! newsletter with all of his latest articles and videos please click here. At the time of publication, Cramer's Action Alerts PLUS had no position in the stocks mentioned. psychedelics psychedelic stocks shares trading mindmed