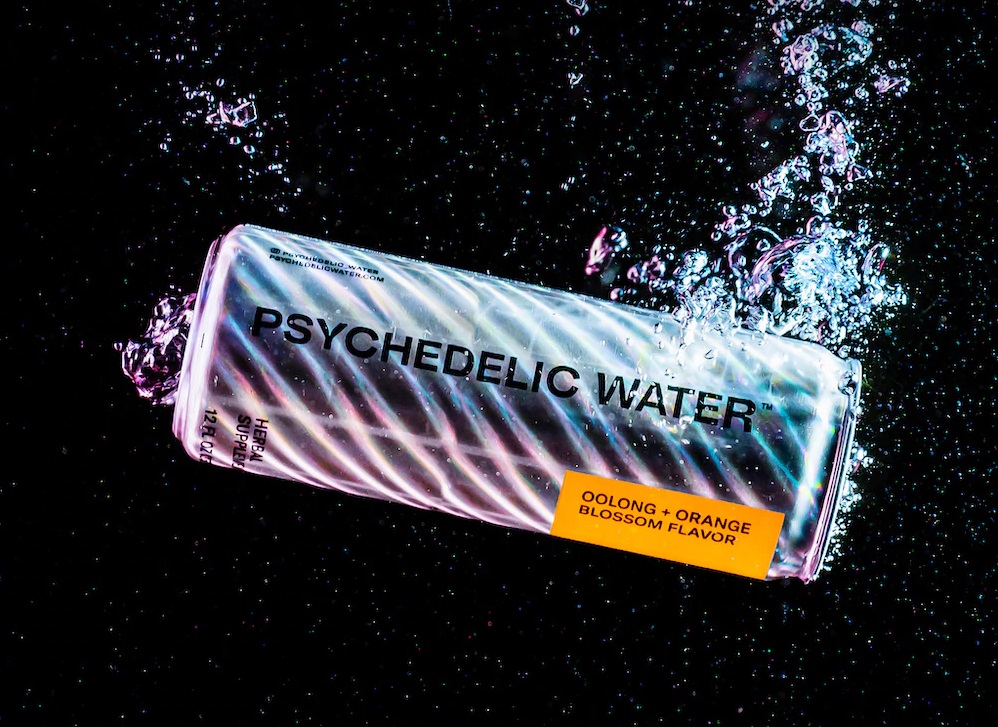 The brand of kava-based beverages has announced a deal to sell its drinks in 130 stores and on UrbanOutfitters.com. Check out the press release here.

Pretty big news. Destigmatization is a major part of getting psychedelics through the gauntlet of cultural and legislative hurdles, so getting a product with the word “psychedelic” on shelves and into the hipster zeitgeist will go a long way in changing hearts and minds.

This is one of the themes covered in a featured piece on Psychedelic Water, written for Psychedelia magazine, Microdose’s partnered print edition covering the culture and business of psychedelics.

See below for the full article and check out https://psychedelia.live/ to get a subscription to the print edition.

A version of this article originally appeared in Psychedelia magazine

Psychedelic medicine has come a long way. Education and institutional acceptance are increasing, and it seems like every other day psychedelics find their way into the mainstream news. After a 50-year exile to the underground — a relegation that held back countless advancements in both science and personal development — we’re finally chipping away at this stale social stigma.

So while it may seem like an exaggeration to say that a canned drink on the shelf beside Red Bull could play a role in changing half a century of stagnation, that’s exactly what products like Psychedelic Water could help in doing.

Psychedelic Water is a Canadian company founded in 2019 and claims to be the world’s first legal psychedelic beverage.

So we get to psychedelic journey at the 7-Eleven? Excellent, sign me up for a 6-pack.

But no, we’re not there quite yet. Psychedelic Water isn’t that kind of psychedelic. No hallucinations, no spirit guides to the cosmic frontier. Instead it works with a milder psychoactive ingredient called kava.

Kava (Piper Methysticum) is a South Pacific plant that’s been used for centuries by Pacific Islanders for medicinal, cultural, and religious purposes. It’s non-addictive and people report a calming and euphoric effect, with traditional uses ranging from migraines to insomnia, funerals and royal weddings.

Unbeknownst to this amateur psychonaut, kava is a legal substance that’s increasing in popularity across North America, with hundreds of ‘kava bars’ serving the tea-like beverage to urbanites looking to relax after a long day in the rat race.

Psychedelic Water’s product is a blend of kava root, damiana leaf, and green tea leaf extract. Kava gives some mild psychoactive and relaxing effects; damiana leaf (a shrub found in subtropical climates like Mexico and Central America) is known as a mood-enhancer; and the green tea’s caffeine gives the whole potion a nice little boost.

The product looks slick, and seems to be a first-mover in a space that has huge growth potential. The company’s marketing campaigns have taken off with celebrity endorsements and viral Tik-Tok videos.

We spoke with Psychedelic Water CEO Pankaj Gogia to get some insight on the company’s product and purpose.

“We started the company a couple of years ago, but just launched the product earlier this year. Already we’ve sold over 250,000 cans to the public in just 6-7 months, about $1 million in revenue. And we’ve seen massive vitality on social media, with over 10 million views of our hashtag on TikTok. It shows a huge amount of curiosity in the marketplace.”

We discuss the product, currently in blackberry yuzu and hibiscus lime, with more flavors and formulations coming soon. The drink is produced locally in the U.S., with sales focused on the American market. Sales began online direct to consumers, but have since expanded to smaller retail stores, with the product in 250 locations and plans to expand into bigger retail chains.

Of course there will be some resistance, and breaking into bigger retailers with old-school buyers and corporate bureaucracy will take some time. But taking into account the exponential growth and increasing social acceptance, it seems that the renaissance is likely to continue.

“Psychedelics are slowly moving towards decriminalization, but right now they’re still not legal. So we wanted to come to market with something that would have a psychoactive effect, but not necessarily hallucinogenic effect. Something milder. Our aim was to get to a broader market, and help destigmatize psychedelics.”

It might have been the pleasant conversation about a cool new product acting as a metaphor for greater social change — or perhaps it was yesterday’s microdose — but sitting there on Zoom I was able to see how this simple carbonated can could go a long way in changing how we see the word ‘psychedelics’.

If it’s social stigma that’s been holding things back, just imagine the subtle subliminal guerilla warfare of having the word sitting legitimately on the shelves of your neighborhood market. Suburban parents seeing Psychedelic Water beside Vitamin Water, a few spots down from CocaCola and your jug of milk.