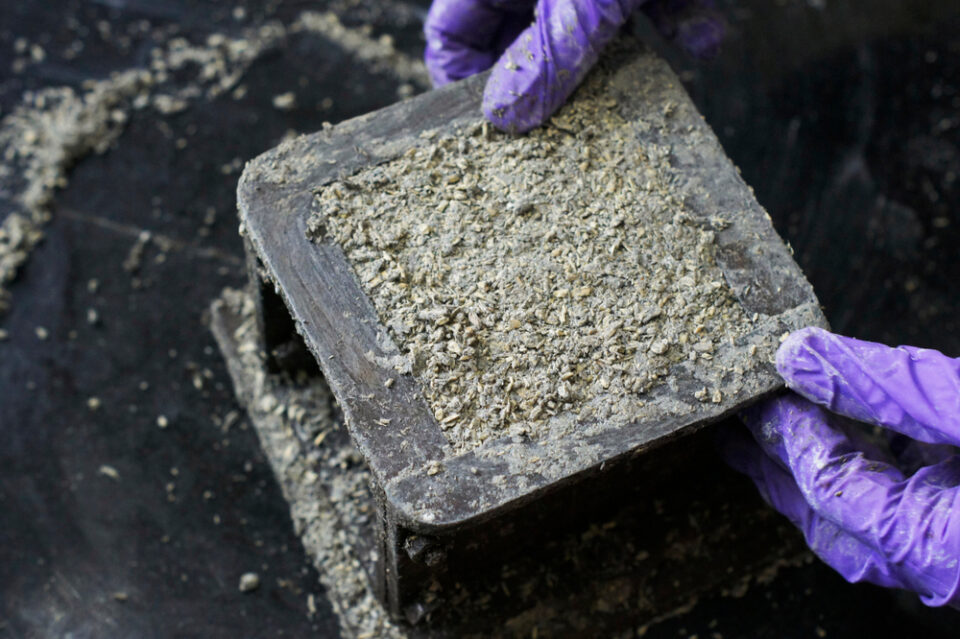 According to the U.S. Census Bureau, the rate of new housing starts in the U.S. hit 1.769 million in February of 2022, the highest since June 2006 despite material shortages, supply chain issues, and cost-of-living spikes. The US hemp building industry is riding this wave by moving forward in its efforts to certify hemp and lime (often referred to as “hempcrete”) insulation in U.S. building codes. On January 10, the U.S. Hemp Building Foundation submitted an appendix in the International Residential Codes to familiarize the U.S. permitting departments with hempcrete. During the final week of March, the International Code Council approved Proposal_RB316-22 for the International Residential Code, which is the ICC’s first step toward adopting hempcrete as an officially recognized building material.

Hempcrete is non-structural insulation commonly made of hemp hurd (the woody inner parts of the hemp stalk) and lime binder. An efficient insulator when installed up to one foot thick in wall assemblies, hempcrete has an impressive list of attributes. It is vapor-permeable, thermally regulating, fire-resistant and repels mold and pests. Because hemp plants sequester large amounts of carbon while growing, hempcrete is also carbon negative. Once incorporated into the construction, hempcrete can increase carbon negativity by absorbing carbon dioxide exhaled by building inhabitants.

U.S. construction industry professionals such as builders and architects could previously use hempcrete, but they often needed an alternative material variance and an engineer’s stamp on hempcrete house plans to do so. This requires them to go through a separate approval process for each project. Certification and the existence of a national code would eliminate this necessity. Though hempcrete has already been in popular use in Europe for over thirty years and, more recently, in Canada, it is still not widely understood as a material in the United States.  Building professionals have been tasked with providing research and other supporting documentation to building permitting authorities in order to demonstrate hempcrete’s capacity and limitations.

Beyond a standardized code to facilitate its use, there have been additional barriers to hempcrete’s integration into the U.S. construction industry. Many building professionals wrongly believe that hempcrete contains psychoactive. Concerns that the process for making hempcrete is slow and labor-intensive, as well as hard to fully automate and standardize are warranted, however, and will need to be addressed before hempcrete can gain broader acceptance in the U.S.

Fortunately, innovative companies like the UK’s IsoHemp and Canada’s Just BioFiber are forging the way with mass-produced and standardized hemp and hemp/proprietary material blocks, so hempcrete’s day in the U.S. may be dawning sooner than critics think. ICC’s approval of the hempcrete proposal initiates a public review process that will continue until June 20, 2022, with a final determination to be made at the Public Comment Hearing in Louisville, Kentucky, between September 14-21, 2022.