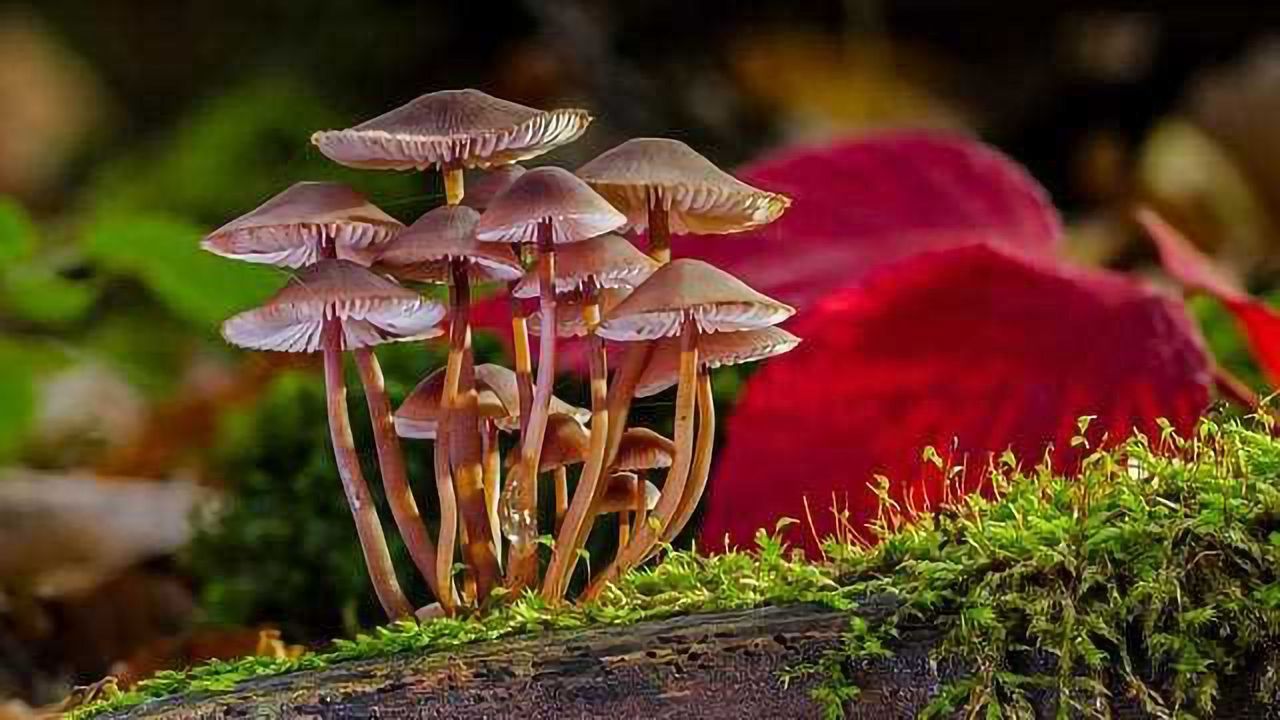 As I enjoy the last plumes of smoke and dance around my living room, I think back to how it all started. I am savoring a well-deserved joint after my yoga practice. Those who have known me best would not recognize me now. I was married, overweight, and working a job I hated — it feels like another lifetime to think about my life before plant medicine.

My (then) husband James and I were unhappy and self-medicating with food. We were fat and not fucking. What else were we going to do? Our unhappiness was aggravated by our recent exodus from our church. Perhaps it was curiosity, or perhaps as a rebellion against god as an apostate, but I decided to try “drugs”. James suggested I try weed. I’d heard some anecdotes about cannabis alleviating pre-menstrual syndrome. I thought why not, if anything, weed could reduce my cramps without my monthly intake of acetaminophen.  So yes, my ex-husband was my first dealer.

Growing up in the 90s, my education on drugs was synonymous with Reagan’s  “Just Say No” campaign. I knew nothing of drugs, or why I had to say “no”, but I knew it was my duty to say so. I was a good Korean-Christian girl, it was an easy propaganda to swallow.

South Korea was founded on the principles of Confucianism and its influence can still be found in South Korea’s modern way of life. Some of its tenets include an emphasis on family and group-oriented ways of living and thinking, filial piety, and (undue) respect for authority.

In our current age, be it a remnant of Confucianism or a bleeding in of America’s policy of the war on drugs, South Korea’s current drug policy is overbearingly punitive. When  Canada legalized recreational cannabis in 2018, South Korea reminded its 23,000  students studying abroad that they would face prosecution, should they use cannabis (The Guardian)

Growing up, my views on drugs never went beyond the sensationalized mistakes K-Pop stars made from time to time. “Just Say No” and “Weed is a gateway drug.”  How droll to think about it now, to realize that the propaganda was inadvertently correct: cannabis was a gateway.

The door it opened for me, however, was not death, but life. Cannabis alleviated my menstrual cycle pain. I felt happier, food tasted so much better, life overall, felt better with weed. I grew increasingly curious of entheogens.

Growing up, I’ve experienced trauma from sexual and emotional abuse from close family members. I’ve suffered from depression before I knew what to name it.  Maybe I could have managed my depression through years and years of therapy.  Maybe not.

Suicidal ideation became a weekly occurrence — until my communion with psychedelics. The ever-present thoughts of self-harm or my desire to die every morning dissipated. I was able to revisit my past and (re-)process difficult emotions that I wouldn’t have been able to digest without the help of psychedelics. An unexpected and very welcome side effect of my psychedelic experience was that it helped me to develop a practice of gratitude. Building a daily habit of meditation keeps my depression in check. These molecules became a pivotal part of my healing.

Emotional distress initially impacts our personal lives and ultimately bleeds out to our community as a real societal cost. As reported in CAMH, “the annual economic cost  of mental illness in Canada is estimated at over $50 billion per year”. Being emotionally constipated is revealed later in life as a major debilitating disease.  As Dr. Gabor Mate wrote in When the Body says No: “…repression is a major cause of stress and a significant contributor to illness”.

As I’ve delved deeper into psychedelic circles, I couldn’t help but wonder, where are the voices of the Korean (and Asian) community who have benefited from psychedelics? My story isn’t unique so where is the representation? The psychedelic community is growing and regulations are somewhat catching up in various countries, acknowledging the scientific merits of psychedelics. Yet “In Asia, the stigma against psychedelics is so strong that few, if any, researchers have asked for government permission to explore their therapeutic potential,” (Forbes, Psychedelic Drugs Could Radically Improve Asia’s Mental Healthcare — If It Wasn’t For Stigma)

South Korea has the highest suicide rate among OECD member nations. There is a dire need to explore what psychedelics could mean for treating mental health, yet the conversation surrounding psychedelics’ treatment for various mental ailments simply does not exist. I believe it’s time to go beyond the stigma and shame.  As Dr. Carl Hart says in his book “Drug Use for Grown-Ups:

“I also recommended that respectable middle-class drug users stop concealing their use. If more people followed this advice, it would be extremely difficult to pigeonhole all users as only irresponsible, troubled members of our society.”