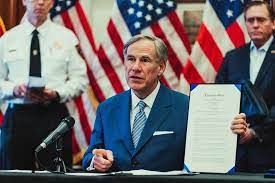 In the final days of Texas’s legislative session, lawmakers sent bills to the governor’s desk that would expand the state’s medical marijuana program and require a study into the therapeutic potential of certain psychedelics for military veterans.

Meanwhile, legislation to reduce penalties for possessing cannabis concentrates and update the state’s hemp program that had been advancing failed to cross the finish line by key deadlines over the weekend.

This rounds out an exceptionally busy legislative session for drug policy reform in the Lone Star State. While advocates are encouraged that lawmakers moved forward with the medical marijuana and psychedelics measures, they remain disappointed that they were unable to pass more expansive cannabis bills—including a decriminalization proposal that cleared the House but saw no action in the Senate.

“This session has been an epic whirlwind with many adversities. While we have made some improvement to the laws this session, what we are most proud of is our team,” Jax Finkel, executive director of Texas NORML, told Marijuana Moment. “We were repeatedly told no, that our bills were dead or that they wouldn’t give us any more. Texas pushed back!”

With respect to the victories, here’s what the bills that are now heading to the desk of Gov. Greg Abbott (R) would accomplish:

HB 1535: The measure would add cancer and post-traumatic stress disorder to the list of conditions that qualify patients for medical cannabis. As passed in the House, it would have also included chronic pain as a qualifying condition, but that was removed by the Senate, and it was not re-added in a conference committee.

Also, the legislation doubled the THC cap for marijuana products, increasing it from 0.5 percent to one percent. Originally the House-approved version increased the limit to five percent, but that was watered down in the Senate.

HB 1802: Under this bill, the state would be required to study the medical risks and benefits of psilocybin, MDMA and ketamine for military veterans in partnership with Baylor College of Medicine and a military-focused medical center. As amended by a House committee, it would also mandate a clinical trial into psilocybin for veterans with PTSD, in addition to a broader review of the scientific literature on all three substances.

The Senate adopted a balanced budget amendment to the bill clarifying that the psychedelic studies wouldn’t be carried out unless there’s funding allocated the effort—a situation already accounted for by a contingent rider for the funds. The House accepted that change before sending it to the governor.

“Psychedelic medicine has the potential to completely change society’s approach to mental health treatment, and research is the first step to realizing that transformation,” Rep. Alex Dominguez (D), sponsor of the bill, said in a press release. “It’s said that ‘as goes Texas, so goes the nation.’ While states across the country consider how best to address the mental health crisis facing our nation, I hope they once again look to Texas for leadership.”

But advocates didn’t get everything they wanted.

A bill to lower penalties for cannabis concentrates passed both chambers in differing forms and then advanced out of conference committee. But an amendment added in the Senate that would have implications for delta-8-THC proved untenable to the House sponsor, who insisted on going to conference rather than accept the other body’s changes.

The House approved the resulting report, which removed the controversial language that would have made it so hemp products would have to be tested for all forms of tetrahydrocannabinol to calculate potency. But the Senate failed to even hold a vote on the final legislation by Sunday’s deadline, killing the proposal.

The overall thrust of the bill would have made possession of up to two ounces of concentrates a class B misdemeanor, which would still carry the threat of jail time but would have represented a significant reduction from its current felony status.

Another bill to impose rules related to the transportation and testing of consumable hemp products died in conference, with negotiators unable to deliver a report by the deadline. Again, the problem was with a Senate-added amendment that would have banned products with more than trace amounts of delta-8-THC.

The change’s effect would be similar to the amendment added to the separate cannabis concentrates bill.

While advocates are pleased that the language is not being enacted, the legality of the compound under current statute remains in question. The state Department of State Health Services issued a memo late last year that some have interpreted to mean delta-8-THC is presently banned, despite its prevalence in the market.

Advocates also remain frustrated that the legislature didn’t pass a broad decriminalization measure that cleared the House. It was never assigned a Senate committee and didn’t advance by the deadline. It would have made possession of up to one ounce of cannabis a class C misdemeanor that does not come with the threat of jail time.

Separate legislation to clarify that a positive marijuana test alone is not sufficient criteria for removing a child from their home was enacted without the governor’s signature this month and takes effect on September 1, 2021.

“Thanks to relentless advocates, it was a hard-fought session. Sadly, we were detailed by oppressive state leadership and partisan crossfire,” Heather Fazio, director of Texans for Responsible Marijuana Policy, told Marijuana Moment. “Even a watered down medical bill had to be dragged across the finish line. We will continue the fight, grow our movement, and work toward ending marijuana prohibition in Texas.”