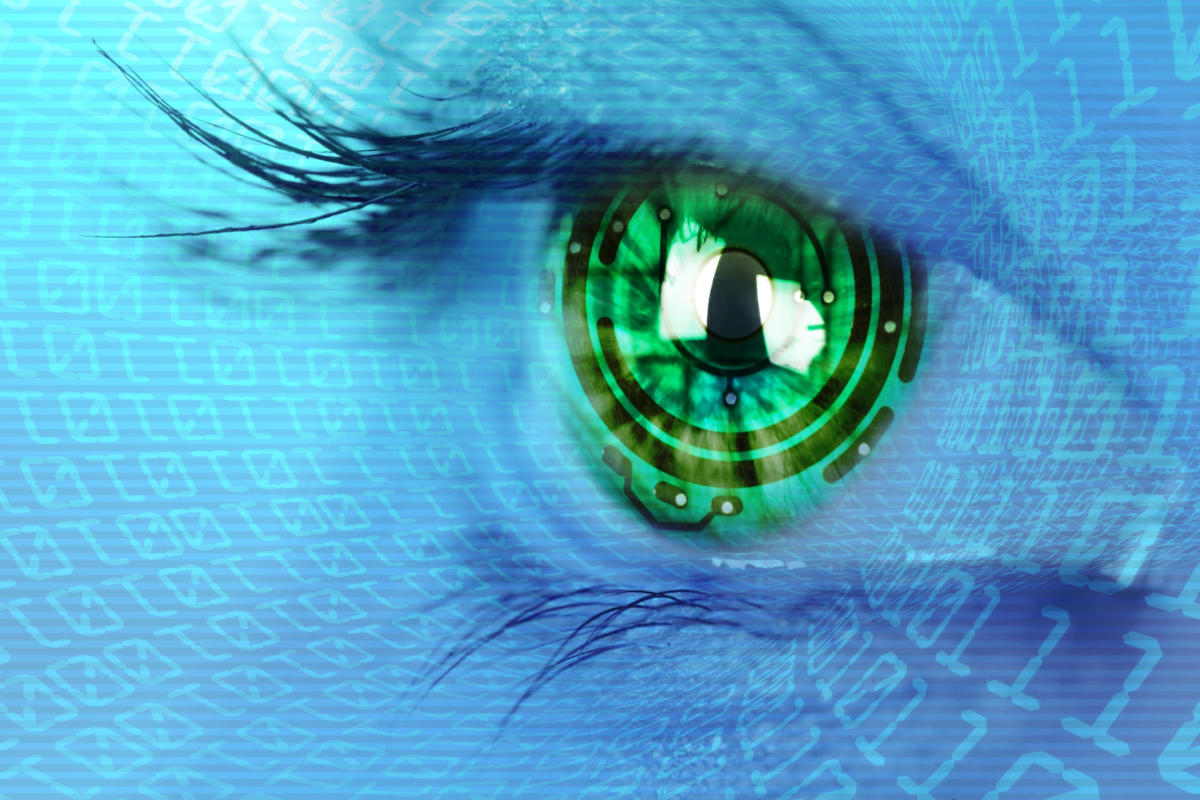 It seems as though the battle for legalization never ends for a handful of industries. In particular, the cannabis industry, gambling and gig economy are constantly involved in lawsuits. Joining these three, the psychedelics industry has also entered the fight for legalization. That’s why I’ve tracked down the six best psychedelic stocks to buy. If you’re not sure, psychedelics are drugs. If you’ve never done them, you probably recognize them by names like Psilocybin, MDMA, DMT, LSD and ketamine. If you have done them, you probably recognize them by names like shrooms, clarity, Dimitri, acid and special k. Just like marijuana a few years previously, these drugs are starting to be evaluated by the medical community to determine if they could be beneficial in treating mental health disorders. Psilocybin, in particular, won a huge battle in 2020 when Oregon became the first state to legalize the drug for medical use. A few cities followed Oregon’s lead and decided to decriminalize the use of the drug. These cities include Denver, Washington D.C. and the California cities Oakland and Santa Cruz. The drug also received a big win from the Food & Drug Administration, who recently designated psilocybin therapy as a “breakthrough therapy.” This could speed up the process with which psilocybin could pass through clinical trials and receive full approval for medical use. Basically, the conversation around legalizing psychedelics is just starting. As you might imagine, an industry that’s only legal in one U.S. state is not going to have a whole lot of companies to choose from when it comes to investing. According to Psilocybin Alpha, there are only 31 total psychedelic companies that are publicly traded. Most of these companies are listed on Canadian exchanges. With that said, this might be a great time to start buying psychedelic stocks. The industry has so much potential to grow and most of the major Wall Street banks have not given these psychedelic stocks any attention yet. Now, it’s time to take a look at the six best psychedelic stocks to buy.

NOTE: I’m not a financial advisor and am just offering my own research and commentary. Please do your own due diligence before making any investment decisions

Since psychedelics are barely even legal, it’s hard to assign a “leader” in the industry. However, if there was, it would probably be Mind Medicine (MindMed). I say this because it was the second psychedelic stock to be listed on a major U.S. exchange, after U.K.-based Compass Pathways. Being listed on a major exchange, as opposed to over the counter, is a big deal. This is because there are higher requirements to get your stock listed on a major exchange. MindMed has also received backing from high-profile investors. This includes Shark Tank’s Kevin O’Leary and Bruce Linton, the former CEO of Canopy Growth. MindMed’s main focus is using psilocybin to improve mental health. Most of its treatments have reached the fourth level of clinical trials out of seven total levels. The company also recently purchased the startup HealthMode to speed up the process of developing psychedelic drugs. Since it has been public for such a short time, there is very little to look at financially. Additionally, due to the nature of its business, it is not really going to make any money until one of their treatments receives approval. However, it has filed 45 different patents for its treatments and has an extensive outline of its business plan for investors. One thing to note is that this psychedelic stock has already gained traction on the Reddit page Wall Street Bets. That forum was responsible for sending GameStop’s price skyrocketing. Posts about the company have received hundreds of positive comments. This support could have a positive effect on the stock down the road.

Atai Life Sciences is one of the few other psychedelic stocks that trades on a major U.S. exchange. Founded in 2018, It is a clinical-stage biopharmaceutical company that wants to transform the treatment of mental health disorders. It went public in 2021 and raised $258.8 million from the sale of stock that it can use to fund its research. In total, it has eleven programs that are going through some phase of the clinical trial process. One last thing to note is that this psychedelic stock has received backing from the legendary venture capitalist Peter Thiel. Thiel is well known for making early investments in Lyft, Yelp, Facebook and Palantir.

Cybin was the first psychedelic stock to go public on the NYSE which CEO Doug Drysdale said was “An incredibly humbling experience.” It’s in the process of developing a pipeline of novel psychedelic molecules for the treatment of diverse mental health indications. Just like most of the companies listed above, its main focus is psilocybin. One of its main advantages is its drug delivery systems. First, it has developed a sublingual film that sits and dissolves on the patient’s tongue. By bypassing the liver, the drug enters the bloodstream more quickly and lasts for a shorter duration. This allows Cybin to use less of the drug to achieve the same effect in patients. It is also planning on using an inhaler system to deliver the drug, which has already received regulatory approval. In total, it has four programs going through clinical trials. It also has 14 patents covering novel psychedelic compounds, delivery mechanisms, supportive treatment platforms and drug discovery.

One company that you might not even consider as a psychedelic stock to buy is Johnson & Johnson. It’s the world’s largest and most broadly-based healthcare company that employs over 130,000 people. However, it’s also the producer of the  esketamine product Spravato. Esketamine is a general anesthetic and is used for similar indications as ketamine. However, esketamine does not interact with the user’s sigma receptors. Due to this, the FDA approved the drug in August 2020 to treat depression and suicidal behavior. This technically makes J&J the only company that has a psychedelic product on the market. Keep in mind that J&J did $82.5 billion in revenue in 2020, so one drug is not likely to have a huge impact on their bottom line (or stock price). However, this could be a sign that J&J is interested in getting into the psychedelics space if these drugs continue to become legalized. Johnson & Johnson’s stock is up close to 50% over the past five years. It also continues to pay shareholders a nice dividend that sits around a 2.5% yield. If you’re looking for income opportunities, check out these monthly dividend stocks.

United Kingdom-based Compass Pathways was the first psychedelic stock to go public on a major U.S. exchange and was listed at $17 in September 2020. Its main focus is creating synthetic psilocybin, which would be used to treat mental illness. It has a slight headstart over other psychedelic stocks because its main drug, COMP360, received “breakthrough therapy” status in 2018 from the FDA. This will enhance the speed at which it can conduct and navigate the clinical trials process.

As many of you probably know, selecting just one psychedelic stock to invest in can be both difficult and risky. This is especially true for such a young industry like the psychedelics industry. For example, you could predict that the future of psychedelics is incredibly bright and be dead right in your hypothesis. However, if you end up investing in the one company that never receives FDA approval then you’ll likely have nothing to show for your correct prediction. To avoid this, many people will consider investing in an exchange-traded fund (ETF), which tracks the prices of many different stocks. One of the best psychedelic ETFs to consider buying is the Defiance Next Gen Altered Experience ETF. This ETF was just launched in the Summer of 2020, which again gives you an idea of just how young this industry is. This ETF tracks 21 different psychedelic stocks, including many of the ones listed above. By buying shares in this ETF, you can cash in on the growth of the entire industry without the pressure of choosing just one psychedelic stock to buy. For the record, its five biggest holdings in order are Cardiol Therapeutics, Cybin, Atai Life Sciences, Compass Pathways and Field Trip Health. I hope that you’ve found this list of the six best psychedelic stocks to buy valuable! As usual, all investment decisions should be based on your own due diligence and risk tolerance. Also, if you’re looking for more investment opportunities, consider signing up for Profit Trends down below. It’s a free e-letter that’s packed with investing tips and tricks. You’ll hear directly from experts that are helping to uncover profitable opportunities. The post 6 Best Psychedelic Stocks to Buy appeared first on Investment U. psilocybin mdma lsd ketamine dmt dimitri psychedelic therapeutics therapy breakthrough therapy depression special k psychedelics investing investors stocks etf shares fund nasdaq cybin field trip health mind medicine mindmed compass field trip fda research legalize legalization legalized