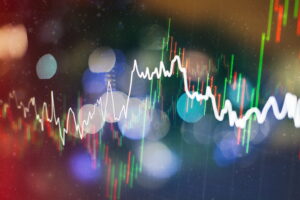 Investors are hungry for broader exposure to the psychedelic sector. On Friday, May 28, Defiance ETFs, a New York-based asset management and ETF sponsorship firm, launched its Next Gen Altered Experience ETF under the ticker PSY. The fund is the second psychedelic ETF, and the first to debut in the U.S. market, featuring a mix of cannabis, pharmaceutical, and pure-play psychedelics companies.

“We’re always trying to think about the next generation of a particular particular sector,” Jablonsky begins.

“In the past few years we’re seeing a lot of research done by various reputable and well known institutions like Johns Hopkins and NYU, for example,” she says, “not to mention large blue chip pharmaceutical firms. This comes at a time when mental health issues have skyrocketed. Now you have this decriminalization and legalization of drugs like magic mushrooms in places like Denver and Oregon. It’s a good potential investment now that you have many pharmaceutical companies really starting to invest in this.”

While still speculative, psychedelic medicines are a growing industry, with many new companies listing on smaller exchanges — or being acquired onto larger ones. We asked about the firms Defiance chose to include in PSY, and when they might choose to rebalance and add more names to their initial list of holdings.

“All of these companies are pursuing mental illness treatments in alternative medicines. You’ll see some cannabis companies, some forward-thinking pharma companies. The more that we learn and see  there are companies out there that will grow into a market cap that’s large enough, the more we’ll put into an index,” Jablonski says of PSY. “If you’ve got more psychedelics research companies out there that are dedicated to it, they’ll probably end up in our index. For now this is what we thought was sort of the healthiest mix of what actually exists,” she concludes.