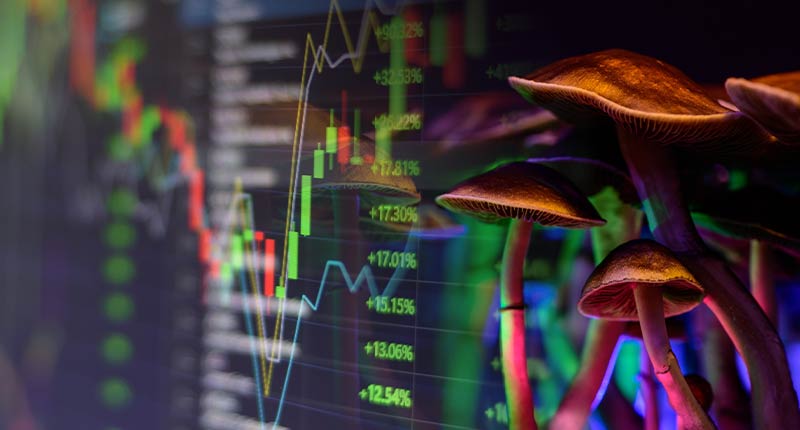 It’s Friday folks, and the psychedelic markets continue to be indecisive. Fluctuating between green and red, the overall trend was downwards as shown by Horizon’s PSYK ETF dropping over 6% this week.

The biggest recent news was MindMed announcing its launching of Project Angie, a preclinical program to study the treatment of pain with LSD. This would add another potentially lucrative product to the company’s portfolio.

At Microdose we published features looking at “The Science of Psychedelics: Exploring Mechanism of Action of the “Classic Psychedelics” and how ATAI’s big IPO will affect market leaders like MindMed.

Here are the big news items from this week:

Field Trip Health Announces DTC Eligibility
Joseph del Moral, CEO of Field Trip, said, “DTC eligibility simplifies the process of transferring the Company’s shares between brokerages in the US and speeds up the execution of trades. We are pleased to become DTC eligible.

Small Pharma Provides Update to Patent Portfolio Including Receipt of an in Order for Grant Notice
Small Pharma has received an in order for grant notice in the United Kingdom for one of its patents related to psychedelic tryptamines. This UK patent will be the first one to receive an in order for grant notice from within the Company’s growing patent portfolio for psychedelic-based medicines.

Each Wednesday and Saturday, we will send you a review of the latest price movements, financial analysis, and original insights on the emerging financial landscape of the psychedelic industry.