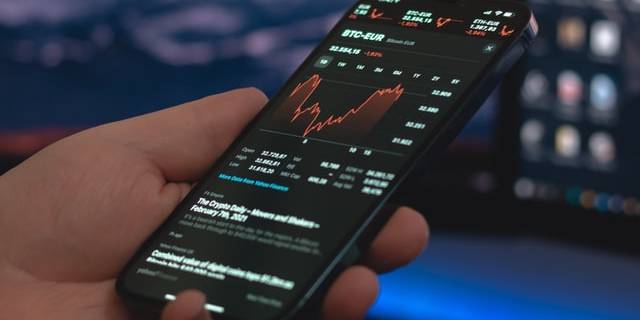 Truffle Report has compiled a roundup of major psychedelic business and investment news from May 31-June 4, making it easier for you to access these insights in one place.

On June 03, Field Trip Health Ltd. announced that its common shares will commence trading on the Toronto Stock Exchange under the ticker symbol “FTRP” and its warrants will trade under the symbol “FTRP.WT” at the opening of the market on June 7, 2021. In connection with the TSX listing, Field Trip’s common shares and warrants will be delisted from the Canadian Securities Exchange. There will be no change to the shares, to the warrants or to Field Trip’s share structure. Field Trip’s shares continue to be quoted in the United States on the OTCQX under the symbol “FTRPF”. The TSX and CSE have each published bulletins announcing the listing and delisting, respectively. No action is required on the part of shareholders.

On June 03, COMPASS Pathways plc reported further results from a Phase I study showing that its COMP360 psilocybin had no clinically-relevant negative effect on cognitive function, when administered to healthy adult volunteers with support from specially trained therapists. The data from the randomised, double-blind, placebo-controlled, Phase I trial conducted at King’s College London, will be presented today at the American Society of Clinical Psychopharmacology (ASCP) Annual Meeting, by Dr James Rucker, Consultant Psychiatrist and Senior Clinical Lecturer in Psychopharmacology at King’s College London’s Institute of Psychiatry, Psychology and Neuroscience (IoPPN). Initial results from the study were published in December 2019. The results published today present a more in-depth analysis of cognitive data and showed some trends of positive effects, but these were minor and call for further exploration in clinical populations.

On May 31, Horizons ETFs Management (Canada) Inc. announced that the index methodology for the North American Psychedelics Index is being changed effective June 7, 2021. The Index, which is owned and operated by Horizons ETFs and calculated by Solactive AG, is designed to provide a measure of the performance of North American publicly-listed life sciences companies focused on psychedelic medicines, and other companies with business activities in the psychedelics industry. The Index provides a diversified approach to the psychedelics industry, at weights that can easily and cost effectively be replicated, while at the same time reflecting the evolution of the industry in a timely fashion.

On June 1,  MYND Life Sciences Inc. announced the expansion of its intellectual property portfolio to more precisely diagnose and monitor the treatment regime for patients with Major Depressive Disorder and other diseases of inflammation. MYND’s Stable Isotope Standards and Capture by Anti-Peptide Antibodies (SISCAPA) is a patented sample preparation methods platform for diagnostics that improves the performance of mass spectrometry for measurement of pre-selected protein targets.

On June 1, Small Pharma Inc. announced the expansion of its Phase I/IIa clinical trial for its lead product, SPL026, a N,N-dimethyltryptamine based treatment for major depressive disorder. Hammersmith Medicines Research is leading the blinded, two-part Phase I/IIa clinical trial which commenced in Q1 2021. Phase I of the study aims to demonstrate the safety and tolerability of different dose levels of SPL026, a DMT fumarate, in psychedelic-naïve subjects when compared to placebo.  Phase IIa, the patient proof of concept, will assess the efficacy, safety and tolerability of one versus two doses of SPL026 in combination with psychotherapy, in patients with MDD. Efficacy will be assessed using the Montgomery-Asberg Depression Rating scale to measure the severity of depressive episodes.

On June 01,  PharmaTher Holdings Ltd. announced that PharmaTher and TSRL entered into a co-development agreement to jointly develop a microneedle array patch with the aim to control the manufacturing and supply of microneedle patches for the companies’ respective clinical and commercial drug programs. PharmaTher and TSRL share the commitment to commercialize a patented hydrogel-forming microneedle patch delivery technology licensed from Queens University of Belfast. PharmaTher is focused on incorporating psychedelics (i.e. ketamine, psilocybin, DMT, MDMA and LSD) and TSRL is focused on incorporating antiviral medications (i.e. Zanamivir, other antiviral therapeutics and vaccines) in a microneedle patch with the potential to improve on the safety (i.e. fewer side effects), efficacy (i.e. bioavailability, optimized dosing regimen including continuous system delivery) and compliance (i.e. storage, distribution and self-administration) of these compounds that currently must be taken orally, inhaled, injected and intravenously.

On June 1, Cybin Inc. announced the sponsorship of Kernel’s feasibility study of its Kernel Flow technology to measure Ketamine’s psychedelic effect on cerebral cortex hemodynamics. On January 11, 2021 Cybin announced that it would be partnering with Kernel to leverage Kernel’s proprietary Kernel Flow device for pscyhedelic-based studies and clinical trials. The Kernel Flow device is the first-of-its-kind that uses quantitative neuroimaging technology that can measure brain activity in real time using a wearable helmet during psychedelic treatments.

On June 3, ME Resource Corp announced that it has submitted an initial listing statement supporting its application for listing on the Canadian Securities Exchange in conjunction with its previously announced reverse take-over transaction with Albert Labs, a psychedelics drug developer using accelerated pathways to address urgent and unmet mental health needs across Europe. The listing statement submission will initiate a consulting phase by the CSE with the company in preparation for subsequent listing of the common shares in the capital of the resulting issuer Albert Labs, subject to satisfying requirements of the CSE. While there can be no guarantee the Common Shares will be successfully listed on the CSE, Albert Labs and the Company work towards the listing execution of definitive documents and closing with respect to the RTO definitive agreement dated March 5th.