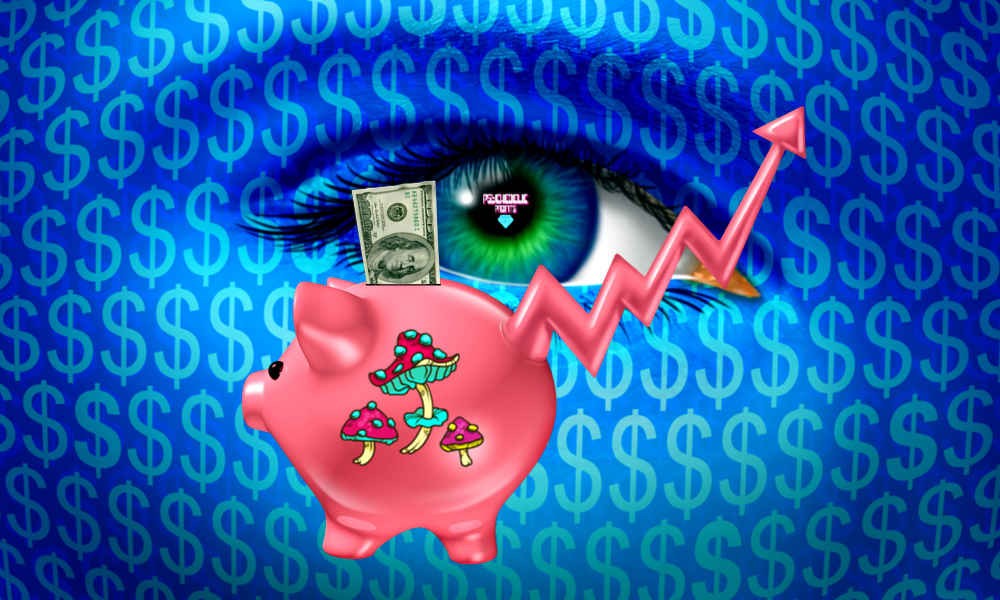 This article was originally published by the Deep Dive.

Eight Capital recently produced a primer on the psychedelic sector saying that the companies are “poised to fill a growing unmet need in mental health” and that this need has only been growing steadily but has been exacerbated by the COVID-19 pandemic. In this 27 page primer Sepehr Manochehry, their analyst, highlights COMPASS Pathways (NASDAQ: CMPS), Mind Medicine (NEO: MMED), Small Pharma (TSXV: DMT), Cybin (NEO: CYBN), Bright Minds Biosciences (CSE: DRUG), Mindset Pharma (CSE: MSET), Field Trip Health (TSX: FTRP), and Numinus Wellness (TSXV: NUMI) as the leaders and companies that are best positioned to take over this space. Manochehry gives the staggering data point that almost 800 million people live with a mental health disorder and that number hits almost 1 billion if you factor in people who are affected by substance abuse. Of that 1 billion people, roughly 45% of them receive any sort of treatment. 40% of adults and 26% of Americans over 18 say they are struggling with mental health disorders. Eight capital believes that neurology will be the next oncology. They believe that there will be an uptick in using psychedelics and it will been seen as a more legitimate treatment in the coming years. The largest ailments with unmet need include anxiety, AHDH, alcohol and opioid use problems. The current treatments/medications, include SSRI’s, opioids, benzodiazepines, and stimulants notably have a lot of negative connotations towards them. They also believe that psychedelics could prove to be the solution to the global mental health crisis with drugs such as MDMA and LSD being used more in research centers. Manochehry writes, “A growing body of evidence suggests that using psychedelics, such as psilocybin and MDMA, in combination with psychotherapy, can treat the symptoms of several mental health conditions, including depression and substance abuse.” Eight capital breaks down the sector into a few segments as some of these companies are not just developing drugs but helping with updating or building facilities and backing new services. Some businesses are also building out cultivation facilities or focusing on chemical or biosynthesis and some are working on perfecting the end product for consumers. Below you can see the breakdown. On the drug development side, they break it down into Gen 1 and Gen 2 which basically boils down to first generation focused firms have a harder time defending their IP as they are more prominently used and well studied. While second generations are usually second-generation compounds that are much easier to defend the companies IP but are obviously less studied. Information for this briefing was found via Sedar and Refinitiv. The author has no securities or affiliations related to this organization. Not a recommendation to buy or sell. Always do additional research and consult a professional before purchasing a security. The author holds no licenses. The post Psychedelics: The Eight Capital Primer appeared first on the deep dive. psilocybin mdma lsd dmt psychedelic psychotherapy depression anxiety psychedelics tsx cse nasdaq eight capital bright minds biosciences cybin field trip health mind medicine mindset pharma numinus wellness numinus compass bright minds field trip mindset small pharma research