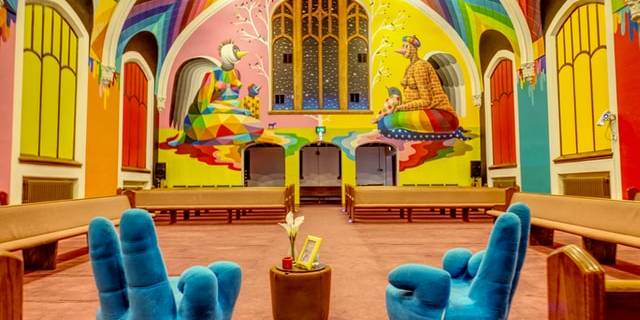 When comparing concepts of discovery, intellectual property, and patents, there are some curious parallels and contrasts between the emerging psychedelic industry and the cannabis industry. Most notably, the lion’s share of capital in psychedelic medicine is in drug discovery and the IP play, much like biotech. Cannabis, instead, has produced a wealth of consumer goods and products, such as unique herbal vaporizers, that distribute capital in that space. Cannabinoid drug discovery simply isn’t at par with what psychedelic medicine has to offer, and this is a fundamental difference between the two industries–especially when comparing IP and patents. This month’s edition of Psychedelics Versus Cannabis will explore the discovery, IP & Patentability landscape between the psychedelic industry and the cannabis industry.

Get your FREE ticket to Psychedelic Capital: The leading due diligence conference and the gold standard for investment information in the emerging psychedelic space

The “Green Rush” Is Growing: Cannabis Demand Projected to Get Even Bigger

Cannabis is a rapidly growing industry; in 2019, overall sales of cannabis products legal under state law were estimated to be worth $13.6 billion, with an expected increase to $29.7 billion by 2025, as projected in a recent report. While still schedule 1 under US federal law, more than half the country has legalized consumption of cannabis under certain guidelines. Investors in the rapidly growing industry often dubbed the “green rush”, are eager to protect their intellectual property and secure their investments. However, federal law can make this process difficult for cannabis companies. Nevertheless, while often in flux, there are several opportunities for cannabis entrepreneurs to protect their intellectual property in this space.

Drug Discovery Has Significantly Waned in the Cannabinoid Space

With the exception of some up-and-coming novel cannabinoid therapeutics in the treatment of glaucoma, drug discovery has significantly waned in the cannabinoid sector. This is in sharp contrast to the psychedelic sector, in which the race to IP in drug discovery is a major facet of the modern renaissance. Perhaps, this is because our limited scientific understanding of the cannabinoid system simply pales in comparison to our comprehensive and complex understanding of the serotonin, 5HT2a receptor that is the common target of traditional psychedelic compounds. Whatever the case may be, this is the single most fundamental difference between cannabis and psychedelic investing, especially when it comes to examining the IP and patent landscape. The entourage effect may also play a bigger role in the overall therapeutic success of medical cannabis, which may explain why drugs like THC or CBD in isolation have yet to produce incredibly successful results (with the obvious exception of drugs like Epidiolex or childhood seizures, which is a pharmaceutical preparation of CBD). Companies like GW Pharma still dominate the cannabinoid therapeutics space, but preparations like Sativex are only doing so much to excite new investors. This is in sharp contrast to the burgeoning psychedelic sector.

Thanks to the 2018 farm bill, the availability of CBD as a medical supplement or ingredient in foodstuff has significantly exploded in popularity. Similarly, the FDA’s approval of Epidiolex, a pharmaceutical CBD preparation for childhood seizure disorders, validates its therapeutic potential. While THC may remain a schedule I compound, CBD has significantly opened up opportunities for cannabis entrepreneurs looking to keep their operations federally legal. Today, it’s found in everything from foods and beverages to medical supplements and pet treats–and it’s only forecasted to grow. Novel IP and patentability would likely be a boon to a CBD investor today, due primarily to how oversaturated the market is. Yet, the industry is only projected to grow and opportunities remain available.

Innovation is Not Lost in the Cannabis Sector: Interviewing a Modern Inventor

While new cannabinoid drugs aren’t all the rage right now in the way psychedelic drugs are, there is most definitely still innovation in the cannabis space. I had the chance of connecting with Steven Gough, President of Onsen Labs, about his new proprietary dry herb vaporizing device, the Desktop Pro. He stated that “innovation of vapour delivery systems in the industry is quite saturated in today’s market. However, while herbal vaporization is no longer new, there was still a finite opportunity for development for us. At Onsen Labs, we have made material and thermal handling improvements to the traditional vaporizer design. We designed the Desktop Pro vaporizer with a built-in fan to cool the outside handled surface, while constructing new element stands from inert ceramics to improve vapour quality. Our unique thermally isolated design is Patent Pending and awaiting approval by the USPTO.” While a far cry from IP in drug development, these novel advancements hold immense therapeutic, functional and recreational value for cannabis users today.

Psychedelic Drug Discovery and the Race to IP & Patentability

Unlike the cannabis sphere, the nature of drug discovery in psychedelic medicine makes it much more akin to biotech investing. The race to novel IP is a fundamental mantra of many players in the psychedelic space today. From reducing trip time to modulating hallucinations, to even removing them entirely, the new generation of psychedelic drugs and their derivatives are bound to test the limits of psychedelic medicine as we currently know it. To the companies racing toward novel IP in drug development, the road is long but the rewards are certainly massive. While we watch companies like MagicMed Industries pioneer the way forward in this sector, it is important to embrace the new generation of psychedelic compounds that have been tried and tested to be efficacious and safe. Unlike cannabis, serious “biotech-flavored” investor interest is igniting the psychedelic sector and lighting up capital markets. As more companies go public and bring on the best of the best scientific advisors, investors can expect the future of psychedelic stocks to be even more dynamic. As new drug formulations, their delivery systems and more are granted successful patents and work their way through the regulatory pipeline to mainstream medicine, the amount of opportunity in the psychedelic space is poised to grow exponentially. Securing novel IP in this drug discovery race will be fundamental to players in this space and worth keeping a close eye on by investors and enthusiasts alike.

Non-Pharmaceutical Pursuits for IP & Patents in Psychedelics Versus Cannabis

While pharma-style drug development and IP protection have been stressed as major pursuits in psychedelics, they do not encompass all attempts at securing IP in psychedelics. Everything from unique treatment modalities and novel digital therapeutics to new delivery systems are up for grabs in this modern renaissance, and companies everywhere in psychedelics are trying their hand at securing these patents. Similarly, in cannabis, non-pharma IP pursuits entail novel devices and instruments used in the many creative ways to consume cannabis. While there is indeed some overlap here, greater excitement and capital interest are being generated on the psychedelic side, especially as it relates to mental health.

The biotech-like focus in drug development the psychedelic medicine industry is currently witnessing sets it far apart from cannabis in terms of the type of IP and patents being sought. With novel psychedelic derivative compounds coming to market, the psychedelic industry has ample opportunities to take advantage of IP and patents to protect their investment. Likewise, the cannabis space is no stranger to innovation and has its own unique opportunities when it comes to discovery, IP and patents. Whilst the majority of such innovation is not taking place in novel cannabinoid drug discovery, there are ample other sectors in the cannabis space that are seeing new inventions quite regularly. As the two industries grow together, IP and patents will surely be an important part of the equation to consider.

Get your FREE ticket to the Psychedelic Capital: The leading due diligence conference and the gold standard for investment information in the emerging psychedelic space