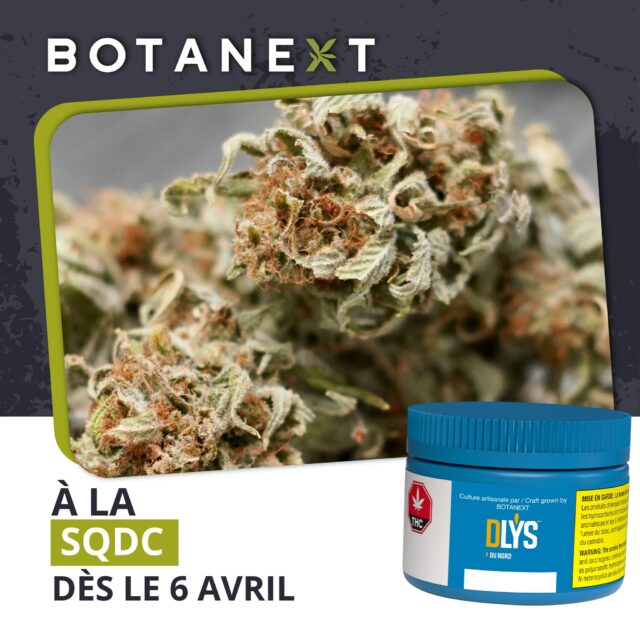 On Monday, the cannabis company announced it’s partnering with Botanext, a micro-producer based in Val-d’Or, Quebec that specializes in hand-trimmed and hang-dried craft cannabis.

The first cultivar will be sold under the name DLYS du Nord and will be available on April 6 via the Société québécoise du cannabis (SQDC). It will be a Sativa-dominant hybrid cultivar called Double Tangie Banana, which is a citric-flavoured cross between Banana Sherbert and Tangie.

“Quebecers should have access to great products made right here,” Botanext President Maxime Godbout, said in a statement. “We know that’s important to them. Our love for a quality flower, combined with our knowledge, is the essence of the Botanext DNA.”

“The team at Botanext is proving how important Québec micro-producers are to the cannabis industry — and more importantly, the Québec consumer,” Rose CEO Davide Zaffino ROSE said in a statement.

“Everyone on the Botanext team has a clear passion for what they do, and their attention to product detail exemplifies all the values of DLYS,” he added.

Rose has also teamed up with artisanal hemp producer Après La Pluie, which focuses on outdoor, non-psychoactive cannabis and will debut a CBD-based product under the Six Lunes brand.