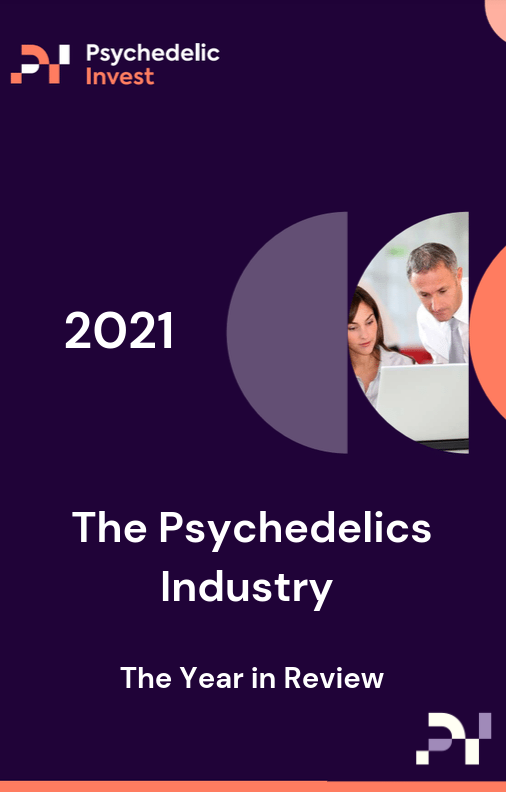 2021 was an expansive year for the psychedelics industry, topping the previous year of immense growth, with funding to psychedelic medicine companies surpassing $730M across 61 total deals, up from 42 in 2020–in what some are calling “The Psychedelic Renaissance.”

Public and private organizations are driving the psychedelic reform movement internationally, with companies and lawmakers sponsoring legislation and research into psilocybin, MDMA, ketamine, LSD, DMT, and other psychedelic substances. A host of companies are developing psychedelic-based drugs, supportive tools, and therapies for conditions including treatment-resistant depression, anxiety, addiction, PTSD, ADHD, autism spectrum disorder, eating disorders, and more. Research is happening parallel to the decriminalization movement, which continues to gain momentum. In 2020, voters in Oregon made the historic vote to pass Proposition 109, decriminalizing all drugs, legalizing psilocybin for medical use, and investing in substance misuse treatment. Washington also decriminalized all medical uses of psychedelics in December of 2020. Washington D.C. and Denver have both moved forward with decriminalization efforts and on December 13th, 2021 a New York lawmaker filed a bill to legalize medical psilocybin with a focus on first-responders and veterans. Similar decriminalization efforts are in action in Massachusetts, Connecticut, Texas, Virginia, and California.

2021 was a year of big public listings and saw the first several billion-dollar IPOs in the space. Compass Pathways became the first company to be publicly traded north of $1 Billion, an indicator of the industry’s rapid expansion and a larger paradigm shift in our approach to mental health care–soon followed by MindMed, GH Research, and atai Life Sciences. Atai is now the largest company in the psychedelic space, with a market cap of $1.2B and partial ownership of the second largest company in the space, Compass Pathways (CMPS) at $947M, followed by GH Research, capped at $1.2B, and Mind Medicine (MNMD) at $535M. Celebrity investor Peter Thiel’s backing of atai, the third psychedelic biotech to go public in the US, made news in June. In December, it was announced that atai would be added to the Nasdaq’s prestigious biotechnology index.

The COVID-19 pandemic has been linked to a sharp rise in mental health disorders–already a major global issue before COVID-19, with 1 billion people affected worldwide. As the pandemic continued into its second year with subsequent lockdowns, roughly 40% of US adults reported symptoms of anxiety or depression, according to KFF. These growing concerns exposed the weaknesses of traditional health care systems to address and heal mental health disorders at the root–and also amplified the demand for real, healing solutions. With consumers increasingly open-minded to alternative therapies (after the success of cannabis legalization efforts) and seeking solutions to unmet medical needs–the record $730M invested across the sector shows optimism among investors, and increasingly, the general public–around psychedelic medicines’ potential to transform traditional mental health therapies and address the root cause of persistent or “untreatable” issues–such as treatment-resistant depression, anxiety, PTSD, ADHD, addiction, eating disorders and more.

Because of the urgent nature of conditions such as treatment-resistant depression, reporting on these issues requires sensitivity and a nuanced understanding of these conditions, which by their nature engage with grave conditions including self-harm and suicide. These inherent risk factors must be taken into consideration when reading and evaluating clinical data related to conditions such as PTSD and TRD. After all, the hope of “solving” hopelessness–or such high risk, high priority conditions as treatment-resistant depression and PTSD–may be the Trojan horse that paves the way for much more research in the space.