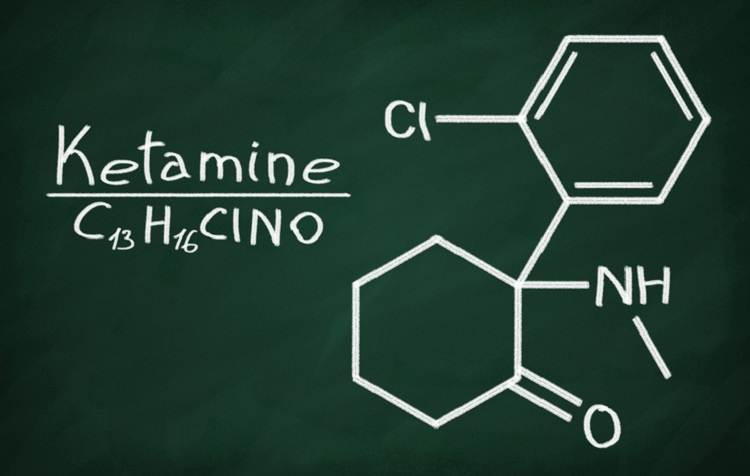 The article A Look at Ketamine and Mental Health was originally published on Microdose.

In its current legal medical use, doctors use Ketamine as an anesthetic for medical procedures that do not require muscle relaxation. For many, ketamine was administered in a hospital emergency department visit, for reasons/injuries such as:

In 1985, Ketamine was added to the World Health Organization’s “essential medicine” list. Ketamine was extremely beneficial during the Vietnam War. In the 2000’s, ketamine started being explored for treatment in mental health conditions, such as depression.

Ketamine became even more popular and when that happened the “street” versions came along, creating a level of prohibition. Some of these versions are known as: Special K, Kit Kat, Super Acid, and Jet, to name a few.

“It wasn’t just, ‘let’s try this drug and see what happens.’ There was increasing evidence suggesting that there was some abnormality within the glutamatergic system in the brains of people suffering from depression, and this prompted the idea of using a drug that targets this system.”

2017 research studies on ketamine and depression indicate ketamine can quickly relieve depression in people who do not respond well to other treatments.

In 2019, the U.S National Library of Medicine National Institutes of Health, published the results of a ketamine and depression study and found: “Ketamine has a robust and rapid effect on depression, which was seen immediately after the administration of ketamine and sustained at the end of 1 month.”

Ketamine has been studied in its use for treatment for bi-polar disorder and findings show that in one study: “52% responded favorably to a single ketamine infusion.”

Ketamine was also the first Food and Drug Administration (FDA) approved psychedelic treatment for a psychiatric disorder. In March 2019, esketamine nasal spray Spravato® (by Janssen) was approved by the FDA for the treatment of treatment-resistant depression. In August 2020, the FDA extended the approval for esketamine to adults with major depressive disorder or acute suicidal ideation.

Below are some excerpts from personal accounts of ketamine treatments…

Ketamine and treatment of anxiety:

“My ketamine experience felt like a journey through my own mind, where I encountered beautiful visuals and accessed difficult areas of my life from a new angle. It was as if I was floating outside my body, leaving my habitual state of mind behind, and opening myself to new possibilities.

In my opinion, one of the biggest benefits of ketamine, compared to traditional pharmaceutical antidepressants and anti-anxiety medications, is that it only stays in the body for hours—rather than altering brain chemistry every day. After the treatment, I was so present that I could have gone back to normal activities 15 minutes later.

However, the insights and new perspective that I had while on ketamine stayed with me. In the weeks that followed, I was also able to slip into deeper meditation more easily—which I attribute to ketamine’s potential ability to help calm rumination and a wandering mind.”

The full story can be found here.

Ketamine and treatment of depression:

“It wasn’t long before the nurse came in and handed me an eye mask and a small MP3 player. With a small pinch, he inserted the IV, cautioning, “You might feel nauseous or anxious or even like you’re having an out-of-body experience. But try not to let it scare you — just relax and let everything unfold naturally.” I nodded, put on the eye mask and headphones, and waited for something other than soothing instrumental music to kick in.

Slowly, I slipped away to a higher place. I felt a gentle pressure all over my body, like I was being squeezed by an invisible force. My mind floated into the sky. The lilting new-age music began dripping like honey.

I was transported to a childhood memory of floating on my back in a northern Michigan lake during a light rainfall. My mind’s eye was so vivid, I felt as if I could reach out and touch the cold water if I wanted to.

I recognize now that this sounds like the wannabe-profound ramblings of a college freshman who smokes weed for the first time, but through these frameworks, I was able to challenge the distorted, depressed thoughts that had been plaguing me. I wasn’t a failure, a disappointment to my family, a burden to my friends — these were just thoughts that stuck to me like tar in my depressed state.

Toward the end of my trip, a voice instructed, ‘You will now awaken.’ I took off my blindfold, and the nurse came in to remove the IV. I felt content but dizzy.”

The full story can be found here.

As plant medicines continue to prove their healing powers, we continue to see and learn that the power behind their healing is in fact their ability to take us away and into the realm of beautiful possibilities.