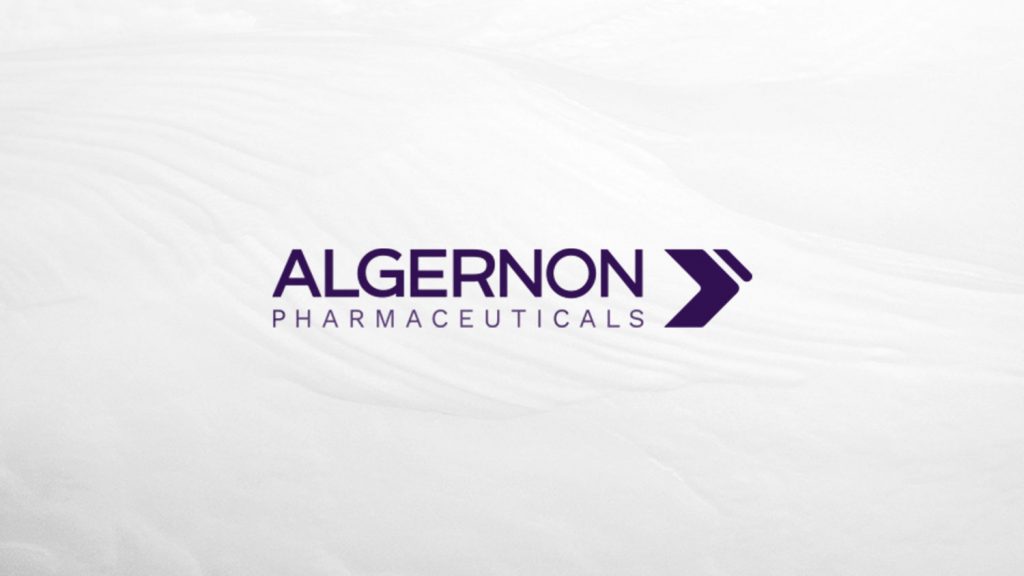 Algernon Pharmaceuticals Inc. (CSE: AGN), a clinical stage pharmaceutical development company is pleased to announce that it has completed the manufacturing of its clinical grade supply of AP-188 (“N,N-Dimethyltryptamine or DMT”) at Canadian manufacturer Dalton Pharma Services. The Company believes it has produced a sufficient supply of cGMP DMT to complete its planned Phase 1 and Phase 2 clinical trials.

The Company also announces it has appointed Dr. Anthony Rudd and Dr. Robert Simister, both from the U.K., as medical consultants to the Company’s DMT stroke clinical research program. Both Dr. Rudd and Dr. Simister have extensive backgrounds in stroke management as well as clinical care and stroke research. Their primary responsibility will be to help guide the Company’s Phase 2 acute stroke and post stroke therapy clinical trials planned to begin in the U.K. in the latter part of 2022, after the Phase 1 trial has been completed.

Anthony Rudd, MB, BChir, FRCP, CBE is an emeritus professor of Stroke Medicine at Kings College London and recently retired as a consultant stroke physician at Guy’s and St Thomas’ Hospital. He was the London Stroke Clinical Director from 2010-2019 and the National Clinical Director for Stroke for NHS England from 2013-2019, where he oversaw dramatic improvements in the paradigm of NHS stroke treatment.

For over 20 years he chaired the Intercollegiate Stroke Working Party at the Royal College of Physicians which was responsible for developing the National Clinical Guidelines for Stroke and running the National Sentinel Stroke Audit program. He chaired the National Institute for Health and Care Excellence (NICE) Guidelines Group for Acute stroke and TIA and the NICE Stroke Quality Standards Development Group. He is also past president of the British Association of Stroke Physicians and is Honorary Vice President of the Stroke Association.

Dr. Rudd was educated at Cambridge and King’s College London, receiving his medical degree in 1978. His research interests are stroke rehabilitation, organization of care and quality improvement. He has published over 300 peer reviewed publications and supervised fourteen higher degrees.

He was made a CBE (Commander of the British Empire) in 2013 in recognition of his services to stroke medicine.

Robert Simister MA MB BS PhD FRCP is a consultant neurologist and stroke physician as well as an honorary senior lecturer at University College London, where he also serves as the Clinical Lead for the Comprehensive Stroke Service and the Clinical Director of Stroke Medicine and Acute Neurology. Since 2019, he has been the Joint Clinical Director for the London Stroke Clinical Network.

Dr. Simister received his medical degree from the Charing Cross and Westminster Medical School, now part of Imperial College London, and was awarded his PhD in Neuroscience from University College London in 2012. In addition to his consulting and directorial responsibilities, he maintains an active research program directed towards improving outcomes for stroke patients.

“Completing production of a cGMP supply of DMT is a major milestone for the Company’s clinical stroke research program and it ensures that we will have a supply of the drug for our planned Phase 1 and 2 clinical trials,” “We are also very pleased to have Dr. Rudd and Dr. Simister join as medical consultants as we now begin the process of planning our Phase 2 studies for both acute stroke and for therapy post stroke.”

Algernon is a drug re-purposing company that investigates safe, already approved drugs, including naturally occurring compounds, for new disease applications, moving them efficiently and safely into new human trials, developing new formulations and seeking new regulatory approvals in global markets. Algernon specifically investigates compounds that have never been approved in the U.S. or Europe to avoid off label prescription writing.