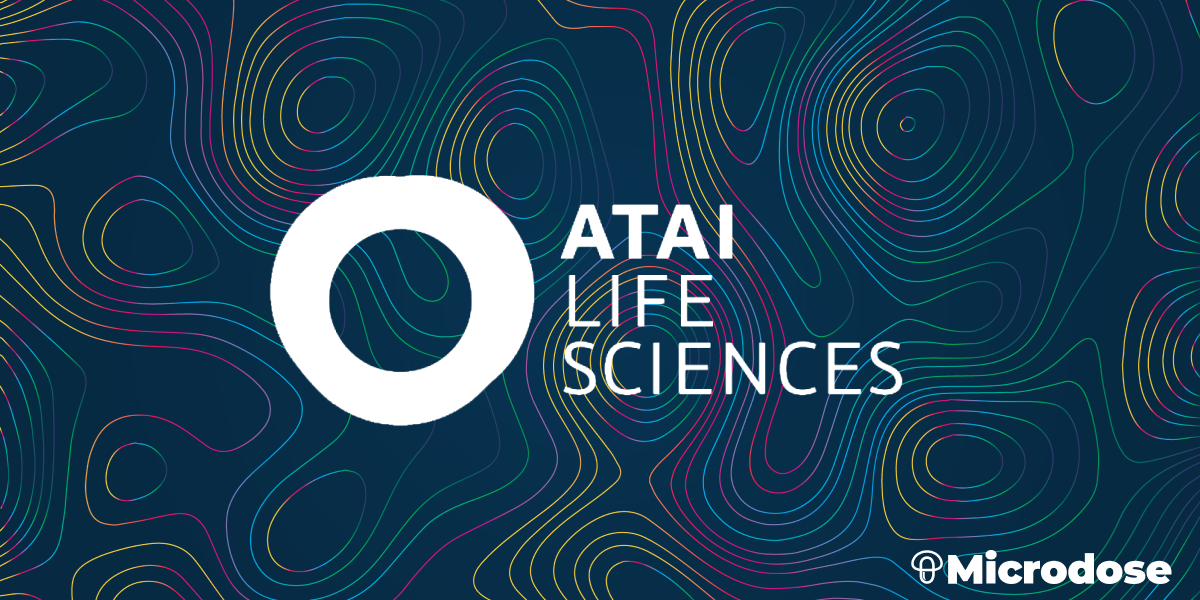 The news continues to buzz throughout the industry. ATAI Life Sciences, the psychedelic sleeping giant, has finally announced its filing with the SEC. The Peter Thiel-backed firm will begin trading on the Nasdaq under the ticker ATAI, aiming to raise $100 million in its initial public offering.

This announcement is big news, not only for current and future ATAI shareholders but for the space as a whole. The entry of such a significant player, backed by these kinds of big names, will likely have positive spillover for the entire psychedelic medicine industry.

But who is ATAI Life Sciences? Why all the buzz? Let’s have a closer look.

Founded in 2018 by a team of top entrepreneurs, including Christian Angermayer, Florian Brand, Lars Wilde, and Srinivas Rao, and with $362.3 million already raised from private investors to date, ATAI has managed to build a seriously impressive company in a relatively short amount of time.

They call themselves a “drug development platform” and “biotechnology company pioneering mental health innovation…by researching both psychedelic and non-psychedelic compounds”. A company using psychedelics to treat depression, anxiety, addiction, and other mental health conditions – sounds great, but not exactly something we haven’t seen before.

The difference lies in the company’s setup and what Atai refers to as their “economy of scope”.

Most psychedelic players have a pretty narrow development focus, often necessary in the capital-intensive and scientifically demanding biotech game. Compass is working on psilocybin for depression; Pharmather is doing ketamine. While some like Numinus are beginning to expand their pipelines, MindMed had been the only public player with a truly diverse product portfolio (trials running for ibogaine and LSD, with MDMA and DMT and others in development).

And then ATAI came along.

There are currently 14 different companies operating under the ATAI umbrella, developing compounds ranging from psilocybin to DMT, to MDMA, to a few I’m having trouble pronouncing. It’s all part of their philosophy to use the ATAI as a hub to acquire, incubate, and develop a wide range of products.

Decentralized drug development. In addition to funding, our evolving companies have access to our deep domain expertise and operational backbone.

Shared resources. By streamlining internal processes like accounting and HR, we allow our companies’ scientific founders to focus on what really matters — the science.

This strategy allows each entity to work independently, remain focused and efficient, while still being able to share resources and information. An economy of scope that’s already built an impressive stable of companies and products in development. Some highlights:

With this kind of pipeline and another $100 million to soon be added to already well-stuffed coffers, ATAI is looking like a potential industry leader in the making.

Hopefully, their IPO goes well and both ATAI and the entire psychedelic space can ride the positive momentum forward.