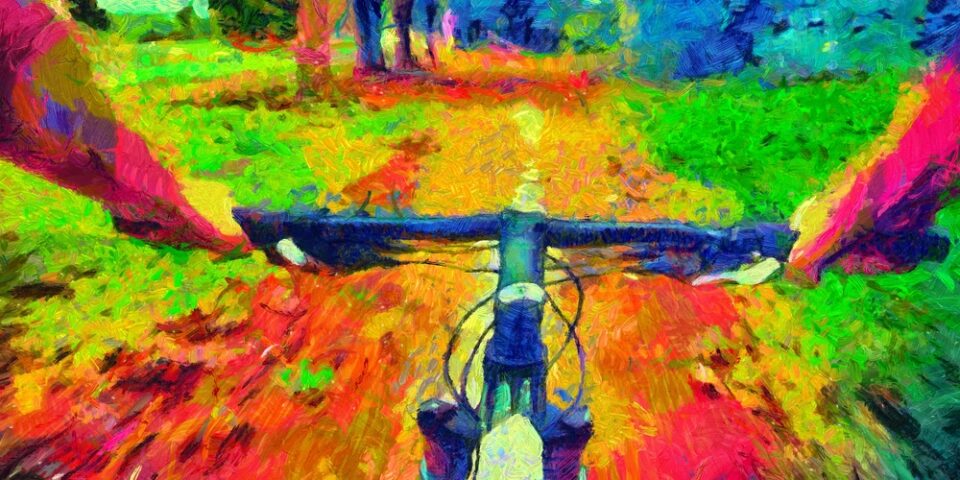 While most people in the cannabis industry are gearing up for the high holiday of April, 20 or 420, our good friends in the psychedelic industry have their own day of celebration. It’s called Bicycle Day and it falls on April 19. The history is that on April 19, 1943, Albert Hofmann, the Swiss father of psychedelic medicine, dropped lysergic acid diethylamide (LSD) at 4:20 pm, interestingly enough, and went on a bike ride, becoming the first human to trip on LSD.

According to Wikipedia, “Hofmann’s condition rapidly deteriorated as he struggled with feelings of anxiety, alternating in his beliefs that the next-door neighbor was a malevolent witch, that he was going insane, and that the LSD had poisoned him. When the house doctor arrived, however, he could detect no physical abnormalities, save for a pair of incredibly dilated pupils. Hofmann was reassured, and soon his terror began to give way to a sense of good fortune and enjoyment, as he later wrote…”

“… Little by little I could begin to enjoy the unprecedented colors and plays of shapes that persisted behind my closed eyes. Kaleidoscopic, fantastic images surged in on me, alternating, variegated, opening and then closing themselves in circles and spirals, exploding in colored fountains, rearranging and hybridizing themselves in constant flux. It was particularly remarkable how every acoustic perception, such as the sound of a door handle or a passing automobile, became transformed into optical perceptions. Every sound generated a vividly changing image, with its own consistent form and color”

Hofmann realized he had made a significant discovery: a psychoactive substance with extraordinary potency, capable of causing significant shifts of consciousness in incredibly low doses. Hofmann viewed the drug as a powerful psychiatric tool; because of its intense and introspective nature, he couldn’t imagine anyone using it recreationally.

The celebration of Bicycle Day originated in DeKalb, Illinois, in 1985, when Thomas B. Roberts, then a Professor at Northern Illinois University, invented the name “Bicycle Day” when he founded the first celebration at his home. Several years later, he sent an announcement made by one of his students to friends and Internet lists, thus propagating the idea and the celebration. While this holiday isn’t as widespread as 420, a series of events honoring the day is beginning to happen.

Jazmin Hupp, author of The Inside Guide celebrates the day with a special online event. Register at https://theinside.guide/bicycleday

Join Salt City Psychedelic Therapy & Research (SCPTR) along with other pro-psychedelic organizations in the Salt Lake City area to celebrate Bicycle Day with other like-minded individuals throughout Utah. This FREE event is a celebration of all psychedelics, appreciation for the cultures and people throughout history that have made the psychedelic experience possible for us today, and increased consciousness globally.

MAPS – A lineup of events

To commemorate the 78th anniversary of Dr. Hofmann’s discovery, the Multidisciplinary Association for Psychedelic Studies (MAPS) is proud to present a list of curated offerings hosted by the psychedelic community. Like Visionary Art with Alex Grey and Allyson Grey, 2:00 PM – 3:30 PM (PST). Immerse yourself in the world of psychedelic art in a journey guided by visionary artists Alex Grey and Allyson Grey, the founders of the Chapel of Sacred Mirrors (CoSM), featuring a conversation with MAPS Founder Rick Doblin, Ph.D.

The Macrodose: Take A Course

If you’re new to the idea of exploring consciousness through psychedelics, up your game with DoubleBlind’s brand new introductory course, DB 101: How to Take Shrooms & LSD.

“Of all the things people have asked us about since we started DoubleBlind, we’ve received the most questions about how to take shrooms and LSD,” write the founders about their latest offering. “It’s important to us that people are never excluded from accessing resources they need to embark on their journeys.” The limited-time course will be available for one week and is being offered at a discounted rate.

Next month on May 12 at 3 pm Green Market Report is hosting a virtual event titled “The State of Psychedelic Investing.” You can register here.