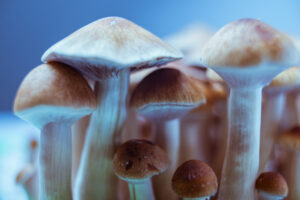 A California-based advocacy group is filing a petition to legalize psilocybin mushrooms statewide via the 2022 ballot. This attempt is being made separately from the broader psychedelic decriminalization bill SB 519, currently making its way through the California State Legislature.

Decriminalize California submitted the petition — titled the California Psilocybin Initiative — to the state attorney general’s office on July 12. If approved by the office as a ballot measure, it would require 623,212 valid signatures within 180 days, starting in early September.

“If all goes well and society isn’t shut down from another round of the plague, murder hornets, or an alien invasion (my personal favorite) then we should begin collecting signatures starting in early September of this year,” says Ryan Munevar, Campaign Director of Decriminalize California in a press release.

The initiative would legalize “personal, medical, therapeutic, religious, spiritual, and dietary use” of psilocybin mushrooms for individuals aged 21 and over. It would also allow “cultivation, manufacture, processing, production” of mushroom edible products and extracts of psilocybin.

The initiative has dropped the word “decriminalize” from the title, saying there won’t be limits on personal possession of psilocybin.

Earlier this week, the state Assembly committee imposed limits for personal possession on a broader psychedelic decriminalization bill, resulting in an apparent schism between lawmakers and fellow psychedelics boosters, and advocacy group Decriminalize Nature. The California Psilocybin Initiative, however, is not proposing any limits on the personal possession of the substance for individuals above the age of 21.

Psilocybin mushrooms, under this proposed resolution, would “not be subject to any sales, use, or excise tax.”

Decriminalize California states that “psilocybin mushrooms would be regulated as a foodstuff, and therefore may be subject to local sales tax, depending on the form in which the mushrooms are sold.”

The group further contends that “high excise rates” on cannabis have prevented consumers from buying the substance legally, “diverting sales to the illegal market”.

“The Initiative deliberately prohibits imposing an excise tax on psilocybin mushrooms, in order to incentivize consumers to purchase from regulated, licensed retailers,” DC writes on its official website.

While the initiative proposes to allow any use of psilocybin for those of legal age, it also suggests encouraging “research into the therapeutic and medical applications” of the substance.

“The California Department of Consumer Affairs and the California Health and Human Services Agency shall adopt and implement the qualification requirements and protocols for Psilocybin Mushroom-assisted therapy created by an independent professional certifying body,” the initiative proposes.

Qualified practitioners would also be able to conduct psilocybin-assisted therapy after obtaining certification for specialized training. The California Department of Consumer Affairs and the California Health and Human Services Agency would be responsible for laying the qualification requirement and protocols for psilocybin-assisted therapy “by an independent professional certifying body.”

“Starting January 1, 2023, any Psilocybin Mushroom Business operating on land that is zoned for commercial agricultural production and approved by the COPA for food production can begin the cultivation, manufacturing, and wholesale distribution of Psilocybin Mushrooms,” the initiative states.

It further adds that, “Starting April 19, 2023, any business that is incorporated in California and possesses a California Seller’s Permit can begin retail sales of Psilocybin Mushrooms to adults 21 years of age and over.”