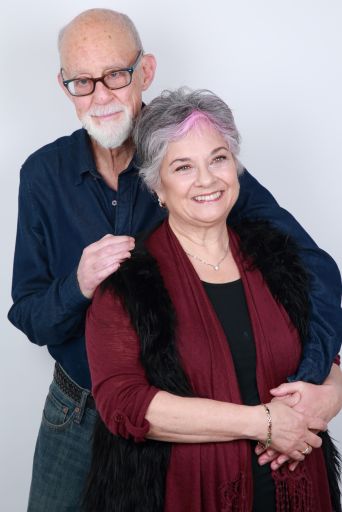 It was a serene day by our secluded spot by the lake in Brooklyn’s Prospect Park, but my wife Shelley was sobbing uncontrollably. Clutching the framed picture of her handsome, smiling son (my stepson), she knew he was finally free.

It was a moment none of the forty of us in the midst of an MDMA experience would ever forget.

MDMA, or Methelenedioxymethamphetamine, commonly known as Ecstasy or Molly, is the still-illegal drug that recently demonstrated significant results in Phase 3 clinical trials providing profound and apparently lasting relief for sufferers of intractable cases of PTSD.

Shelley and I hoped that this medicine (we prefer the term to “drug”) would help us heal our grief. Now in our early seventies, we’ve taken it together four or five times a year ever since we met over twenty years ago. Each experience has been either healing, bonding for us as a couple, or simply joyous.

Certainly this is in part due to our caution. We know at our age that if we did a powerful substance like MDMA irresponsibly, it would knock us on our butts. And Shelley, a retired nurse, is conscientious about our health. So we always test it for purity; weigh the powder to the milligram; stay adequately hydrated the entire time; and replenish our bodies with plenty of sleep, 5-HTP, and healthy food for days afterwards.

For us, the scientific revelations of this “party drug” as a therapeutic medicine have simply confirmed our lived experience. So much so, we long ago decided to start hosting annual group gatherings for our friends (who bring their own medicine), and these have become increasingly popular.

Nine days before that occasion, I awoke to the sound of blood-curdling screams coming from our living room. I bolted in to find Shelley, her phone flung across the room, pounding the couch and bursting with horror as if she were witnessing her heart being ripped from her chest.

Shelley’s son Scott had just moved into a house with his new girlfriend, his two cats and her little dog. Earlier that morning, his girlfriend had found him dead and slumped over on their couch. He was 39. (We are still awaiting the autopsy results.)

We both knew that our grieving process, especially Shelley’s, would take a long time. Not being religious, she wasn’t exactly sure where to begin. She did know that nine days later we were scheduled to participate in the group experience. Though devastated, neither of us doubted for a moment that we’d be attending.

So on that day in Prospect Park, we gathered with our friends – of all ages, from all walks of life, and from all over the country. Earlier in the week, while sharing the news of her loss with those who would be coming, Shelley had requested a healing circle at some point during the day, for herself and anyone else who needed it. We were therefore expecting a healing experience of some sort. But what happened that day startled the both of us.

It turned out that many of us in this time of pandemic, fear and isolation had something to grieve. One, a fellow boomer, spoke of losing his mom in just the past week. He said he felt like he needed to scream in anguish. To be honest, at that moment I thought, Oh my God, please don’t scream here in the park!

Shelley, however, threw him a cushion and told him to just do it. (I thought, “I’m a psychotherapist. Why didn’t I think of that?”) Three times he let loose into the cushion, to his great relief, and to ours on his behalf.

After everyone who wished to had spoken, Shelley unwrapped a photo of Scott that a friend had enlarged and framed, and which she couldn’t look at until that moment. She showed it to the group and started to weep. She spoke of how her son had been in pain all his life – great mental anguish, and, the past few years, great physical pain as well, due to a back injury.

At this point, I needed to speak up. “What I haven’t shared with you until now, Shelley, is that the day Scott died, I felt his presence there in our living room. He was sending us his love, and seemed to want to reassure us.

It was then that Shelley burst like a dam, erupting into deep, cathartic sobs. And all at once, everyone seemed moved to huddle all around her, with those closest placing their hands gently on her head, legs, and arms. The rest of us reached out to touch someone touching her, until it felt as if we’d become one organism sending healing energy to the part of us that needed it.

When Shelley lifted her head and opened her eyes, she felt this swelling human wave of love washing over her, flooding her with the healing intention of forty friends. It was a communal heart-tipped arrow that seemed to pierce her agony. Her crying seemed to shift from pure pain to a kind of surrender, acceptance, and peace.

Several days later, a participant wrote to us, “I never want to go to a traditional wake or funeral again, now that I’ve seen this alternative!”

Now, nine months later, Shelley still speaks of how that day profoundly alleviated her grief. And watching this happen for her helped heal me as well.

Our healing process is going to take some time, of course. But while Shelley will always start to weep whenever the subject comes up, she seems neither broken nor debilitated by this great loss.

Grief is an eccentric companion, peculiar to each individual. For us, MDMA helped. Due to its ability to increase empathy in those under the influence, our tragic loss will forever be associated with an unabashed outpouring of love, caring and connection that reverberates to this day. And due to the MDMA-spurred release of serotonin, which enhances feelings of wellbeing, Shelley felt safe enough to lower her defenses, bare her soul, and allow that turbo-charged gush of love to enter and serve as a balm to her raw and wounded heart.

That day made us wonder what it would be like to live in a world where people would gather when tragedy strikes, use MDMA to connect with those most bereft, and directly participate in their healing. Indeed, it was the combination of community and this remarkable medicine that was so consoling. Together they seemed to work with tragedy and loss like light works with shadow.

Who can imagine the applications for this uncanny compound still to be discovered? We recognize that our experience is purely anecdotal. We look forward to solid research involving MDMA and grief.