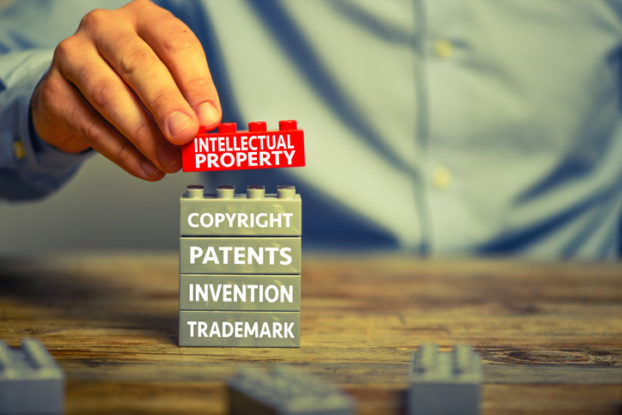 The article Cybin Granted DMT Patent for CYB004 was originally published on Microdose.

In the long marathon that is psychedelic medicine drug development, there are several smaller races going on within the larger contest, each of them helping companies continue to move forward.

Developing and securing intellectual property is one of the most important tasks of a biotech firm, de-risking the development process and providing investors with added confidence.

Which is why this morning’s news of Cybin’s patent approval for their CYB004 compound is a newsworthy headline.

The patent covers deuterated forms of DMT and 5-MeO-DMT, and CYB004 is looking at anxiety disorders — molecules with very interesting potential and markets with huge unmet needs.

“CYB004 is a proprietary deuterated psychedelic tryptamine that has the potential to effectively treat anxiety disorders without the well-known side effects of the current treatment landscape,” said CEO Doug Drysdale.

From Cybin’s previous press release on CYB004: According to the U.S. National Institute of Mental Health, anxiety disorders are one of the most common mental illnesses in the U.S., affecting 40 million adults, or approximately 18% of the population every year. Despite the availability of many prescription medicines, these treatments are not equally efficacious in all patients with up to 50% of patients with general anxiety disorder failing to respond to first-line treatments. Current standardized treatments for anxiety disorders also require chronic administration of medicines that have a long time to onset and present several potential side effects including weight gain, gastrointestinal disturbances, sexual dysfunction and withdrawal symptoms.

There was a time when MindMed was the only player in town with a diversified portfolio. But those times are a changin’, and Cybin continues to impress with their development work.

Here’s a look at their development programs and see below for the full press release.

TORONTO–(BUSINESS WIRE)–Cybin Inc. (NEO:CYBN) (NYSE American:CYBN) (“Cybin” or the “Company”), a biopharmaceutical company focused on progressing “Psychedelics to TherapeuticsTM”, today announced that the U.S. Patent and Trademark Office (“USPTO”) has granted U.S. patent 11,242,318 to the Company’s investigational deuterated dimethyltryptamine (“DMT”) compound CYB004. The allowed claims include a range of deuterated forms of DMT and 5-MeO-DMT. The patent, which is expected to expire in 2041 before consideration of any patent term extensions, covers composition of matter and protects the CYB004 drug substance as a putative new chemical entity.

“From the outset, Cybin has focused on creating differentiated compounds that harness the potential efficacy of classical psychedelics, while addressing the known limitations necessary for these molecules to become approvable therapeutics. We are extremely pleased to receive a composition of matter patent for CYB004, adding strong protection for our growing intellectual property portfolio of psychedelic-based compounds, supporting and protecting the investments that we are making in our CYB004 program” said Doug Drysdale, Chief Executive Officer of Cybin. “This patent is both rewarding and timely as we prepare to initiate a pilot study for CYB004 in the third quarter of 2022 and work tirelessly to develop an important and alternative treatment option for the millions of people suffering from anxiety disorders.”

Cybin is a leading ethical biopharmaceutical company, working with a network of world-class partners and internationally recognized scientists, on a mission to create safe and effective therapeutics for patients to address a multitude of mental health issues. Headquartered in Canada and founded in 2019, Cybin is operational in Canada, the United States, United Kingdom and Ireland. The Company is focused on progressing Psychedelics to Therapeutics by engineering proprietary drug discovery platforms, innovative drug delivery systems, novel formulation approaches and treatment regimens for mental health disorders. Patent filings described herein are held by Cybin IRL Limited, a wholly owned subsidiary of Cybin.