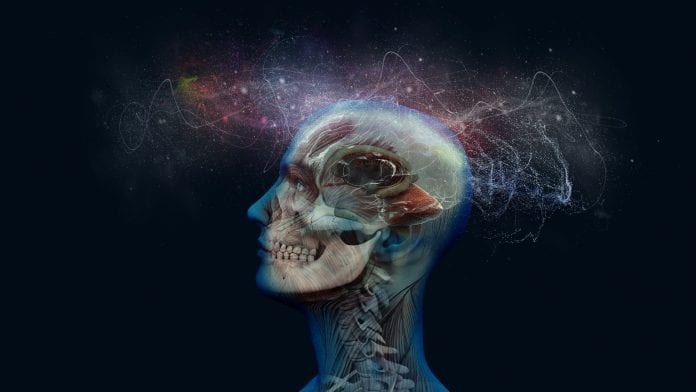 In addition to being found naturally in animal tissues, including the human brain, N,N-dimethyltryptamine (DMT) is the primary hallucinogenic compound found in the psychedelic brew known as ayahuasca. Used for both ritual and medicinal purposes in traditional South American cultures, it has garnered much attention lately for its therapeutic roles vis-à-vis depression and anxiety. Despite being naturally-occurring and benefiting from a centuries’ long tradition in diverse cultures, its effects on the brain are still poorly understood. Recently, however, it has been shown to play an important role in both in vitro and in vivo neurogenesis mouse populations, with some interesting associated behavioral outcomes. The study, out of Madrid, was published in Translational Psychiatry. Neurogenesis refers to the process of creating new neurons in the brain, which occurs primarily in the subventricular zone (the area separating brain tissue from the cerebrospinal fluid-filled lateral ventricles) and the hippocampus. Neurogenesis is highly complex and not well understood, which makes the findings of the present study all the more interesting. The authors looked at the effects of DMT on neurogenesis both in vitro (meaning in a laboratory condition, such as a petri dish or test tube) and in vivo, meaning in live animals—in this case, laboratory mice. The results of the study demonstrate widespread activation of a variety of neurogenic mechanisms in the presence of DMT. For example, DMT was found to reduce “stemness” in neurospheres (free-floating neurons in a laboratory culture). Stemness refers to that unique property of stem cells to morph into any cell in the body. In other words, DMT may push undifferentiated neurons to develop into mature forms. This was confirmed again in a second test, where DMT was found to promote differentiation of neurons into three main neural cellular types: neurons, astroglia and oligodendrocytes. This means that DMT is not only involved in straight-forward neurogenesis, but the proliferation of glial cells, which play diverse and essential supporting roles in the brain. Hippocampus-derived neurospheres that were treated with DMT were also found to increase significantly in size and number, meaning that treatment was directly related to the proliferation of new cells. In vivo, DMT was additionally found to facilitate the migration of new neurons, a crucial step to enabling them to fulfil their new roles in the brain. These results all point to an important effect of DMT on neurogenesis, operating at multiple levels and facilitating the proliferation, migration, and differentiation of new neurons. Mice treated with DMT also performed better in memory tests, which seems to fit with the new production of neurons in the hippocampus (widely recognized as the seat of learning and memory in animal brains). “This capacity to modulate brain plasticity suggests that it has great therapeutic potential for a wide range of psychiatric and neurological disorders, including neurodegenerative diseases,” explained José Ángel Morales, a researcher in the UCM and CIBERNED Department of Cellular Biology. Beyond pure scientific interest, understanding neurogenesis and, eventually, even being able to actively promote it, has a variety of therapeutic implications. Many neurodegenerative diseases like Parkinson’s and Alzheimer’s disease have been linked to impairments in neurogenesis, for example, while the ability to induce neurogenesis at will could eventually be used to repair damage from lesions and strokes. “The challenge is to activate our dormant capacity to form neurons and thus replace the neurons that die as a result of the disease. This study shows that DMT is capable of activating neural stem cells and forming new neurons,” Morales said. Such remedies are still a long way off, but studies like the present lay the groundwork and are essential to our understanding of the brain. The study, “N,N-dimethyltryptamine compound found in the hallucinogenic tea ayahuasca, regulates adult neurogenesis in vitro and in vivo“, was authored by Jose A. Morales-Garcia, Javier Calleja-Conde, Jose A. Lopez-Moreno, Sandra Alonso-Gil, Marina Sanz-SanCristobal, Jordi Riba, and Ana Perez-Castillo. ayahuasca dmt n-dimethyltryptamine dimethyltryptamine psychiatry psychedelic depression anxiety hallucinogenic