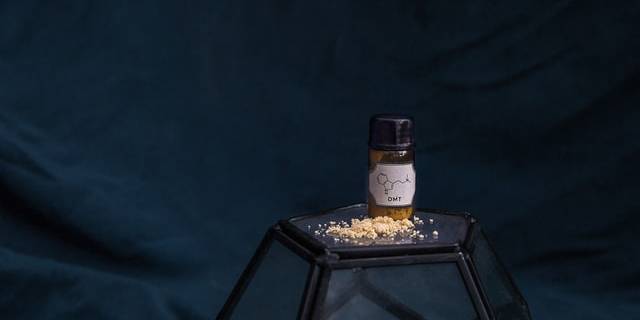 As the therapeutic potential of various psychedelic compounds is coming to light in this modern renaissance, the role of dimethyltryptamine (or DMT) is a peculiar one. In the tryptamine family of hallucinogenic compounds, DMT is perhaps best known for its powerfully intense yet incredibly short (sometimes just minutes) duration of action or “trip”. Indeed, this is one element of the DMT experience several new psychedelics companies working with the compound are trying to capitalize on. This guide will explore the evolving industry landscape as well as take a brief clinical snapshot of DMT therapeutics research. Read: DMT Emerging as Psychedelic Medicine Favorite

Meet the Molecule: What Is N, N-Dimethyltryptamine (DMT)?

As per a 2019 peer-reviewed study, “N, N-dimethyltryptamine (DMT) is an indole alkaloid produced by a number of plants and animals, including humans. Its psychoactive effects were first described in 1956 by Stephen Szára, but have been exploited for centuries by South American indigenous populations in the form of ayahuasca.” Indeed, research has shown DMT to be produced in appreciable, hallucination-producing quantities possibly upon birth and certainly during near-death experiences (NDE’s). South American indigenous populations have also stewarded the DMT-containing brew, ayahuasca, through generations as a plant-based healing agent. Today, research is confirming the therapeutic qualities of DMT in the form of ayahuasca and beyond.

Understanding the Unique Pharmacology & Mechanism of Action of DMT

DMT comes in many forms in the modern-day, including crystallized DMT, which can be vaporized or smoked, and plant-based preparations that are concocted into a psychedelic tea, known as ayahuasca. Ayahuasca has been one of the more interesting and peculiar discoveries of the indigenous people of South America, as the pharmacology of orally consumed DMT that is also psychoactive requires the inclusion of another molecule, known as a monoamine oxidase inhibitor (MAOI). This is because the human body has a mechanism by which it naturally degrades DMT in the gut, thus requiring the use of compounds to inhibit these enzymes that consequently result in experiencing DMT’s psychoactive effects.

Discovering DMT: The Mystery of How Ancient Tribes Discovered Ayahuasca

Indeed, the Amazonian brew, ayahuasca, is primarily a mixture containing the ayahuasca vine (Banisteriopsis caapi), which contains the MAOI, and a DMT containing plant (sometimes Psychotria Viridis). How early humans were able to stumble upon the knowledge to combine these plants (as separately they will have no psychoactive effect) is still a mystery. However, since this point, DMT has continued to play a powerful role in the history of psychedelia and the evolution of human consciousness.

DMT is Incredibly Short-Acting, Which Could Make It Clinically Advantageous Over Psychedelics

While the ayahuasca experience is several hours long, consuming the purified DMT molecule alone, usually by vaporization, results in a powerful trip that generally lasts only several minutes long. Colloquially dubbed the “businessman’s trip” due to one’s ability to imbibe in the DMT experience (given it’s not consumed orally in the form of “ayahuasca” or similar DMT-containing formulations) and return to their normal headspace, all during a 30-minute lunch break, DMT is famous for its high intensity and short duration of action. Indeed, a few notable companies in the psychedelic space are currently trying to capitalize on this particular feature of the DMT experience. While other psychedelics, such as psilocybin and LSD, require several hours to be set aside for the psychedelic experience, DMT is able to produce an equally powerful and mystical experience in just minutes. With the enormous amount of time and resources required by most traditional psychedelic drugs, this particular advantage offered by DMT makes it an alluring compound to work with. A cursory glance at the companies currently in the space developing DMT therapeutics reveals this phenomenon.

One company making bold moves when it comes to DMT therapeutics is Entheon Biomedical. They are currently developing treatment protocols that utilize DMT in hopes of opening up neuroplastic windows in the brain during which time new habits and behaviors can be formed. The inspiration for this novel treatment came to be after Entheon’s CEO, Timothy Ko’s brother fatally overdosed from opioids, succumbing to his addiction like many others today. The Entheon team aims to harness the short-acting nature of DMT and extend the trip out to 1.5-2 hours, still putting it well below the time required for something like psilocybin. To learn more about the unique DMT therapeutics they’re developing, check out the blog below. Read The Entheon Approach: Using the Powerful Hallucinogen DMT for Opioid Addiction

A recent study that was the largest DMT study to date and that relied on subject self-reporting showed that 78% of people reported having had their depression symptoms either very much improved or completely gone. 70% of those with anxiety reported that their symptoms were very much improved or This is a groundbreaking statistic and a testament to the powerfully therapeutic effects of DMT. While these findings are certainly impressive, we can’t confidently say that the total number of people did or did not have relief from their depression/anxiety. This is due to the fact that subjects self-reported outcomes in this study. We keep seeing studies like this that look at large cross-sectional data and that requires one to take the information with a big grain of salt. However, the incredibly vast and rapidly growing body of anecdotal evidence among psychedelic users is worth taking a serious look at and warrants large-scale, well-designed clinical trials with randomized, placebo-controlled arms and adequate blinding to empirically establish their rightful place in the modern pharmacopeia. Due to the nature of scientific bias likely taking place in these results, we can’t confidently say the total number of people that had depression or anxiety before drinking ayahuasca and how much drinking the brew helped their depression or anxiety. We can only know with certainty about the population that self-reported their outcomes, which lends itself to high-response, self-selection biases. Nevertheless, these results certainly encourage further trials that are the clinical gold standard and that can be extrapolated further.

Recent research has uncovered the benefits of intravenous DMT administration in expanding the immersive psychedelic experience brought on by DMT. A study published in Frontiers in Pharmacology stated: “Using pharmacokinetic modeling and DMT blood sampling data, we demonstrate that the unique pharmacological characteristics of DMT, which also include a rapid onset and lack of acute tolerance to its subjective effects, make it amenable to administration by target-controlled intravenous infusion. This is a technology developed to maintain a stable brain concentration of anesthetic drugs during surgery. Simulations of our model demonstrate that this approach will allow research subjects to be induced into a stable and prolonged DMT experience, making it possible to carefully observe its psychological contents, and provide more extensive accounts for subsequent analyses.” The study goes on to state that this type of administration also lends itself to better neuroimaging techniques and processes. As new companies in the space work towards expanding the routes of administration of various psychedelic compounds, it will definitely be interesting to see what new developments arise in the DMT therapeutics space.

Concluding Thoughts & A Look Ahead

The phenomenology of DMT and the profound state of consciousness it produces warrants greater academic and clinical study of this compound and its therapeutic potential. As different companies in the space work towards evolving new therapies containing DMT, the entire realm of psychedelia is taking a step into the future. From its roots in the Amazonian brew, ayahuasca, DMT plays a central role in psychedelic medicine and is projected to play a powerful one in mental health treatments moving forward.
The post DMT Therapeutics: An Industry Overview & Clinical Snapshot of the Evolving Landscape appeared first on Microdose Psychedelic Insights. ayahuasca psilocybin lsd dmt n-dimethyltryptamine dimethyltryptamine psychedelic therapeutics psychoactive depression anxiety hallucinogenic psychedelics entheon biomedical entheon research