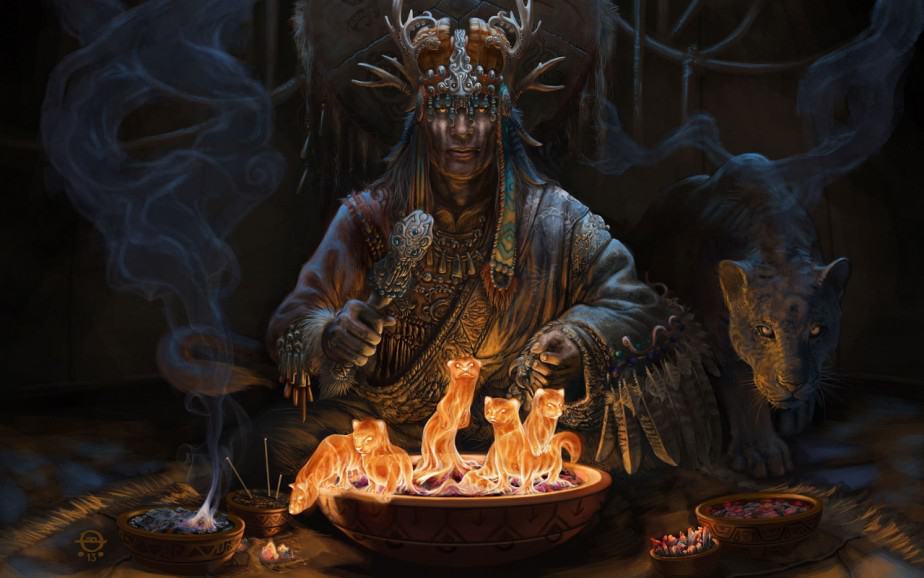 The article Entheogens and Plant Medicine: An Introduction was originally published on Microdose.

The discussion around psychedelics and their use as adjuncts to therapy has been increasingly gaining attention, alongside a growing enthusiasm around “plant medicines” as alternatives to currently accepted treatments. This renaissance comes from growing evidence that psychedelics can help treat mental health issues such as PTSD, depression, end of life distress, OCD, and addiction. Plant medicines have been used for spirituality, healing, and community since time unknown, and we now find ourselves turning back to the plants for healing.

There are many vision-inducing plants found in nature, with many cultures having sought the divine through changes in consciousness, breathing techniques, singing & dancing, and a variety of plant medicines: the Soma of the Hindu Vedas, Huachuma at Chavin de Huantar, Teonanacatl used by the Aztecs, and the amazonian brew Ayahuasca represent a handful of sacred plants. We refer to these plants as entheogens.

A brief history of entheogens

Curiosity about psychoactive plants and the visions or experiences they bring forth was seen as a curiosity during the 1800s. Opium, in the form of laudanum, was well known to the English poets of the late 1700s, and hashish to French writers in the 1800’s. Many plants appear in various herbals and materia medica, listing their “narcotic” effects. Our modern understanding of the biology of entheogenic plants and compounds comes from the academic fields of anthropology and ethnobotany. The emerging market of psychedelic retreats over the past two to three decades has resulted in renewed interest in the experience of plant medicines such as Ayahuasca and Huachuma in their cultural milieu.

The term “entheogen” is preferred for psychoactive compounds such as DMT, psilocybin, and mescaline that profoundly affect our consciousness. The term has been formally defined by Carl Ruck, Jeremy Bigwood, Danny Staples, Jonathan Ott, and Gordon Wasson in their 1979 paper “Entheogens”, published in the Journal of Psychedelic Drugs.

Entheogen means “bringing forth the divine within”, describing the profoundly transformative, spiritual experiences these compounds can elicit. This term is preferred over “psychedelic” as it indicates a shift to the sacramental use of the compound.

The desire to alter one’s consciousness is considered a fundamental desire, after food, sleep, sex, and safety.  It helps to put this in a wider context with reference to how various animals and birds have been observed deliberately becoming “intoxicated”.  It is, therefore, no surprise that entheogens or techniques that change consciousness, are used the world over.

A family of consciousness-altering alternatives

The better-known entheogens are the classic hallucinogens like psilocybin, mescaline, and LSD. Based on their chemical structures, they can be referred to as either tryptamines or phenethylamines. But entheogens are not limited to these groups, there are a variety of other compounds in nature that can create significant entheogenic experiences, notably  cannabinoids, tropanes, muscimol (a GABA receptor agonist), and the salvinorins (Kappa-opioid receptor agonists).

The widespread occurrence of some of these compounds indicates that their biosynthesis is relatively simple; legendary psychedelic chemist Alexander Shulgin can be quoted as saying it is easier to list the plants without DMT than those containing it. The tryptamines, also referred to as indole alkaloids, include some of the more well-known entheogens such as DMT, 5-MeO-DMT. psilocybin, and ibogaine.  Not only present in plants, tryptamines can also be found in different biological kingdoms — plants, animals, and fungi —  as examples, DMT in plants (and possibly humans), 5-MeO-DMT in Toads, and psilocybin in fungi.

We can add a fourth kingdom, through the manipulation of Escherichia coli to produce not only Psilocybin and psilocin, but other “active” compounds from the Psilocybin gene pathway implanted into the bacterial genome.

Tryptamines are derived from the essential amino acid L-tryptophan. The biosynthesis pathway is often elegant, a few steps via enzymatic manipulation of the compounds. For example, psilocybin is synthesized through the following steps: beginning with the decarboxylation of the tryptophan’s carboxyl (COOH) group, then N-methylation resulting in DMT (N,N-dimethyltryptamine), 4-hydroxylation of DMT results in psilocin, and phosphorylation of the hydroxyl group results in psilocybin.  As seen in this example DMT is achieved in essentially two steps, likely the reason why DMT is so common within plants, although in most cases in very low concentrations.

Pharmacologically, tryptamines structurally resemble the neurotransmitter Serotonin (5-hydroxytryptamine), their mode of action is through activating the serotonin 5-HT family of receptors.  The Phenethylamines resemble Dopamine (3,4-dihydroxyphenethylamine) in structure, activating both the 5-HT and the dopamine family of receptors. The structural resemblance to serotonin and dopamine means they fit neatly into the respective receptors and cause a change in consciousness.

Most entheogens are alkaloids, compounds containing nitrogen, produced by plants and fungi as a  result of selective pressures.  Many compounds limit herbivory, plant alkaloids have bitter tastes, or they produce an unpleasant narcotic effect on animals so that they are quickly left alone.  Psilocin has been identified as limiting the predation on developing mushrooms through damage to the digestive tracts of insects and arthropods.  Their effect on humans then are a lucky accident – something many cultures have learnt to turn into impressive pharmacopeias.

A future made from the past

We are currently participating in a period where there has been a dramatic shift. These compounds are now seen in a whole new light. Cannabis, not so long ago demonized, is now a prescription medicine in the forms of THC and CBD. But LSD still carries the stigma of the ’60s; and as a result, the psychedelic renaissance is focused on lesser-known compounds such as Psilocybin and Ibogaine, and synthetic compounds MDMA and Ketamine.

Entheogens represent an exciting intersection between plants, spirituality, and medicine.  They have been fundamental aspects of many indigenous cultures, with some traditions stretching back into prehistory.  Modern research using these entheogenic compounds has been controversial, but the results from recent studies using entheogens suggested a bright future.

With celebrities talking about their experiences at ayahuasca retreats, and mainstream documentaries on the benefits of plant medicines to treat a variety of mental health issues, the future is ripe for two possible cliches: the genie is out of the bottle, or perhaps, the vine is spreading from the jungle.