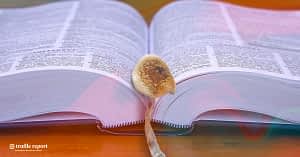 The past few years have seen significant growth in the quantity and popular awareness of psychedelic research. We are constantly reading about new discoveries regarding different substances and how they are able to aid in the treatment of mental health conditions. Psychedelic-assisted therapy is a reality and it is here to stay. When explaining psychedelics, there are some terms which every reader should know that are often mentioned in articles and studies.

While some of these are common amongst psychedelic enthusiasts and easy to comprehend, Truffle Report realizes that demystifying these processes is half the battle, so we’ve compiled this glossary to provide you with a few key definitions.

Another term that often surfaces when reading about psychedelics is empathogen. This is a word that is particularly associated with substances commonly perceived as party drugs, such as MDMA. An empathogen is a psychoactive drug that increases an individual’s sense of connectedness and emotional openness, as well as feelings of empathy towards others. In simple terms, an empathogen is a substance that has prosocial effects.

Empathogens cause dopamine and serotonin to be released in the brain. Serotonin is a neurotransmitter that regulates mood, appetite and sleep. It is also responsible for promoting relaxation.

An entheogen is a psychoactive substance that induces or facilitates a spiritual experience. For thousands of years, entheogens have been used by many cultures whether by shamans or as part of religious or spiritual practices. Entheogens have traditionally been obtained mostly from plant sources, but many synthetic compounds with similar characteristics now exist thanks to advances in organic chemistry.

In a broader sense, the term entheogen refers exclusively to substances that are utilized for religious or spiritual purposes, whether or not they are consumed in a formal religious or traditional setting. This terminology is frequently used in explaining psychedelics around which various decriminalization movements have arisen. The word itself derives from the Greek “generating the divine within.”

Greek kykeon, African iboga, and Vedic Soma are examples of entheogens from ancient sources. Mescaline, DMT, LSD, psilocin, ibogaine, and salvinorin A are some of the substances also considered to be entheogens, whether in pure form or as plant-derived drugs.

When reading about or explaining psychedelic-assisted therapy, it is common to come across the term 5-HT2A receptor. We often read or hear about how certain substances are so effective in treating mental illnesses such as depression because they target these receptors in the brain. In very simple terms, the 5-HT2A receptors are one of several types of receptors in the brain that respond to serotonin. Psychedelic compounds bind to this receptor as well, triggering a series of actions that result in psychedelic experiences.

This receptor is known to have a key role when treating conditions such as depression. It is also known to play an important part in cognitive function and memory, though its mechanism of action isn’t fully understood yet. When it comes to psychedelic substances, LSD is known to bind efficiently to the 5-HT2A receptor due to its unique chemical structure.

Microdosing is perhaps one of the most common terms surrounding psychedelics and other substances such as cannabis. It is easy to understand that to microdose means to take very small doses of a particular substance, but what does the term really mean in the psychedelic context?

Microdosing is the practice of ingesting a very small dose of a psychedelic, commonly LSD or psilocybin, every few days, generally as a mental health or performance aid. In theory, these small doses won’t trigger hallucinations or any other effect associated with recreational psychedelic use. A full dose of any psychedelic would more than likely cause anyone to trip and disrupt their normal routine at work. A microdose, on the other hand, is said to provide a wide range of effects, including increased attention, creativity, and productivity. Microdosing is also thought to improve overall well-being by lowering stress and anxiety and enhancing sleep habits.

When it comes to explaining psychedelic drug experiences, set and setting are crucial, and relate to the user’s mindset (shortened to “set”) as well as the physical and social context (the “setting”) in which the experience takes place. This is especially relevant when it comes to psychedelic experiences, whether they be therapeutic or recreational.

The mental state a person brings to the psychedelic experience, such as thoughts, mood, and expectations, is referred to as “set.” The physical and social environment is referred to as “setting.” The importance of social support networks in the outcome of psychedelic experiences has been demonstrated as they are able to consciously and subconsciously control or guide the path of the experience. An unpleasant experience or bad trip might be caused by stress, fear, or an uncomfortable setting while a relaxed user in a safe and comfortable setting is more likely to have a positive experience. This is why set and setting are an important part of the psychedelic experience. Most clinical trials involving psychedelic substances take place in spa-like facilities with relaxing music playing in the background to guarantee a positive setting.