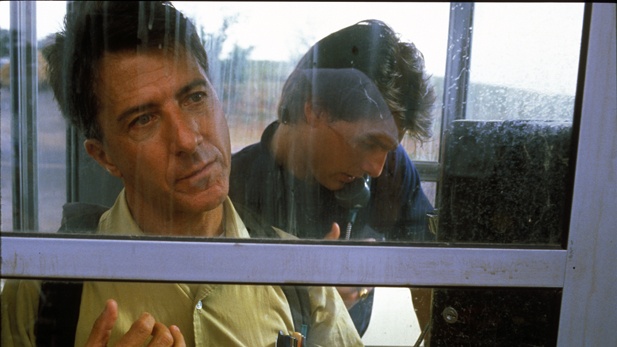 Autism spectrum disorder is perplexing and can affect a person for a lifetime. According to the Centers for Disease Control and Prevention, about 1% of the population suffers from ASD. That is approximately 75,000,000 people all over the world, and there is no known cure. Although there is a lot of controversy surrounding the idea of using psychedelic substances as a form of treatment for some disorders, psychedelics can have promising effects on the brains of individuals with ASD.

Autism Spectrum Disorder is a developmental disorder that affects how a person socializes, communicates and interacts with others. Some people with ASD can also have repetitive or limited patterns in the way they act. Therefore, not all people who suffer from this disorder will have the same severity of symptoms.

People that have autism do not always have physical traits that are different from people without ASD. The notable differences are in their speech, behavior, communication and the way they learn. After a lot of research, there is still no concrete answer about what causes these differences in people with autism. People with ASD can either be diagnosed as exceptionally gifted, significantly challenged or somewhere in between.

There used to be several different disorders that were diagnosed separately, such as Asperger syndrome, autistic disorder and pervasive developmental disorder. Now, these conditions all fall under the same term autism spectrum disorder. However, an individual’s severity of symptoms depends on where they will fall on the spectrum.

Children as little as eighteen months old can start to show symptoms of autism, and some can be even younger. Others won’t show any signs until they are around twenty-four months old. Either way, a proper diagnosis is required to get the help they need, which is usually around age three. With therapy and a lot of work, many symptoms can become better and easier to handle, although this condition will last a lifetime.

Research on Psychedelics and Autism

Autism is a lifelong battle, and there is no known cure. However, there is hope for people with ASD since there has now been a resurgence of research, and it shows potential benefits linked to treating autism with psychedelics. Studies conducted in the 1960s and 1970s on children ages six to ten showed that LSD could even help them. These children had more acute symptoms and could not be treated with conventional medications.

The children’s ages in the study and the organization of the experiments brought up ethical questions. Therefore researchers could not make a set conclusion about the psychedelic benefits to children with ASD. Despite the controversy, though, when the researchers treated the children with LSD, their moods, emotional responsiveness, and speech all improved.

Autistic individuals are known to have difficulties with social interactions and experiences.

The psychoactive drug MDMA (3,4-methylenedioxymethamphetamine), also known as ecstasy, has been found to help individuals develop better connections with others. People that have used MDMA can open up about the way they feel and become more sociable. In addition, MDMA may improve the social obstacles that people with ASD encounter.

It is unlikely that a person who uses MDMA will experience anxiety, fear, or other negative emotions. However, not impossible either. In most cases, MDMA can make individuals feel more empathetic and act or feel more loving towards other people by releasing norepinephrine, dopamine, oxytocin and serotonin. A small study with only twelve participants took MDMA or a placebo for a two-day session. This MDMA-assisted psychotherapy pilot study revealed substantial progress for autistic adults that suffer from social anxiety.

Another psychedelic that is being studied in association with helping individuals with ASD is psilocybin. It is one of the compounds responsible for causing hallucinogenic effects and is also known as magic mushrooms. Psilocybin is made up of many different mushroom species. It can promote prosocial behavior in people with ASD. Recent research points to the possibility of treating and reducing neuropsychiatric disorders with psychedelics.

Although magic mushrooms are not approved to treat conditions like ASD, many autistic adults are already experimenting with them. Some individuals have reported a significant change in their connections to other people when they consume magic mushrooms. Autism severely affects the ability to develop relationships, and these psychedelics are making a breakthrough for therapeutic purposes.

There is more scientific evidence that supports the idea of treating ASD with psychedelics.

The brain has an area called Default Mode Network (DMN), and for people with autism spectrum disorder, this area works differently than for those without ASD. The DMN is responsible for the way people focus and pay attention. Psychedelics can cause a disruption in the DMN which would help people to change recurring and detrimental thoughts. For this reason, psychedelics can help autistic people break out of a state of mind that can get hooked on things that are not important or helpful.

It is difficult for many autistic people to understand emotions. Body language can seem cryptic to them, and they do not acknowledge sarcasm the way typical people do. Therefore with the renewed interest in psychedelic use for ASD individuals, there is now hope that these substances can be recognized as a treatment for a better way of life.

The therapy and medication available today are not very effective in treating social issues in patients with ASD. But, so far, there have been positive reports of the ease people feel when using psychedelics and connecting with others. Alicia Danforth is a scientist who performed a survey on hundreds of autistic adults that had used psychedelics. The ones who consumed MDMA all reported that their social anxiety had improved.

In the survey, one user described having social problems throughout life and living in a bubble or shell because of those issues. That user recounted constantly feeling isolated until psychedelics entered the picture. Then the user reported that life changed and all of those social barriers were broken. Finally, that participant detailed how different their ability to understand other people was afterward.

Psychedelics such as MDMA, psilocybin and LSD are closer now than ever to be FDA-approved to treat individuals with various disorders. Many researchers are now trying to figure out ways that psychedelics can help people with an autism spectrum disorder. The little available research shows promising results that can offer relief in social settings for adults with ASD. If you have been diagnosed with ASD and have experimented with psychedelics, we would like to hear your experiences.