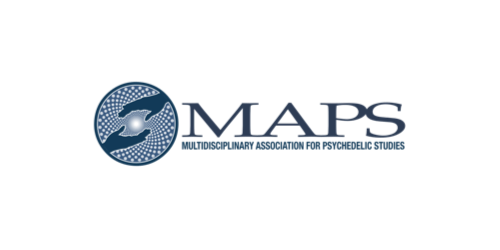 The world’s first-ever phase 3 clinical trial investigating MDMA-assisted psychotherapy for PTSD patients, spearheaded by MAPS (the Multidisciplinary Association of Psychedelic Studies), has produced promising results. The data has demonstrated safety and efficacy in the conjunctive use of MDMA and psychotherapy in PTSD treatment in the largest, most robust clinical trial of its kind to date. A heartfelt congratulations to everyone at MAPS, as well as the countless individuals, including some seriously well-known celebrities and social icons, that supported them, all of whom helped make this major milestone for psychedelic medicine a reality today.

MDMA, which is the primary component of the popular club drug “ecstasy” or “Molly”, is beginning to show incredible promise in recent studies in the treatment of difficult to manage conditions, like PTSD. Currently, no pharmaceutical treatments have been approved for PTSD, and the drugs that are used (such as benzodiazepines, which are highly addictive, habit-forming anxiolytics, traditional antidepressants, such as SSRI’s, and antipsychotics) work effectively for only a portion of the population and come with their side effect profiles, risks (such as of dependency), and the likely possibility that the available treatments do not genuinely help the patient address the root cause of their suffering. Instead, the current paradigm primarily revolves around pharmaceutical symptom management, and thus, daily dosing to essentially maintain a “chemical bandaid”. Psychedelics like MDMA are showing remarkable efficacy and safety in dramatically improving symptoms if not seemingly outright curing the mental illness after just a few sessions.

This new research by MAPS further establishes safety and efficacy in PTSD patients when treated by a robust combination of MDMA and talk therapy. A cursory look at their findings quickly suggests the gravity of these findings is hugely significant. After treatment with MDMA and therapy, over two-thirds of patients no longer met the criteria for having PTSD. Furthermore, an even higher percentage claimed an overall improvement in their quality of life and PTSD symptom reduction.

Psychedelic Medicine is the Long-Overdue, Big Breakthrough Neuropsychiatry Has Been Waiting For

Despite the severity of PTSD as a mental illness, no medications have ever been approved specifically for its treatment. However, that is about to change rather quickly as MDMA and psilocybin are both being fast-tracked through clinical trials and are expected to become accessible therapies for the world at large in just the next few years, with MDMA expected to become publicly accessible first, possibly as early as 2023, with psilocybin following closely behind. While the primary focus has been on using MDMA to treat PTSD in combat veterans, the scope of future trials intends to go far beyond that to include things like treatment-resistant depression, general anxiety disorder, and drug and alcohol addiction, commonly known today as substance use disorder.

Dr. Rick Doblin, a Ph.D. and perhaps one of the best-known thought leaders in psychedelics today, offered us this insightful quote about these recent developments regarding the progress MDMA is making it through the long, arduous, and expensive regulatory pipeline:

Indeed, Doblin’s optimism is anything but unfounded, like psilocybin, the active ingredient in magic mushrooms is also being fast-tracked through the FDA’s regulatory process thanks to its “breakthrough therapy” designation as well. It certainly seems that this time, these compounds are here to stay and through the proper establishment of safety and efficacy, can offer us a whole lot of hope and ease an ocean of human suffering moving forward.

MDMA & Psilocybin Are Already on the Fast Track to FDA Approval

The coveted “breakthrough therapy” designation given to both MDMA and psilocybin by the FDA allows for expedited drug trials for remarkably promising compounds with the promise to treat a vastly underserved population—such as those with PTSD, particularly, in combat veterans. so it can get into the hands of those that need it most. Fortunately, the traditional psychedelic compounds are, by and large, demonstrating incredible efficacy and safety—both fundamental features of successful new therapeutics.

It’s the combination of MDMA and Psychotherapy That’s Working So Well, Not the Drug Alone

One important point that Doblin has repeatedly stated and that was spotlighted in this recent New York Times article, is that taking MDMA in isolation and without therapy “does not automatically produce a beneficial effect”. However, when MDMA sessions are combined with proper talk therapy, Doblin discusses the powerful potential for healing that can take place and is reproducibly occurring in trial participants throughout the progressing phases of MAPS clinical research into MDMA. Indeed, the addition of psychotherapy into the psychedelic medicine model is huge, especially due to the various mechanisms of neuroplasticity induced by many psychedelic drugs, including MDMA.

Like the other traditional serotonergic psychedelics, such as psilocybin and LSD, MDMA has been found to open up a window of increased neuroplasticity or “malleability” in the brain—a powerfully therapeutic state of mind where new thought patterns and behaviors can be more easily encoded into one’s daily life. Concerning MDMA specifically, a teenage “critical period” is induced in the mouse brain—a state that generally requires a certain level of neuroplasticity originally thought to disappear for good during adulthood–when exposed to MDMA. Luckily, MDMA is not only able to recreate this “critical period”, but it is thought to be directly responsible for its therapeutic effects. MDMA allows for something called “social reward learning” where individuals feel good to be part of a group. It is in adulthood when this critical period closes, it is perhaps so difficult for them to connect closely with their therapists and, thus, why MDMA may be so beneficial.

The modern psychedelic renaissance has brought with it countless opportunities for everybody, from individual investors to clinicians, policymakers, and, perhaps most importantly, the myriad of people suffering from conditions that are considered “treatment-resistant” today. This new generation of psychedelic drugs is poised to upend our current healthcare paradigms and usher in a new era of holistic healing and curative treatments for the world at large. Microdose would like to thank the incredibly talented, driven, and passionate team at MAPS for fighting the good fight and helping bring these necessary, life-saving medicines back into the modern pharmacopeia. The work MAPS has done to bring MDMA into the forefront of this revolution in order to medicalize and expand access to psychedelics has set a powerful precedent, not just for the entire psychedelic industry, but the world at large.