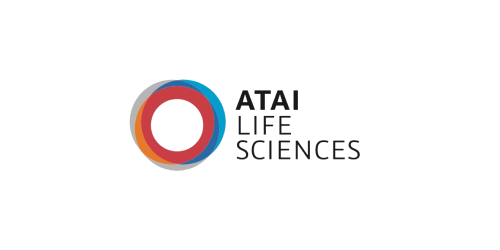 It was big news in a week of big news. The industry had been waiting for ATAI to go public and when they finally announced their filing with the SEC for a listing on the Nasdaq, a buzz reverberated throughout the industry,

The announcement meant not only new investment opportunities for psychedelic investors but was also a shot in the arm for a fledgling industry looking to gain legitimacy. A major player was entering the field and would undoubtedly change the landscape.

But for the moment let’s zoom from the wider industry view and look at the individual companies who now find themselves sharing the space with ATAI. How will the addition of such a potential powerhouse affect other major players like MindMed?

But first, who is ATAI Life Sciences?

While many industry followers may have heard of them, some might not know why ATAI’s listing to the Nasdaq was such a big deal.

They call themselves a “drug development platform” and “biotechnology company pioneering mental health innovation”, but what they really are is a very well-constructed company with an experienced team, big-name backers, and a ton of money in the bank ($362.3 million raised from private investors with another $100 million coming from their IPO).

Yet what’s perhaps most important for future competitors like MindMed is the diversity of their product pipeline, discussed below. For a more in-depth look at the company, read our ATAI company summary here.

While Compass Pathways had, until recently, the industry’s largest market cap, MindMed was considered by many as the overall psychedelic champion. That is until ATAI announced their listing. Suddenly there was a company that could match MindMed’s biggest strength – its product portfolio.

There are currently 14 different companies under the ATAI umbrella, with compounds ranging from psilocybin, to DMT, to MDMA. It’s part of their company philosophy to use ATAI as a hub to acquire and develop a wide range of products. And it’s this versatile product portfolio that could give MindMed its biggest competition.

MindMed had been the only player with a truly diverse product portfolio, with Phase 2 trials running for ibogaine and LSD, and other trials in development for MDMA and DMT and others. But now ATAI might be jumping in to directly compete with MindMed for certain markets.

ATAI subsidiary DemeRx has two ibogaine derivatives in early trials for opioid use disorder, a potential competitor for MindMed’s 18-MC ibogaine program to treat substance use disorders; while ATAI’s Viridia Life Sciences is developing DMT for a variety of conditions, and EmpathBio is studying MDMA – two substances that MindMed is also developing.

While MindMed is still in a great position with 3 major commercial trials underway, and 17 more in collaboration with Mindshift and the University Hospital Basel, it seems that there’s finally some real competition for the title of the industry’s most dynamic company. But is this necessarily a bad thing?

MindMed’s investor deck estimates that the combined current market value for drugs treating depression, addiction, anxiety, and ADHD to be over $30 billion per year, with expectations for this number to continue growing (unfortunately for the increasing number of sufferers). This means that there is likely enough market to be shared, even if more than one company develops a potential drug for the same condition.

Perhaps more importantly, increased competition from major players means increased visibility and legitimacy on Wall Street; which means more investor interest, which translates into more available capital to all psychedelic players. And this mix of increased mainstream acceptance and access to capital will help firms like MindMed compete with Big Pharma and establish psychedelics as a viable therapeutic alternative. So there’s a good chance that the positive spillover effect will be bigger than any potential market share lost.

While competition in your space might seem like a worrisome prospect, the fact is that MindMed and other players are trying to change the status quo and disrupt a multi-billion dollar industry guarded by some true commercial giants – and in such an endeavor, it’s perhaps best not to be alone.