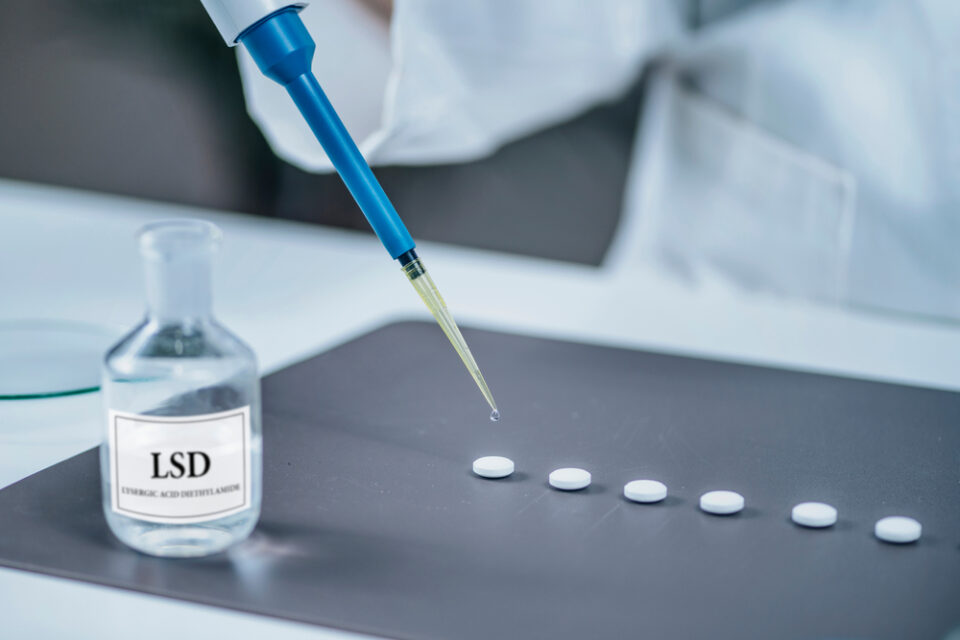 One of the most important benefits of psychedelics research and development is how it has employed the newest approaches of medical technology to find out exactly how and what psychedelics do inside the human body.

Most of what psychedelic compounds research is about today are how psychedelics target the human serotonin 2A receptor used to treat neuropsychiatric diseases in the brain for such conditions as treatment-resistant depression, PTSD, and a host of other mental health conditions.

There’s still a lot to learn, and precision medicine is becoming a trusted guide in discovery and treatment.

Precision medicine is defined as an approach to medical care in which disease prevention, diagnosis, and treatment are tailored to the genes, proteins, and other substances in the human body, according to the National Cancer Institute.

Biomarkers are almost any measurement reflecting an interaction between a biological system and a potential hazard, which may be chemical, physical, or biological, including everything from pulse and blood pressure through basic chemistries to more complex laboratory tests of blood and other tissues.

Precision medicine has been used in pharmaceutical development since it was first investigated beginning in 2011. Researchers suggested a framework for creating an information system of disease that integrates the rapidly expanding range of information on the causes of disease and allows researchers, healthcare providers, and the public to share and update the information.

The idea behind the framework is that, by analyzing connections between information sets (for example between the genome and environmental exposures) scientists would be able to formulate and test disease mechanisms, and clinicians could develop new treatments based on unique features of a disease and tailored to each patient. The availability of more diverse information about each disease would allow insurers and health care providers to more precisely define disease subtypes.

When it comes to psychedelics, there are unique challenges for precision medicine and the ongoing search for how they work in the human brain. Molecular imaging studies with positron emission tomography (PET) or single-photon emission computer tomography (SPECT) are being used to depict the uptake and binding distribution of certain hallucinogenic compounds in the brain. Functional magnetic resonance imaging (fMRI) is helping researchers understand how specific psychedelics such as psilocybin and LSD work in the brain.

Researchers are coming up with improved precision medicine efforts to get a comprehensive understanding of the lasting effects of psychedelic treatment. To do that, they can employ a personalized patient care approach.

One example of a personalized care approach is discussed in a recently published paper offering an evaluation of the synergistic use of virtual reality (VR) and psychedelic-assisted psychotherapy (PAP), providing recommendations on how clinicians and research organizations can best utilize VR integrated into a robust PAP protocol. It outlines contextual VR design specifications.

The research demonstrates that VR can simultaneously allow a further glimpse into psychological and neurological mechanisms that are at play during an altered state.

The authors of the paper suggest that VR can be utilized for its ability to mitigate psychological side effects through enhancing the state of relaxation; encouraging entering the inner world of experience by inducing a mindful presence, and; strengthening resilience around facing challenging experiences.

The partnership allows Empatica’s EmbracePlus wearable device and associated software to identify and measure passive behavioral and physiological signals in the upcoming Phase 2 studies evaluating the use of 5-MeO-DMT (DMT) in combination with psychotherapy in the treatment of treatment-resistant depression (TRD). “The digital enhancement of the psychedelic treatment pathway aims to support patients before, during, and after treatment through the application of novel, predictive biomarkers which will potentially identify early signals of patient response and relapse,” according to a press release.

KetaDASH will use HaluGen’s expanded psychedelics genetic testing panel to test patients. The panel analyzes a series of relevant DNA biomarkers and utilizes pre-screening mental health surveys to provide insights into an individual’s risk and potential of adverse reactions with the use of ketamine.

For example, the gene mutation CYP2B6 can influence the metabolism of ketamine for the 10-20 percent of people that carry a specific CYP2B6 gene variant. And the HTR2A gene mutation, which is carried by approximately 20 percent of the population, can impact how a person responds to serotonin, which is the primary mechanism of action for serotonergic psychedelics such as psilocybin, LSD, and DMT.

For now, advancing precision medicine for psychedelics is all about collecting more data through other research sources following a broader agenda. At the Johns Hopkins’ Center for Psychedelic and Consciousness Research, researchers are focusing on how psychedelics affect behavior, mood, cognition, brain function, and biological markers of health, and say that they hope to create precision medicine treatments tailored to the specific needs of individual patients.

Beyond just psychedelics, utilizing precision medicine for all types of healthcare needs is the goal behind the National Institutes of Health’s (NIH) “All of Us” research program. It’s designed to gather health data from one million or more people living in the United States to accelerate research that may improve health by collecting data on biology, lifestyle and environment to help with any and all drug formulation.

The program is working through 29 institutions and an integrated NIH database of nearly 100,000 genome sequences, survey responses from nearly 330,000 participants, and information from 214,000 electronic health records, alongside physical measurements and wearable device data.

The next digital frontier in precision medicine is quantum computing (QC), according to a McKinsey and Company report. “The molecules (including those that might be used for drugs) are actually quantum systems; that is, systems that are based on quantum physics. QC is expected to be able to predict and simulate the structure, properties, and behavior (or reactivity) of these molecules more effectively than conventional computing can,” according to the report. “Quantum computing could be the key to the exponentially more efficient discovery of pharmaceutical cures and therapeutics as well as to hundreds of billions of dollars in value for the pharma industry.”