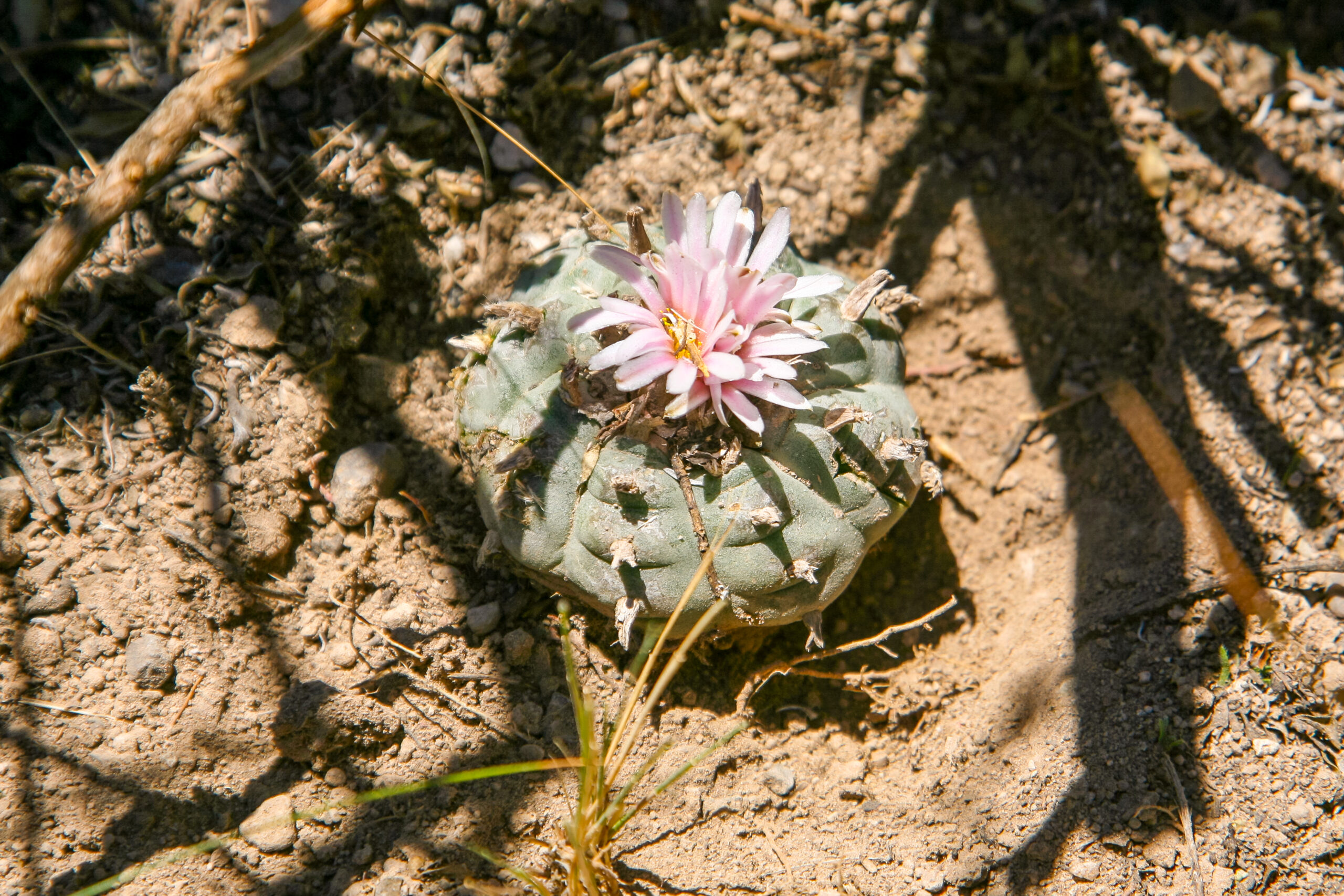 Every April 19, psychonauts around the world celebrate Bicycle Day by dropping acid and, when possible, riding their bicycles in honor of the founder of LSD, Albert Hofmann. For those who aren’t sure what Bicycle Day is, we’ll go over everything you need to know on the discovery of LSD. Setting your intention, acknowledging the gift Hofmann bestowed upon humanity, or simply learning about and understanding the roots of this historic day, are all respectable ways to honor this pinnacle holiday in LSD and psychedelic culture.

The Creation of LSD

From 1927-1971 Albert Hofmann worked as a chemist for the Swiss Pharmaceutical company Sandoz, located in Basel, Switzerland. At the time of his accidental discovery, Hofmann was developing methods for isolating and synthesizing properties found in medicinal plants, or entheogens. His focus was on isolating synthesized properties of ergot, a rye fungus, leading to the creation of a number of lysergic acid compounds. The final compound, that eventually led to the LSD we know and love today, was his 25th compound; hence the name LSD-25.

At the time of his research, Hofmann had no intention of creating a psychoactive substance. “I had planned the synthesis of this compound with the intention of obtaining a circulatory and respiratory stimulant,” he wrote. “The new substance, however, aroused no special interest in our pharmacologists and physicians; testing was therefore discontinued.” The compound was eventually shelved and took five years for Hofmann to revisit his work with lysergic acid in 1943.

What is Bicycle Day?

Bicycle Day is a yearly acknowledgment of the first LSD trip in history, experienced by Hofmann during his historical bicycle ride home from his lab.

On April 19, 1943, Albert Hofmann intentionally ingested 250 micrograms, what he thought to be the smallest dose of LSD-25 he could consume and still feel an effect of the substance. The reason for this self-experimentation began three days earlier on April 16th, while working at the lab Hofmann felt dizzy and went home after accidentally absorbing a small amount of lysergic acid through his fingertips or possibly accidental ingestion. He described his April 16th experience as a “not unpleasant, intoxicated-like condition, characterized by an extremely stimulated imagination.” Hofmann associated this experience with the substance he had been working with, d-lysergic acid diethylamine tartrate (LSD).

Three days later Hofmann’s curiosity got the best of him, leading to the infamous April 19th LSD trip. After dosing himself with 250 micrograms of LSD-25 Hofmann again felt dizzy and asked his lab assistant for a ride home, unfortunately, this was prohibited during the time, due to wartime restrictions, and so they took their bicycles. While riding home Hofmann began feeling the psychoactive effects of the LSD. In his memoir, LSD My Problem Child, Hofmann describes his experience.

“I had great difficulty in speaking clearly and my field of vision fluctuated and swam like an image in a distorted mirror.”

Hofmann went on to self-experiment with LSD many times in hopes of helping others and promoting the emotional and psychological benefits he believed it to have.

The First Uses of LSD

The day after Hofmann’s experience he reported a sense of reinvigoration and a shift in consciousness associated with his psychedelic trip. He reported the substance as a potentially valuable asset to the psychiatric community, specifically in patients diagnosed with schizophrenia and addiction–like ketamine for addiction is today. In the 1950s, Sandoz shared Hofmann’s sentiment and began distributing LSD under the name Delysid, to psychiatrists for research. Delysid was soon acknowledged for its psychiatric benefits in shifting patients from addictive behaviors and negative patterns of thinking linked to the profound mystical effects the patients experienced.

Of course, these mystic effects also caught the attention of the world and the use of LSD spread swiftly throughout many rebels, artists and free thinkers seeking an alternative lifestyle. The widespread use became so popular that New York and California made it a crime to possess by 1966, and by 1968 LSD became federally illegal.

Why Did Hofmann Refer to LSD as His Problem Child?

In 1979 Hofmann published his autobiography; LSD My Problem Child. The translated book was later republished in 2009 with updated content. So, why did Hofmann refer to LSD as his problem child?

Hofmann confidently believed in the power of LSD and the ability the substance held to change the world for the better. As he has said, LSD is a tool, and when put in the wrong hands a tool can cause as much harm as good. In the 1950s the substance was researched by the government and tested on knowing and unknowing individuals in a search for the ultimate truth serum and a possible psychologic weapon against the enemy. When news of this research was made public, the government eventually shut down the operation, but it goes without saying that it was not being used in a morally conscious manner.

Before long, LSD hit the mainstream at a remarkable rate, taken by those seeking truth and betterment, but at times also just looking for a good high. Hofmann had mentioned his desire for LSD to be solely used with the intention of self-reflection and improvement of oneself.

“I believe that if people would learn to use LSD’s vision-inducing capability more wisely, under suitable conditions, in medical practice and in conjunction with meditation, then in the future this problem child could become a wonder child.”

By the 1960s, LSD was being manufactured by underground chemists and distributed across the world. One group responsible for up to 50% of LSD being manufactured in the mid-1960s to early-1970s was the Brotherhood of Eternal Love. A Laguna Beach-based group that started more or less as a group of missionary’s spreading the word of connection and love through psychedelic mind expansion. Eventually, the group evolved into what was dubbed the Hippie Mafia due to their elusive, massive cash earnings and what seemed at the time to be an endless production of LSD.

Albert Hofmann had expressed time and again his reservation with the overuse of LSD in the 60s. As mentioned in interviews, Hofmann felt that Timothy Leary, a close associate to the Brotherhood, The Merry Pranksters, and other such counter-culture groups created a taboo culture around LSD through the idea of using the substance as an escape as opposed to an intentionally internal reflection.

What Was Hofmann Trying to Make?

Hofmann had no intention of creating a psychoactive substance. His focus was on finding medicine to stimulate the nervous system to medically treat headaches and respiratory issues. Ergot was the focus of Hofmann’s studies due to its longtime use by midwives for treating postpartum hemorrhaging due to its effect on circulation.

Upon his discovery of Delysid (LSD-25) Hofmann continued to help in the manufacturing of a wide range of pharmaceutical drugs originating from ergot. Methergine (used to stop bleeding after birth) and Hydergine (used to stimulate and improve circulation) are two of the more well-known of his creations.

In addition to learning how LSD is made, Hofmann also became the first chemist to synthesize psilocybin (the active ingredient in psychedelic mushrooms), making his contribution to the psychedelic community is invaluable.

How Can You Celebrate Bicycle Day?

Although Bicycle Day is a celebration of LSD, the reason for celebration has several layers and can be honored in numerous ways. We are celebrating the gift of psychedelics and the benefits humanity has gained from the discovery and proper use of such a powerful substance.

Bicycle day is a holiday to reflect and recognize the incredible potential psychedelics have in improving humankind. Expanding the mind has proven time and again to possess innumerable healing powers. As Hofmann has said, “It is just a tool to turn us into what we are supposed to be.”

Do you celebrate Bicycle Day in any special kind of way? If so, let us know how in the comments below.

Disclaimer: LSD is potentially categorized as an illegal drug. Reality Sandwich is not encouraging the use of this drug where prohibited. However, we believe that providing information is imperative for the safety of those who choose to explore such substances. This guide is intended to give educational content and should in no way be viewed as medical recommendations.