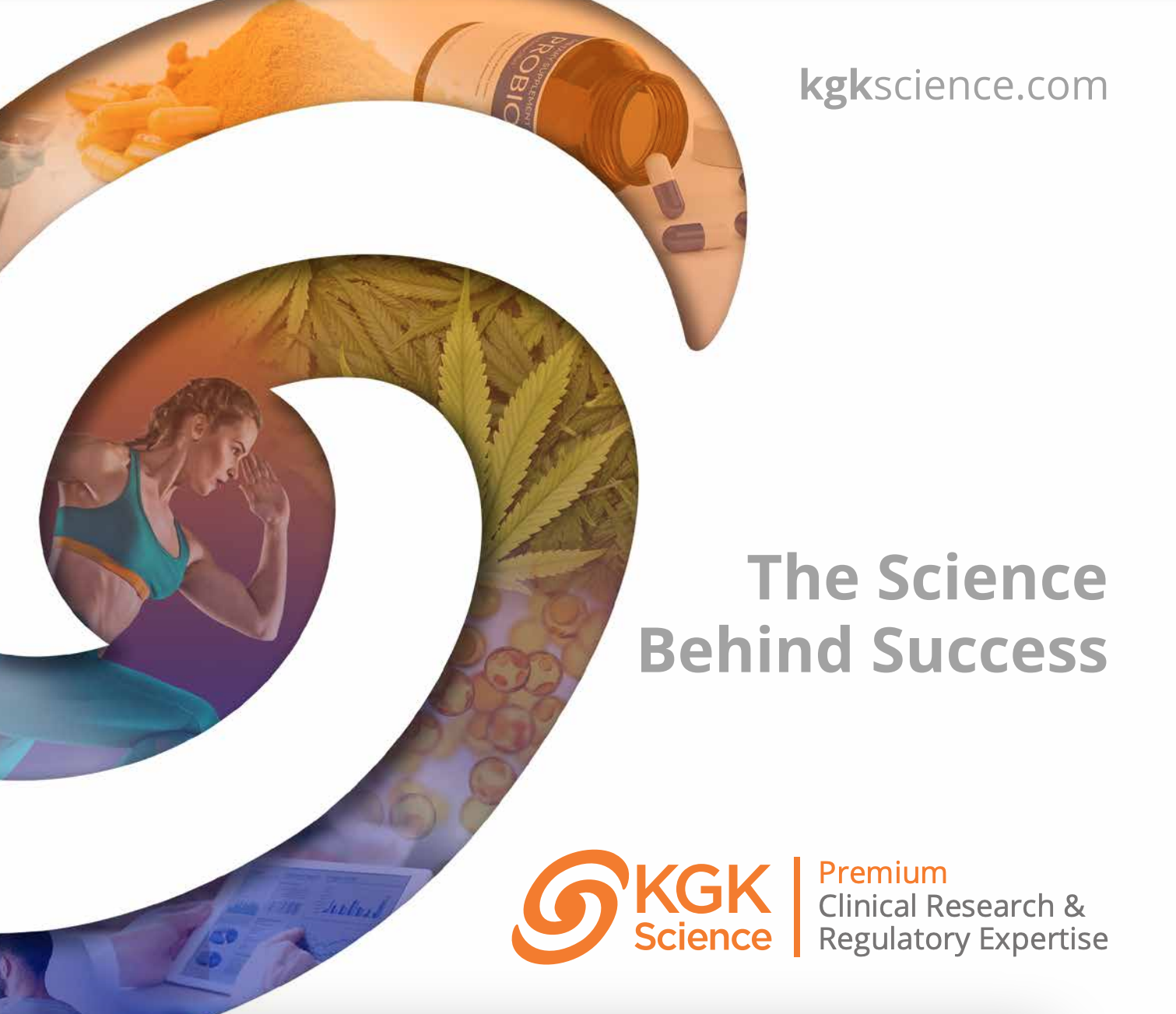 Health Canada recently announced changes to the Special Access Program (SAP) in which the regulations governing which types of drugs are permitted to be distributed through the program and made available to physicians to treat patients, or for research and clinical trials, have been changed to allow requests to access “restricted drugs”.  These drugs include psychedelics such as psilocybin, LSD, and MDMA.  Psychedelics have undergone a resurgence of research in recent years and they hold promise as a medicine for the treatment of several mental health conditions including PTSD and Major Depression.

There is a strong growing interest in the use of psychedelics in the treatment of mental disorders from anxiety to PTSD, but comprehensive research is needed. This is where London, Ontario-based KGK Science comes into the picture. The company, led by President & CEO Najla Guthrie, is a leading contract research organization specializing in advancing wellness through clinical research and a trusted advisor to the evolving psychedelic industry. KGK has operated in London for over 24 years and Najla brings deep expertise and a proven record in bringing health and wellness products, backed by data, to the global health and nutrition market.

In response to the recent announcement about the Special Access Program as posted on the Canada Gazette on January 5, 2022,   Ms. Guthrie, has expressed concern that the “These amendments are a positive signal that Health Canada is open to endorsing these potentially revolutionary treatments; however, further clinical research is required”.  Ms. Guthrie, an expert on clinical research, refers to a statement issued by Health Canada as part of the announcement of the regulation changes,  “while clinical trials remain the best mechanism to authorize the sale of restricted drugs (or any other unapproved drug) for the treatment of patients, there may be situations where a patient is unable to participate in a trial”.  Health Canada has further indicated that the rollback of these regulations was driven by the positive and growing body of evidence supporting the effectiveness of psychedelic-assisted psychotherapy in treating mental health conditions.

Psychedelic drugs, specifically LSD and psilocybin, were intensely studied in the 1950’s and 1960’s as treatments for addiction and other mental health conditions.  They eventually lost credibility due to their misuse, leading to their ban and the abrupt termination of medicinal research worldwide.  Since the mid-2000’s there has been a revival of interest in the medicinal use of these drugs, which are used as catalysts to improve the outcomes of psychotherapy.  MDMA, the active compound in Ecstasy, and psilocybin, the active compound of what is commonly known as ‘magic mushrooms’, have thus far been studied most intensely. Both drugs have received Breakthrough Therapy status from US FDA in recent years; MDMA-assisted psychotherapy for PTSD is in Phase 3 clinical trials and psilocybin-assisted psychotherapy for Major Depressive Disorder is in Phase 2.  A flurry of research has erupted in recent years with many psychedelic drugs being studied for the treatment of many disorders.

“Companies in the psychedelics industry come to us because we bring a combination of a path to market and gap analysis for their product.  Our in-house regulatory toxicology expertise is second to none. Our expertise includes preclinical toxicity studies which will support regulatory submissions to FDA and Health Canada.” says Ms. Guthrie

Many outside the field of study wonder how these illicit party drugs can act as medicines and the data so far indicates that their effectiveness depends on how they are used.  Pairing the psychedelic with psychotherapy both before and after the psychedelic experience is considered critical.  The clinical data thus far is impressive:

While the frighteningly high COVID numbers dominate the headlines, they are accompanied by the rising reports of the toll on the mental health of Canadians that accompanies the isolation and loss that many are facing.  Pre-COVID, the Canadian Association of Mental Health (CAMH) estimated that the direct economic burden of mental illness in Canada is $51B annually with others estimating a similar impact of depression and anxiety alone.  According to Ms. Guthrie, “While psychedelics are not purported to be a treatment for all mental illnesses, significant results may be realized in the areas of depression, anxiety and substance abuse disorders, should the clinical data trends be confirmed.”  The economic impacts of psychedelic-assisted psychotherapy will remain unknown until proven, but the treatment model thus far appears to provide economic growth relying upon dedicated in-person therapy facilities, employing trained personnel with a focus offering personalized support to replace the widespread first-line pharmaceutical treatments currently employed.  Many regard the psychedelic resurgence as a revolution of the mental health care system that promotes personal support above daily pharmaceutical intervention.

Health Canada, typically conservative in its approach, has recognized the potential of these drugs to have a significant impact on the lives of people burdened with mental health conditions.  Since the summer of 2020, the Minister of Health has issued approximately 50 exemptions permitting the use of psilocybin mushrooms compounds primarily for the purpose of relieving anxiety in patients with terminal cancer prognoses, though the treatment of other mental health conditions has also qualified.

“Mental healthcare is undergoing a reawakening with clinical research data supporting psychedelic drugs as effective catalysts for improving the outcomes of psychotherapy for many conditions such as PTSD, treatment-resistant depression, and substance abuse.  KGK is proud to facilitate this ground-breaking research that also provides patients with early access to treatments where nothing else works” says Ms. Guthrie.  “Canada is a leading nation in psychedelic medicine, and it is good to see our regulators staying up to date with the cutting-edge research and making appropriate adjustments to regulations.  Access through this pathway not only reduces administrative processing times, but it also ensures that the patients have access to a safe, pharmaceutical-quality product”.

Several industry organizations have already put forth proposals for a regulatory framework to govern psilocybin mushrooms, in Canada.  Unlike cannabis, psilocybin mushrooms or any psychedelic drugs are not expected to one day evolve into a medicinal and recreational market.  “Creating a standalone regulatory framework for psilocybin mushrooms in Canada is not required.  We have an appropriate system for regulating drugs in the Food and Drug Act and Regulations.”, says Guthrie, “The MMPR and ACMPR gave Canadian’s access to Cannabis but also led to abuses that aid the black market.  Psychedelics must be regulated strictly for medicinal use under the supervision of trained therapists and physicians.  The key is for Health Canada to be proactive in outlining how psychedelic-assisted psychotherapy will be regulated and provide channels for access so that the decisions aren’t made by the courts.  This amendment to the Special Access Program is a promising first step.”

While some have viewed the recent amendment to the regulations governing the Special Access Program as a legalization measure, others like Ms. Guthrie believe it to simply be an important harbinger of the psychedelic rebirth.  It remains to be seen whether the program will be utilized in the near term, but it does signal Health Canada’s openness to psychedelic medicine and their consideration of safe access to these treatments which hold the potential to revolutionize the mental health care system.  The consensus among experts is that further clinical research is required at this time and that as with all drug development, clinical trials remain the best avenue for patients to obtain early access to promising therapies.