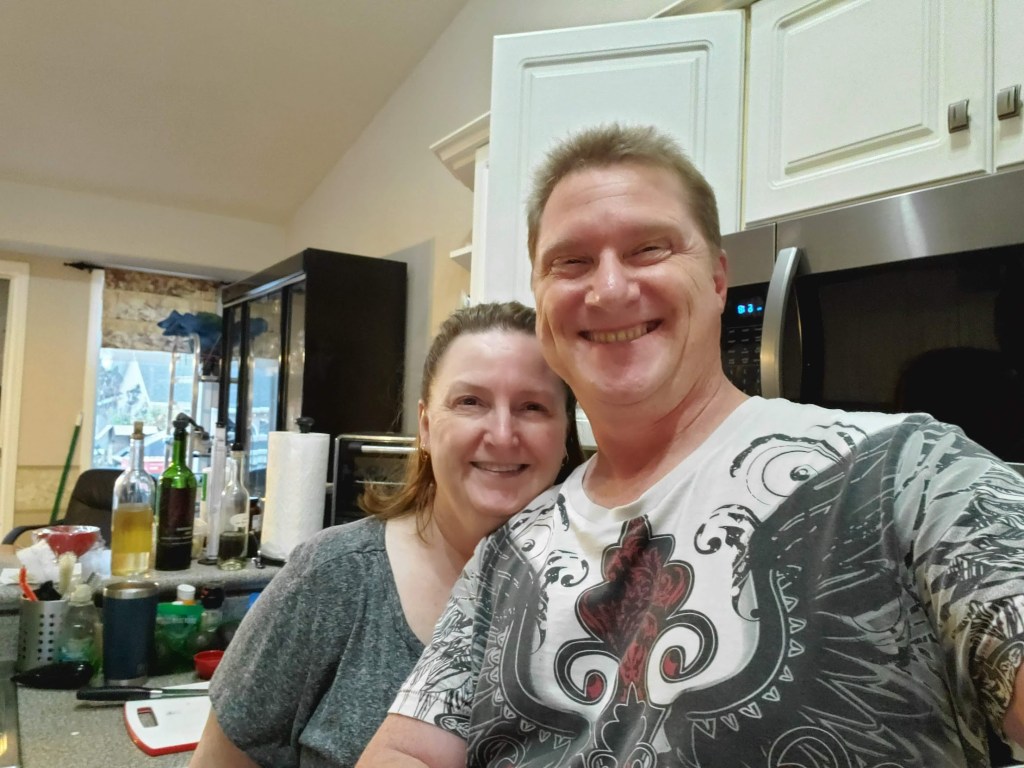 Cancer patient and activist, Thomas Hartle, is the lead plaintiff in a Canadian legal action filed earlier this week to ensure access to medicinal psilocybin. This Canadian Federal Court challenge hinges on a concept familiar to many Americans from the Declaration of Independence, “Life, liberty and the pursuit of happiness.” That phrase is said to have inspired the Canadian national right to “life, liberty and security of person” under that nation’s Charter of Rights and Freedoms.

“Thomas Hartle is super brave,” declared Paul Lewin of Lewin & Sagara LLP, the lead law firm in the challenge. “Many in his position would not be willing to be the face of a court challenge.”

“If nobody changes then nothing changes” Hartle explained of his decision to serve as lead plaintiff.

And, Hartle noted, this is not his first crisis. He has granted Lucid News permission to share his medical history. That history began when he first heard what he said may be the most terrifying phrase in the English language, “It’s cancer.”

For Hartle, a then 48-year-old father of two, husband, and IT expert, he was also told, “Stage IV.” That means most advanced. But after 12 rounds of chemotherapy and numerous surgeries, his doctors declared Hartle cancer free. No further treatment needed.

Positron Emission Tomography (PET) scans every three months, a gold standard in tumor detection, regularly returned “all clear.” Yet despite months of clean reports, a colonoscopy found two previously missed tumors. So Hartle agreed to surgery again. Shockingly, when his surgeon opened him up, 42 more tumors were discovered. Those were 42 tumors the PET scan and the colonoscopy had missed.

When Hartle awoke, he learned that these tumors had not been removed. His doctor said there were just too many. He was also told that because the cancer had metastasized throughout his intestines, death could come unexpectedly at any time.

This urgency inspired him to seek medical treatment for himself, including medicinal psilocybin. It also inspired his decision to lead this week’s legal challenge, he said.

Hartle noted that the legal action takes a holistic approach to questioning the constitutionality of Canada’s Controlled Drugs and Substances Act (CDSA), which prohibits psilocybin, and the legal filing also questions the efficacy of Health Canada exemption programs that grant limited patient access to medicinal psilocybin on a case-by-case basis.

Hartle’s attorney, Lewin, explained to Lucid News, “we are challenging the exemption program; the central problem is that it requires each patient to seek special authorization from Health Canada. The exemptions process itself prohibits reasonable access and this creates a constitutional challenge.

Lewin noted that TheraPsil, a Canadian non-profit that helps Canadian patients access legal, psilocybin-assisted psychotherapy and medical psilocybin is helping to fund the legal costs. “At the end of the day it is all about patient access,” he said.

The question of patient access was not academic for Hartle. On a practical level, Hartle described that he felt betrayed by the diagnostic process, which missed over 40 tumors. On an emotional level, he felt betrayed by his own health, and socially, he felt isolated from his long-term friends. “Most people feel uncomfortable being with you when they know there isn’t much hope,” said Hartle. After diagnosis and social isolation, things got worse. Because that’s when his end-of-life anxiety began.

Some days, Hartle said, the anxiety was so intense that he stayed in a dark, quiet room all day. “Anxiety steals the enjoyment of life,” and also the ability to engage with family, Hartle recounted. None of the traditional anti-anxiety medications alleviated this misery.

Hartle was never unaware that the multiple metastatic tumors in his abdomen could rupture at any moment and result in death. He never forgot that he was existing minute-to-minute. Worse, the precious remaining minutes of this existence were filled with apprehension and dread. None of the tools and medications that Hartle turned to for relief worked, which left him feeling ever more helpless, powerless, and in despair he said.

Then, Hartle read the research about psychedelic-assisted therapy and wondered if it might help him. It did. He approached TheraPsil for assistance, and with its support managed to obtain a rarely-issued Health Canada Section 56 exemption to access medicinal psilocybin.

To date, Hartle has completed four Psychedelic Assisted Psychotherapy sessions. In his first session, which he explained he approached with nervousness, a total of 7 grams of psilocybin mushrooms were given in capsules; 2.5 grams taken at 10:30 a.m., another 2.5 grams after 45 minutes, and the last dose of 2 grams was then provided 45 minutes subsequently. The onset of action took just over an hour, and the psychedelic effects subsided before 6 p.m. that evening.

Medicinal psilocybin, Hartle said, “is the one thing that allows me to actually live my life and be present with my family and fully appreciate all of the experiences that I have left.”

Prior to having experienced psilocybin, Hartle shared that the idea of life after death provided no comfort and was too cerebral. His first psychedelic session changed that. Psilocybin gave him an understanding of what the continuity of consciousness could be. “It felt like a sample of what life would be like after death,” he said. Hartle added that he received a sense of comfort from knowing that a continuity of experience and consciousness could be possible.

Hartle described his new understanding of consciousness as a kind of knowing. “It’s the difference between reading about the taste of chocolate versus actually tasting a piece.”

For Hartle’s second session, he was given a 4 gram dose taken all at once, which had a similar onset profile as the first session, and lasted five hours. Not all psychedelic insights can or should be compared to chocolate. Some insights are challenging. And that stands to reason.

“If there are challenging issues in daily life, they’re going to be there when you experience psychedelics,” Hartle explained. His advice is that “it’s very important to lean into those things. The more open you are to just embracing whatever it is you are experiencing, as opposed to fighting for what you want the experience to be, then you are more likely to have a positive outcome. Just being willing to accept something that is difficult can be very healing.”

For his third session, Hartle received 4.5 grams of a stronger psilocybin mushroom strain and mixed the mushrooms in lemon juice instead of using capsules. The onset for this session was about 30 minutes, and the effects lasted between seven and eight hours. It was noticeably stronger and he noted that when his eyes were open that he experienced more visual hallucinations.

During this psychedelic session, Hartle recalled realizing he needed to give more empathy toward the cancer itself. He explained that by framing his serious health challenges as a “fight” against cancer, that he felt he was fighting against himself. “Instead of keeping this constant state of struggle, it’s better to move past this and instead try to work towards states of healing” said Hartle.

In his most recent session, Hartle received a 25 milligram capsule of synthetic psilocybin. The onset was 15 minutes, and the effects tapered off rapidly after 4 hours. In this session, Hartle came to the realization that part of the cause of his progressive cancer was the way he had previously ignored the stresses in his life.

“Having a traumatic experience that causes us not to live a healthy lifestyle makes us susceptible to cancers,” Hartle said. “I am not the same person that I was when I got cancer. If you want to be somebody who doesn’t have cancer, you can’t continue to be the same person who got it.”

“The overwhelming effectiveness of psilocybin therapy as compared to everything else that I have tried, makes all those other medicines seem like a waste of time,” declared Hartle. “Psilocybin therapy feels like meditation on steroids.”

The element of this week’s legal challenge that resonates on a personal level with its lead plaintiff is the focus on the Health Canada exemption process. Hartle’s own exemption, known as a Section 56 Exemption, allowed him legal access to medicinal psilocybin, but it expired one year ago and has not been renewed despite his repeated requests. Being denied psilocybin, the only medicine which he has found to work to alleviate the anxiety of living with over 40 in-operable metastatic tumors, is “terrible and heartless” said his attorney. Lewin added, “We should have all the compassion in the world for someone in Thomas’s position.” The Canadian government policy on patient access to psilocybin right now “makes no sense at all.”

“Psilocybin is the one thing that allows me to actually live my life and be present with my family,” Hartle stated. “I’ve already waited a year,” he said, pointing out that one year for somebody with a terminal diagnosis is a virtual death sentence. “ How long is the rest of my life?”
Grappling with those big questions is what has inspired Hartle to step forward and lend his name and remaining days to the Charter challenge ”I’m a really, really ordinary person from a small town in Saskatchewan, but I am stepping forward because this action will, one day, help other patients.” He adds that if anyone he loved needed access to this medicine, “I wouldn’t want them to have to go through as much trouble as this just to live without anxiety.”