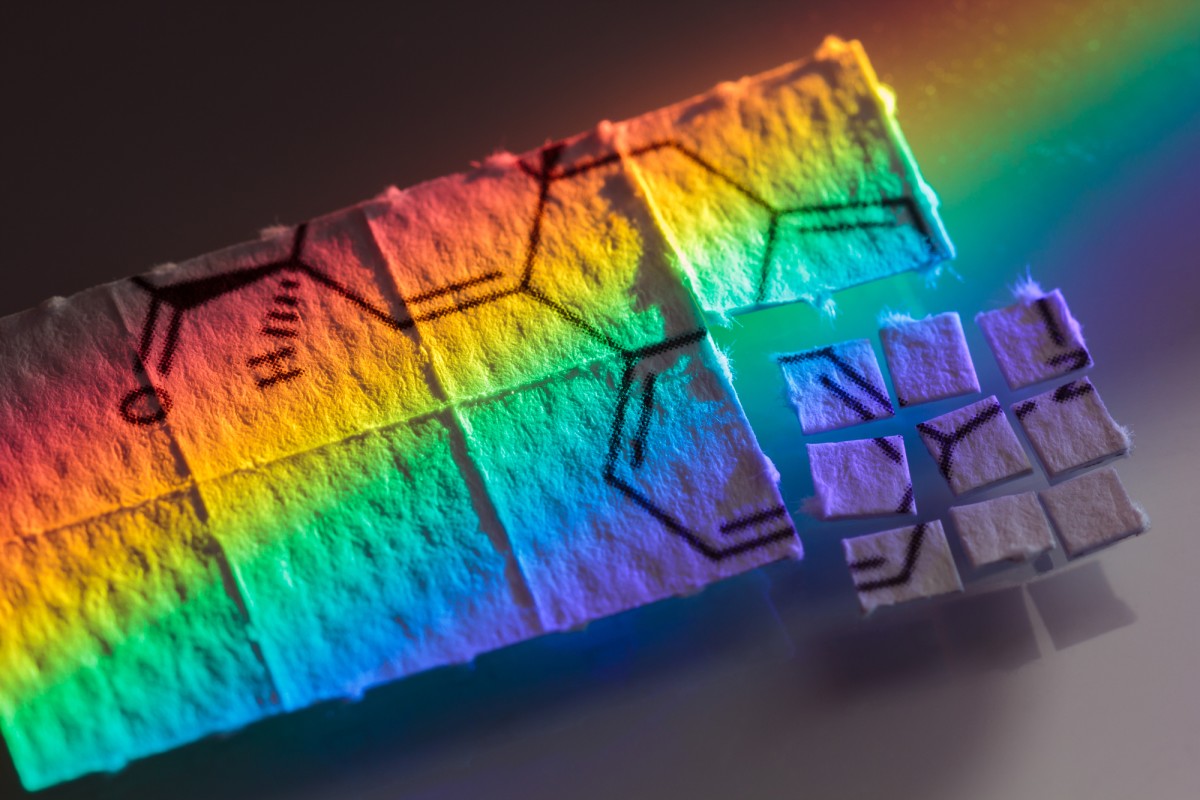 When shopping around for that magical psychedelic substance, there can be many uncertainties when new to buying LSD. You may be wondering how much does LSD cost? In this article, we will discuss what to expect when purchasing LSD on the black market, what forms LSD is sold in, and the standard breakdown of buying LSD in quantity. It is important to note that because there is no real way to identify LSD by taste, smell, or appearance, please be cautious when purchasing Acid. When possible, make it a priority to find a trusted source to avoid being scammed. It is very easy for con artists to sell a sheet of paper or vile of water for a large sum of money. Knowing your source is key in not getting ripped off when purchasing LSD. As most enthusiasts will tell you, there is nothing worse than planning for a night of psychedelic fun only to realize you spent your hard-earned cash on bunk Acid. In it’s raw form LSD is a white orderless crystalline substance that dissolves in water. It is usually broken down with either 100 proof vodka or distilled water and the finished product can come in a handful of forms.

Is LSD Expensive to Make?

LSD can be expensive to make, but the payoff may be well worth the initial investment. LSD was made federally illegal in 1968 when only 10 years earlier it was being produced and sold as a pharmaceutical drug by the Swiss company Sandoz under the name Delysid, given to it by its founder Albert Hofmann. Once made illegal the cost of LSD increased dramatically, partially due to the rapidly growing popularity of the substance and partially due to the high-risk factor combined with the lack of accessibility to the necessary ingredients in the United States. LSD is a widely known substance, but the art of making LSD is far less known. Any chemist can likely make LSD with access to a computer and to the proper ingredients. This is where things can get a bit tricky. The most common way to make Lysergic Acid is with ergometrine or ergotamine tartrate. It is near impossible for an individual not affiliated with a pharmaceutical company to order this substance without raising some serious red flags. This of course affects the cost of LSD. Lysergic Acid is federally classified in Schedule III of the Controlled Substance Act and therefore production must be done in extreme secrecy. Because sourcing ergometrine in the United States is out of the question, most, if not all, producers of LSD acquire the necessary ingredient abroad. The ingredient is likely acquired in Europe, Costa Rica, Mexico, or Africa. Sourcing an ingredient overseas dramatically increases the expense of production as well as the value of the product.

How Much Does LSD Cost

As with any substance, the price point of LSD varies based on a number of factors.  The largest factor is where in the world the LSD is purchased. The United Nations Office on Drugs and Crimes released a report in 2003 noting that LSD price can range from $2.00 to $70.00 depending on where in the world your are purchasing. To simplify things this article will focus on price points in the United States. One dose of LSD can range anywhere from $5.00 to $25.00 depending on who you know, and what form it comes in. Gel tabs and pressed pills tend to sell at a higher price point. The price point can drop significantly when buying quantity, which is commonly measured in sheets for blotter and vials for liquid Acid. Some less common forms of Acid are gel-tabs and pressed pills which tend to sell at a higher price point. While paper Acid and gel-tabs are most commonly sold in ten strips (10 hits) they can also be purchased at larger quantities of one hundred hits, or a “sheet”. One hit of LSD is roughly 100 micrograms and provides a high that can last anywhere from 6 to 12 hours. As mentioned, there are one hundred hits of lysergic acid in a vial or on a sheet of LSD. Vials and sheets can go from $200 to $500 depending on your source, making the cost of LSD dramatically less expensive per dose when purchased in volume. LSD purchased on the dark web often falls into the middle of the $5 to $25 price range. The dark web tends to be slightly cheaper than the high price range because many individuals who sell LSD on the streets source their LSD from the dark web and mark it up. If purchasing even larger quantities you are looking at spending around $2000 to $3000 for a tenth of a gram which provides roughly 1,000 hits whereas a full gram of LSD, (a rare find) is sold for around $15,000 to $20,00 and provides 10,000 hits of LSD, but that is a lot of LSD to consume! When purchasing in quantity be sure to store the access amount of unused LSD properly. LSD breaks down under ultraviolet light. Store unused product in a cool, airtight, dark place. Even with proper storage, the potency of LSD slowly deteriorates.

How Much Does LSD Cost When Purchasing Branded Microdoses

In this day and age, most of the general population with access to the news or a computer has heard of microdosing LSD. It has hit the mainstream with veracity and so it comes as no surprise the number of LSD Microdose Brands that can now be found, still on the black market of course. Microdosing LSD is essentially ingesting about one-tenth of a proper dose of LSD but the price point only slightly reflects the significantly less amount of LSD you are purchasing. To microdose in the most cost-effective way, break down a hit of LSD into tenths. If you don’t trust yourself to properly break acid down to microdoses, be prepared to spend anywhere from $50 to $100 which typically provides about 30 to 60 microdoses or a month’s supply. To break your LSD down into microdoses it is wise to use a a tincture bottle with a dropper to properly measure each dose.

What is the dosage of one hit?

One hit of acid is roughly 100 micrograms of LSD and equates to one tiny drop of liquid or a very small tab of paper, pill or gel tab. Some tabs, paper, or pills can provide around 3000 micrograms per dose. The infamous orange sunshine barrels produced in the late 60s and early 70s by the Brotherhood of Eternal Love, an underground group that dedicated their life work to producing and distributing LSD, held around 300 micrograms and came in orange barrels. There are a few of these still floating around and as good as ever if you find yourself so lucky as to come across such a gem.

Sheets of LSD can vary in dosage from standard 100 micrograms to 250 micrograms. The increase in potency of course increases the price point to about double. Paper LSD is less seen on the streets but a great way to market a brand when using LSD blotter art. Blotter art can help with quality control and be useful in knowing what type of LSD you are purchasing. The world of LSD Blotter art is a history worth exploring. Disclaimer: LSD is potentially categorized as an illegal drug. Reality Sandwich is not encouraging the use of these drugs where prohibited. However, we believe that providing information is imperative for the safety of those who choose to explore these substances. This guide is intended to give educational content and should in no way be viewed as medical recommendations. lsd lysergic acid psychedelic microdosing delysid