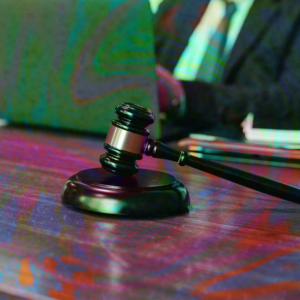 The month of May has been big for psychedelic policy reforms. While Texas’ psychedelic study bill for military veterans passed, California’s psychedelic decriminalization bill was approved by a key committee, and is now headed to the Senate floor for a full vote.

In addition to the major psychedelics bills, the case against the Drug Enforcement Administration for refusing access to psilocybin therapy for the treatment of end-of-life distress was made stronger by nine attorneys general filing amicus briefs in support of Seattle-based Dr. Sunil Aggarwal. Meanwhile, advocates fighting to decriminalize psychedelics in the United States seemed split on the deregulation of peyote.

HB 1802 was sent to Governor Greg Abbott on May 31. This latest development came a week after it was approved by the Texas state Senate by a vote of 25-5.

Rep. Alex Dominguez’s bill underwent a series of amendments, including a budget balancing in the Senate. The budget amendment ensures that the study will only be commenced once the funding has been allocated.

“I am honoured by the Senate’s approval of this important bill and look forward to seeing the results of this study,” Dominguez says in a press release. “Psychedelic medicine has the potential to completely change society’s approach to mental health treatment, and research is the first step to realizing that transformation. It’s said that ‘as goes Texas, so goes the nation.’ While states across the country consider how best to address the mental health crisis facing our nation, I hope they once again look to Texas for leadership.”

The House had approved the bill by a vote of 134-12 on May 6. While the bill’s original text suggested studying psychedelic substances for a wide range of mental health issues, it was later amended to study MDMA, psilocybin, and ketamine for military veterans. A House committee also approved an amendment for clinical trials of psilocybin for veterans with post-traumatic stress disorder.

After its bill cleared a key committee, California is closer to making history by decriminalizing psychedelics, including psilocybin mushrooms for personal mental wellbeing.

The Senate Appropriation Committee’s passed Senate Bill 519 by a vote of 5-2 on May 20th, which sent it for a full vote on the Senate floor. The approval was key to the bill’s advancement, and would have otherwise stalled it for the current session.

Sen. Scott Wiener introduced SB 519 in February, proposing to decriminalize simple possession of psychedelics. If passed, the legislation “would make lawful the possession for personal use” and “the social sharing” of psychedelic plants including DMT, ibogaine, LSD, mescaline, psilocybin, ketamine, and MDMA.

The Senator excluded peyote from the decriminalization bill, citing “the nearly endangered status of the peyote plant” and its significance in Native American spirituality.

The legislation is scheduled for a full vote in the Senate on June 4.

In his platform for Mayoral Office in New York City, Andrew Yang issued a statement of support for the legalization of psychedelics, as well as other substances used in treating PTSD, and for facilitating their use in therapeutic settings.

‘Andrew Yang will facilitate affordable access to cannabis, including as part of therapeutic settings for the treatment of PTSD,’ the proposal says. ‘He will also encourage information-sharing and cooperative study of effective mental health therapy utilizing cannabis and psilocybin, between the Department of Veterans Affairs, NY Health+Hospitals, local universities, and medical professionals.’

Citing the recent study results by MAPS on MDMA-assisted therapy and PTSD, Yang also indicated that his administration will be ‘ready to increase access to other substances in controlled settings, such as MDMA therapy, which is nearing the third stage of FDA trials.’

The proposed efforts would be carried out in partnership between the U.S. Department of Veterans Affairs and the medical community.

Previously a candidate for the 2020 Democratic presidential primary, Yang previously extended his support for marijuana and psilocybin legalization during an online forum hosted by VOCAL-NY in March.

A group of attorneys general representing eight U.S. states and the District of Columbia filed amicus briefs supporting a Seattle-based doctor’s case against the DEA for refusing access to psilocybin on May 21.

The group of attorneys general argued in the U.S. Court of Appeals for the Ninth Circuit that the DEA “overstepped the limits of its authority” by not recognizing the RTT law and its status under the U.S. Controlled Substances Act.

“The DEA’s interpretation raises at least a serious doubt. It intrudes on intimate medical decisions of traditional state concern, without any substantial connection to interstate commerce. To effectuate congressional intent, this Court should recognize that the CSA does not preclude [the] use of any eligible investigational drug under the RTT Act, which also provides immunity for such use,” the attorneys general of the States of Washington, Arizona, Delaware, Illinois, Michigan, Minnesota, Ohio, and Oregon, along with the District of Columbia, stated in their amicus briefs.

Francis Collins, director of the National Institutes of Health (NIH), touted the potential therapeutic benefits of psychedelics during a Senate Appropriation subcommittee hearing in the last week of May.

Replying to Sen. Brian Schatz’s (D-HI) about psychedelics and cannabis, Collin says, “There has been a resurgence of interest in psychedelic drugs, which for a while were sort of considered not an area that researchers legitimately ought to go after.”

He continued, “I think as we’ve learned more about how the brain works, we’ve begun to realize that these are potential tools for research purposes and might be clinically beneficial.”

Collins said that the new research on psilocybin and its potential to treat depression is “quite exciting” and that the institute is looking at new approaches for treating mental health issues.

He also mentioned that the NIH is communicating with the National Institute on Drug Abuse (NIDA) to explore psychedelics for therapeutic benefits. “I think over the course of the next year we’re going to want to have a hard look at this,” Collin says.

Nora D. Volkow, the director of the NIDA also penned an op-ed earlier in May, siding with decriminalization of drugs to address the fallout of the opioid overdose crisis and racial disparities in law enforcement exacerbated by draconian War on Drugs laws.

U.S. psychedelic advocacy group Decriminalize Nature released a working plan for peyote conservation in May, expressing their desire to protect the peyote cactus for indigenous communities and Native American Churches.

The move came after an open letter by the Indigenous Peyote Conservation Initiative (IPCI) asking the groups leading psychedelic decriminalization movements to exclude peyote from their resolutions.

“This is not due to opposition to decriminalization efforts in general, but because there is an entire conservation strategy already underway,” IPCI Committee writes. “It is important this effort not be interrupted or diluted. Individual, state, or local decriminalization efforts that include peyote can be disruptive to the nationwide strategy driven by Native American people to protect, conserve, and ensure the spiritual and ecological sustainability of peyote.”

“Decriminalize Nature advocates that Cultivation of Peyote by members of Federally Recognized Tribes and Native American Churches should be immediately decriminalized and removed from DEA oversight and regulations, increasing the ability of tribes and churches to choose this means of decreasing demand on the limited natural habitats,” DN wrote in its new resolution.

A joint Maine Senate and House committee approved a bill to decriminalize drugs on May 25, but the committee members were split on how the bill should be treated by the legislature in future.

Bill LD 967 is now headed to the House floor with three different reports and recommendations issued by the committee on how the legislation should be perceived by the legislature. Two Democratic senators argued that the bill should be revised to make second possession an offence that would mandate assessment along with a fine. The third subsequent offence would be treated as a misdemeanour. Republicans, on the other hand, suggested that the bill shouldn’t be passed at all.

The bill, introduced by Rep. Anne Perry in March, proposes to make possession of a small amount of illicit drugs a civil offence with a resultant fine. If the offender is unable to pay, they will be referred by the court to a licensed health care provider or drug treatment facility. The offender will not serve jail time despite their inability to pay off the fine.