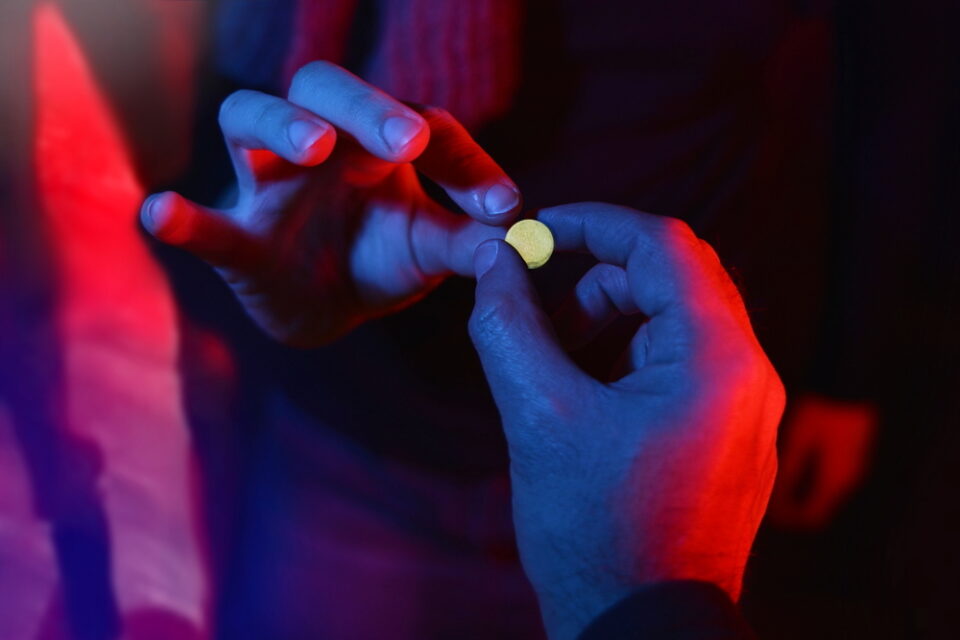 MDMA, or methylenedioxymethamphetamine, has become more of a psychedelics wonder drug today, distancing itself as the rave party fuel (ecstasy or Molly) that it was in the 1980s and being positioned as the wonder drug that psychedelics researchers have hoped for.

There are 69 MDMA studies either completed or ready to begin in the U.S., Switzerland, Spain, the Netherlands, Canada, the UK, Germany, and Israel. Nearly half are for PTSD.

All this encouraging treatment news comes from a substance patented over 100 years ago by the pharmaceutical giant Merck in 1914. MDMA was found to have an onset of 30-45 minutes, and create a two to four hour experience characterized by euphoria, increased well-being, sociability, self-confidence, and extroversion.

Psychiatrists used MDMA briefly in the 1970s and 1980s before it ended up as a party drug.

As a result of the use of MDMA being overused in raves and causing deaths and injuries, the Drug Enforcement Administration (DEA) declared an emergency ban in 1985 and listed it as a Schedule 1 drug.

But that did little to slow down the progress of its development. In the early 1990s, the FDA approved the first human trial exploring whether MDMA could help relieve pain in terminally ill patients, as well as serve as an adjunct to psychotherapy.

Then MDMA began inching its way up the list of substances to study with psychedelics researchers when, in 1998, research with humans began in earnest at the UCLA Medical Center. More interest was generated in 2011, with the results of the first randomized controlled pilot study into MDMA for PTSD.

In 2017, the FDA granted breakthrough therapy designation for MDMA to the Multidisciplinary Association for Psychedelic Studies (MAPS), an organization intent on driving further development.

In 2020, a MAPS phase 3 clinical MDMA trial was successful, and a second phase 3 trial is currently underway supported by $30 million in funding. “It’s only now in 2020 that we have been able to generate evidence supporting safety and efficacy in the context of an FDA-regulated Phase 3 clinical trial,” Rick Doblin, founder and executive director of MAPS, wrote in a MAPS bulletin after the first clinical trial. “Our current timetable for the potential of FDA approval is the first half of 2023, 37 years after the DEA kept both the therapeutic and social use of MDMA illegal.”

MDMA’s moment in the limelight will continue growing, as the need for any help with PTSD expands nearly daily. The MAPS clinical trial researchers noted that the timing is right for MDMA. “We may soon be confronted with the potentially enormous economic and social repercussions of PTSD, exacerbated by the COVID-19 pandemic. Overwhelmingly high rates of psychological and mental health impairment could be with us for years to come and are likely to impart a considerable emotional and economic burden. Novel PTSD therapeutics are desperately needed, especially for those for whom comorbidities confer treatment resistance.

“Not only is MDMA-assisted therapy efficacious in individuals with severe PTSD, but it may also provide improved patient safety. Compared with current first-line pharmacological and behavioral therapies, MDMA-assisted therapy has the potential to dramatically transform treatment for PTSD and should be expeditiously evaluated for clinical use.”