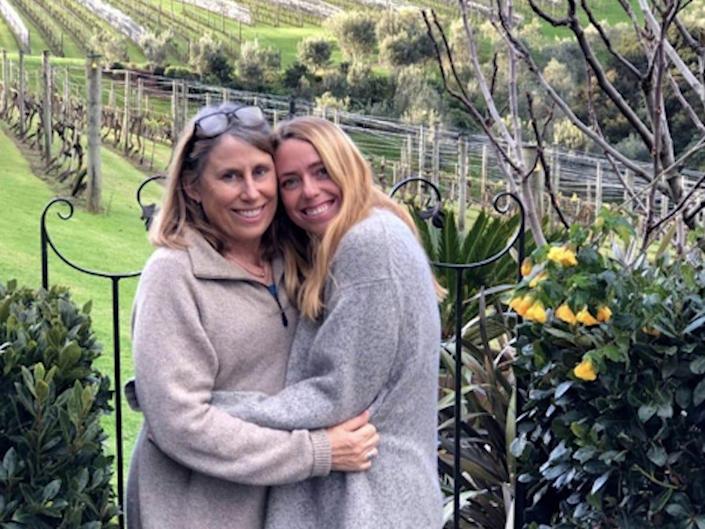 A mom fighting a nearly two-decade-long cancer battle is on a mission to help her daughter meet her perfect match.

First diagnosed with breast cancer in 2004, Beth Davis told Insider it wasn’t until June 2020 when doctors informed her that her illness had metastasized to stage IV, spreading to other parts of the body. But the former pharmaceutical rep says she’s no victim.

“It’s just one small part of me, it doesn’t define me,” Beth, 61, told Insider. “Most cancer patients, we don’t consider ourselves with an expiration date. We’re just living our lives and to the fullest.”

In doing so she decided to lend a helping hand to her 30-year-old daughter Molly by going on the adventure of a lifetime: finding her the one.

“Molly has been my wingman throughout this,” Beth said of her cancer journey, which started when her daughter was only 14. “From the moment she wakes up in the morning, she’s just lovely and tries to make everyone’s life better, so anyone would be lucky to have her.”

Apprehensive about using dating apps, the duo turned to the Wingman app in December 2021. They said what stood out to them was how singles looking for love are recommended by friends and family members, who tell personal stories about them on their profiles.

“Sometimes dating profiles, it feels weird kind of bragging about yourself,” Molly, who works in medical sales, told Insider. “But then having someone else tell a story about you, it’s more meaningful.”

Soon after submitting their application, their story caught the attention of Wingman CEO Tina Wilson.

Molly’s first thought when Beth said she’d been gotten an email from the CEO was that they’d been catfished.

But they said they quickly realized it was the real deal after speaking to Wilson, who offered to put Molly’s Wingman profile on a New York City Times Square Billboard just before New Year’s Eve and the ball drop.

In an email to Insider, Wilson said she wanted to help the pair expand their search by putting them front and center in Times Square.

“I swipe through thousands of profiles weekly as part of my job and when I came across Beth’s, she instantly stood out to me as someone I wanted to personally help,” Wilson said.

Beth and Molly, who are Boston-based, said they traveled down to see the ad in person for New Year’s Day.

“When I got out of that Uber, I turned the corner and looked up,” Beth said. “It took my breath away so much. I threw my head back, my glasses went flying.”

Molly said the billboard is right near 7th Ave, steps away from where the ball dropped.

Despite sharing some of the spotlight with popstar Olivia Rodrigo’s “Sour” album cover, Beth thinks her daughter stole the show.

“Poor Olivia, she’s next to you, and you’re outshining her,” Beth said she told Molly when they saw it.

Now the pair are waiting for Wingman to filter requests before Beth gets a chance to look through the applicants — a task she says she’s more than ready for.

And while Beth said she would love to see her daughter married with kids, given time restraints the ultimate goal is to find someone nice, with family values who is able to give her a great relationship.

“I know he’s out here. A person that wants to have that special relationship with Molly,” Beth said.

Read the original article on Insider

The post A mom with stage 4 cancer put up a Times Square billboard reading ‘Date my daughter’ to help find her perfect match appeared first on REPORT DOOR.