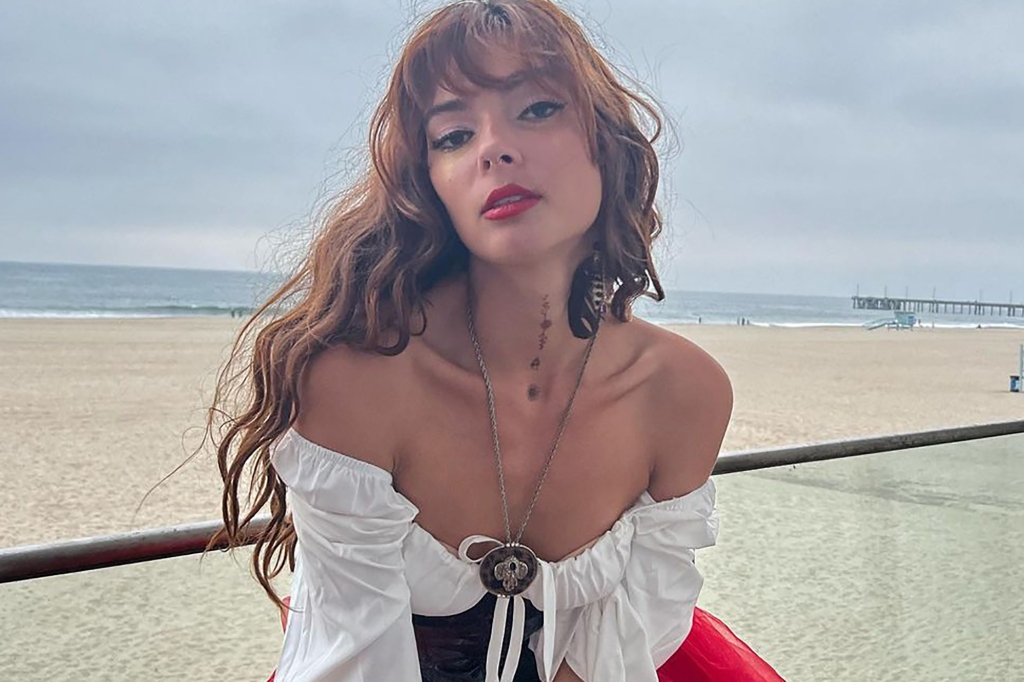 A newly released autopsy report revealed chilling details about the deaths of two women who were dumped by masked men at Los Angeles hospitals after they overdosed.

Police believe model Christy Giles, 24, and her architect friend Hilda Marcela Cabrales-Arzola, 26, became unresponsive in a man’s apartment after a night of partying in November, according to the autopsy report on Giles completed by the LA County Coroner.

Toxicology reports showed Giles had multiple drugs in her system – including a gamma-hydroxybutyrate acid, commonly referred to as the date rape drug.

“After they became unresponsive, the suspect did not call 911, rather took his time to remove his license plate from his car,” the report said. “Suspect and another individual drove the two victims separately to the different hospitals where the suspect dumped their bodies.”

Two men loaded Giles into the back of a car and dropped her in front of Southern California Hospital – Culver City.

“One of the males told a security guard the two men observed [Giles] wandering around a neighborhood and thought they would do the right thing by bringing her to the hospital,” the report stated.

The model couldn’t be resuscitated and was declared dead. Cabrales-Arzola was dumped at Kaiser Permanente West Los Angeles Medical Center and died on Nov. 24 after she was reportedly declared brain dead.

Giles also had a deadly combination of cocaine, fentanyl and ketamine in her system when she died, according to the report, which was obtained by The Post. A friend later told investigators that Giles was afraid of needles and didn’t use heroin or fentanyl because of fears of their dangers, the report said.

Cabrales-Arzola had tested positive for cocaine and MDMA, the drug commonly known as ecstasy.

Jan Cilliers, Giles’ husband, told The Post that the Coroner’s findings gave him some hope that the case could finally move forward.

“It’s what we’ve been feeling all along … that they were murdered,” said Chillers, who received a copy of the report late last week.

“It’s also still so heartbreaking to read that these were her last moments. You know, the sadness came back. While it was not a surprise, it’s good to get that confirmation … and I hope it encourages the District Attorney to press charges against them.”

On Nov. 12, the two women and another friend went to a bar, then a rave in LA where Giles used marijuana, coke and ketamine, a sedative known by the street name of Special K, the autopsy said.

The pair eventually joined three men at a residence early the next morning, but a witness said Giles sent a text message saying she wanted to leave shortly after getting there.

“[Gile’s] friend reportedly ordered an Uber for them; however, no one went outside to take the Uber when it arrived,” according to the report.

David Pearce, 40, was arrested on December 15 in connection to the women’s overdose deaths, but the Los Angeles County District Attorney’s Office has yet to file charges.

He remains in a Los Angeles jail on a $3.4 million bond on a separate rape and sexual assault case involving four alleged victims.

Pearce is facing two counts of forcible rape, one count of raping an unconscious or asleep person and one count of sexual penetration for a foreign object.

He has pleaded not guilty to those charges and is scheduled to appear in court on April 25.

Two other men, Michael Ansbach, 47, and Brandt Osborn, 42, were also arrested in connection to Giles and Cabrales-Arzola’s deaths, but have not been charged.

Ansbach, a cinematographer and cameraman, was released on December 16 on $100,000 bond. Prosecutors also have yet to file charges against him.

Prosecutors decided there was not enough evidence regarding Osborn and reversed his arrest as a “detention,” according to Los Angeles County Sheriff’s records.

The post Autopsy of model, friend who were dumped outside LA hospitals released appeared first on REPORT DOOR.